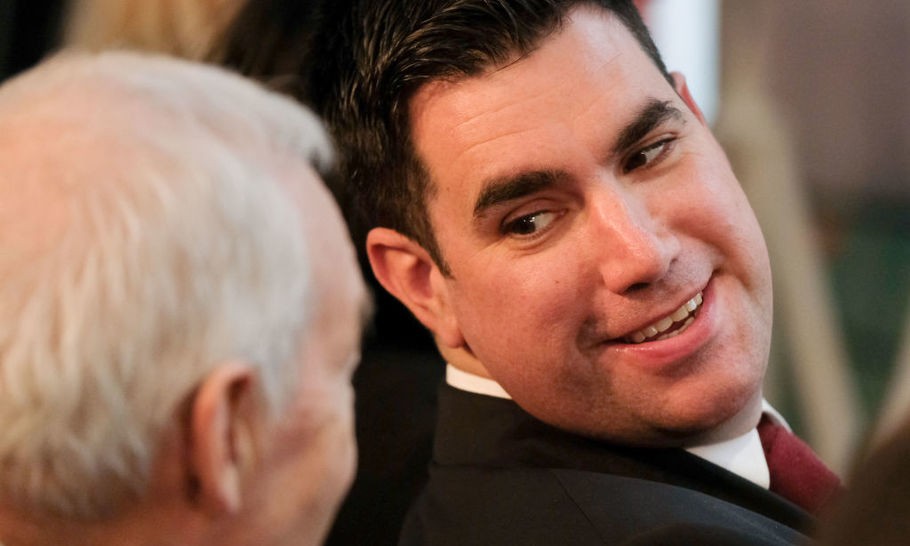 Tomorrow night, Jews around the world will gather to celebrate the Seder – the beginning of the festival of Pesach (Passover). The meal is structured around the retelling of the story of the Jews’ exodus from Egypt and return to what we now call Israel.

That, at its essence, is Zionism. The belief that there should be a home, a safe haven, for the Jewish people, who have faced continued threats of extinction for millennia.

Having been caught misleading Andrew Neil, never a wise thing to do, Burgon is trying to weasel his way out of it. He said that “the simplistic language used does not reflect how I now think about this complex issue and I would not use it again today”. That may be so, but there is little evidence that he has gone on a journey, like his colleague Naz Shaz – who made a real effort to understand the hurt she caused the Jewish community – nor that he is prepared to. He has barely even apologised.

Burgon clearly felt that he was being clever by starting his remarks by saying that  “Zionists” not “Jews” are the enemy of the Palestinians. I’m not entirely clear who he thinks the vast bulk of Zionists are, but if he thinks that attempt at differentiation does him any favours, I’ve got some news for him.

“I was criticising Benjamin Netanyahu’s government … I made it explicitly clear that I was of course not speaking about Jewish people,” Burgon said elsewhere in his non-apology statement. That attempt at clarification is as grotesque as the original comments. What Burgon is saying is that Jews are fine, so long as they do not want there to be a state of Israel, a Jewish homeland. It is the classic good Jew/bad Jew trope and it is beneath contempt.

That video also shows Burgon ranting that he was ‘proud’ to have never been a member of Labour Friends of Israel, and that he never would be. He calls on his audience to look-up which MPs are involved in the organisation and demand they quit ‘in protest over what’s happening now in Gaza’. It is a stomach-churning nod to a host of antisemitic conspiracies about the ‘Jewish lobby’ or the ‘Israel lobby’, and asking Jews in the diaspora to be accountable for the actions of a government thousands of miles away.

Furthermore, nowhere in the clip that I’ve seen does he actually mention Netanyahu. To now pretend that is what he was talking about and imply that Netanyahu’s brand of nationalist politics is not just the only thing he could have been referring to, but the only thing that Zionists support, is not an issue of clarifying “simplistic language”. It is disingenuous, dangerous, and so stupid as to be worthy of pity.

Burgon has followed the tactics of all those caught up in this never-ending saga before him – make a half-hearted non-apology and hope it all goes away. The ease with which he has been successful in that tells us everything we need to know about how seriously the current Labour leadership takes antisemitism.

His original comments were ignorant, to say the least. The revelation of his untruthful denial should have seen him immediately removed from the frontbench. Yet there he remains, potentially the next Lord Chancellor. As the former Labour MP Ian Austin, who quit the party over antisemitism told the Telegraph: “To have said this in the first place is pretty terrible and to have been caught out not telling the truth about it, denying it … I think it makes his position completely untenable.” Except, under the current regime, it doesn’t.

Journalists have held Burgon’s feet to the fire on this, reporting his comments, denials and reversals and questioning him on it. However, I can’t help feel a sense of fatigue, a feeling that actually antisemitism is so institutionalised within Labour now that it is ‘priced in’. I fear now that people are so used to such revelations about people at all levels of Labour that they just expect it. Instead of it being a reason to not vote for the party, each new incident is greeted with a weary ‘yeah…but…renaitionalising the railways…tuition fees…’ It is not good enough. Whatever Labour policies one might support, no party that lets such loathing for a minority community fester should be allowed anywhere near power.

One of the key moments of the Seder service is the song ‘Dayenu’, meaning ‘enough’. It is a song of gratitude and thanks. ‘Dayenu’ was also the phrase on placards when, over a year ago, the Jewish community took to Parliament Square to highlight the antisemitism in Labour. As they sit tomorrow night with Richard Burgon’s remarks still ringing in their ears, Jews would be forgiven for wondering if Labour will ever understand that enough really is enough.