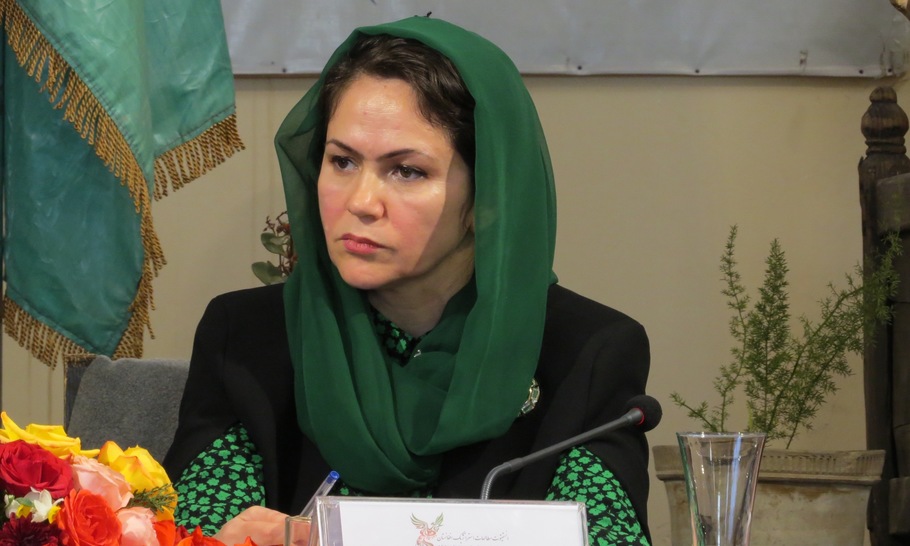 For years, American officials have said that the peace process in Afghanistan must be Afghan-owned and Afghan-led.

But until now, the government in Kabul has not been involved in 18 months of talks between United States and the Taliban, who call it “an impotent and incapable governing system,” illegitimate and a US puppet.

The US-Taliban deal spells out the conditions for the withdrawal of US forces in exchange for counter-terrorism guarantees by the group. But it leaves many of the big questions on Afghanistan’s future to intra-Afghan talks that are due to follow 10 to 15 days after the signing of the Doha agreement.

Details of the intra-Afghan talks are vague. The Taliban said that any government official who does attend will be doing so in a private capacity, then invited the Kabul administration to put together a contact group. Those six Afghans, chosen by the Kabul government, are in Doha to meet the Taliban and set an agenda for intra-Afghan talks.

In advance of the start of talks with fellow Afghans, the Taliban appear to be trying to load the deck. In a video message on February 17, that was the first confirmation that the Taliban would sign the US deal, Abdul Salam Hanafi, a member of the Taliban’s media commission, said that intra-Afghan talks would begin once 5,000 Taliban prisoners had been released.

The Taliban have since clarified it would be an exchange — 5,000 Taliban prisoners for 1,000 Afghan security forces in Taliban custody.

Sediq Sediqqi, spokesman for President Ashraf Ghani, said the government had not agreed to the release of prisoners, and called the Taliban’s assertion a “media stunt promoting a false narrative”.

“I think it’s a very unrealistic expectation that you want 5,000 of your prisoners to be released immediately after you sign the agreement,” said parliamentarian Fawzia Koofi (pictured), who was forced to give up her dream of becoming a doctor when the Taliban took over Kabul in 1996.

“I think [the release] has to be over time with trust-building mechanisms. There has to be a vetting process of their cases and their files and what they have committed. The laws of Afghanistan should be respected,” she said.

The Taliban have not made clear what law they will respect as they move forward with negotiations. Many Afghans were outraged when it emerged last summer that the draft of the agreement due to be signed referred to their country as the Islamic Emirate of Afghanistan. That is its name under Taliban rule, as opposed to the Islamic Republic of Afghanistan, as it is currently known. Afghans feared it was a sign the Taliban want to go back to the way things were.

When they were in power, the Taliban imposed a strict Islamic system, banning music and pictures, forcing men to grow beards, preventing women from going outside on their own and denying them the right to education and work.

The big question among Afghans is whether the group has changed, “They should be part of the government, they are Afghans,” said Abdul Hadi, a twenty-something with a university education. “I think they will change when they come to our country.”

Others are more wary. Koofi was one of only two women who were part of an unofficial delegation that met with the Taliban in Doha while US talks were going on. She believes the Taliban is divided, that the political group in Doha has different beliefs to those fighting on the ground in Afghanistan.

“It will be very difficult to completely trust groups that are engaged heavily in violence,” she said. “They have been using guns as a means of raising their voice and we have been using our voice as a means of presenting our demands, so we are different and it will take a lot of effort to bring us together.”

The mechanism for the sort of unity Koofi speaks of will be the intra-Afghan talks.

One big point of leverage the government has is the Taliban prisoners in their custody. Orzala Nemat, who heads the Kabul think-tank the Afghanistan Research and Evaluation Unit, says the government should not release any prisoners before the negotiations.

“They will have to be released, but only after there is an agreement as a result of intra-Afghan dialogue about a ceasefire. If the Taliban declare a ceasefire and not just for a few days, but for a long term, then prisoners can be released.”

She agrees with Koofi that, even then, individual prisoners would have to be vetted to ensure anyone violent or dangerous is not freed.

It’s unclear whether military fighters are pressuring the Taliban’s political arm for the release. The Taliban, on their “Voice of Jihad” website, say the success of the February 22-29 reduction in violence, leading up to the signing, shows they are speaking as one.

The government cannot say the same. There is political division in Kabul in the wake of long-awaited results of September’s presidential elections. Ghani, the incumbent, was declared the winner. His rival Abdullah Abdullah called the vote fraudulent, proclaimed himself victorious and said he was going to set up a parallel government.

US pressure seems to have headed that off for now, but the two camps are at odds over who should be in the delegation that negotiates with the Taliban. Those divisions could put the government at a disadvantage.

“The early period of negotiations will be difficult because there’s still a lot of work to do in developing consensus-based positions on each side,” said Laurel Miller, the director of the International Crisis Group’s Asia programme. “Parties have not fully developed what negotiating positions they have. Nor what their initial positions would be.”

But the Taliban seems to know what it wants: first, a prisoner exchange, that much is clear. But then what?

“If it isn’t Afghan-led, there can be no real peace in Afghanistan,” said a senior Afghan official.

After the US-Taliban deal is signed, it will be the Afghans’ turn to talk to the Taliban. Finally, after 40 years of war, almost 20 with the Taliban, Afghans will have to decide their own fate.