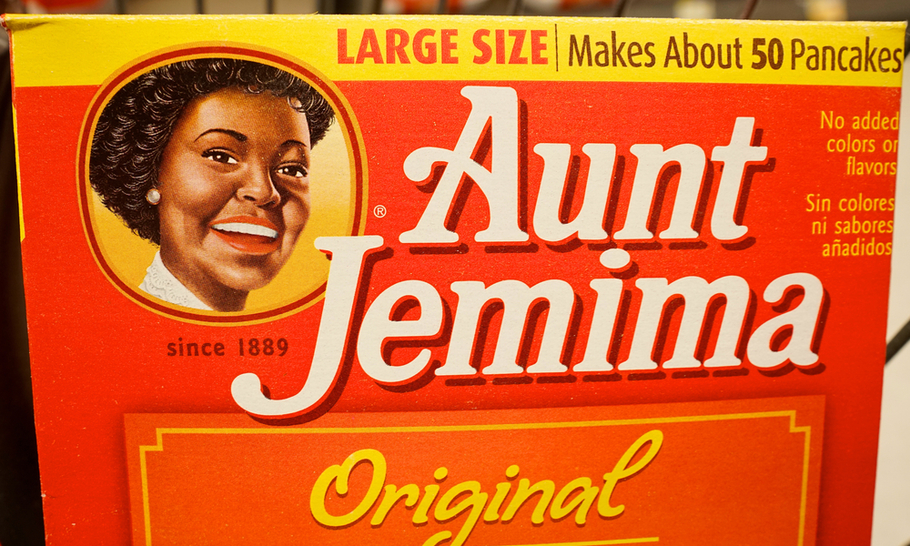 The anti-racism/Black Lives Matter protests around the world have had moments of peaceful reflection as well as violent upheaval. There have been difficult discussions about race and racism, name changes on buildings and for musical groups, public personalities apologising and/or getting fired for past behaviour, and historical statues either being removed, vandalised or destroyed.

The cancel culture’s repeated attempts to eliminate or adjust history have troubled many people, including me. Yet, there have been several instances where a proposed societal transformation would ultimately have little downside.

Here are some examples.

On June 17, the Quaker Oats Company announced that the 131-year-old Aunt Jemima product line, which includes maple syrup and pancake mix, will undergo a complete overhaul. A new brand name and logo will be introduced in the fall. Why? This product’s history has long been steeped in racial overtones and prejudices which are simply impossible to ignore.

Aunt Jemima’s name was first introduced in the 1875 song “Old Aunt Jemima,” written by the black minstrel show performer Billy Kersands. Most historians believe it was inspired by old slave songs and folk rhymes. The main protagonist is an offensive Southern “mammy” archetype of an overweight black woman wearing a headscarf and apron who cooked, cleaned and took care of the children of a wealthy, white family. While black entertainers would occasionally play this character on stage, it was more traditional sung by a white man in blackface playing the banjo.

A version of Kersands’s song can be heard here. It’s believed he wrote a couple of additional versions — and some white minstrel musicians, including James Grace, may have added lyrics later on. The song has a distinctly racist tinge, and is definitely a product of its time. Here’s a small portion of one stanza:

According to Marilyn Kern Foxworth’s Aunt Jemima, Uncle Ben and Rastus: Blacks in Advertising, Yesterday, Today and Tomorrow (1984), the “Aunt Jemima trademark had its beginnings in Missouri.”

Chris L. Rutt, managing editor of the local St. Joseph News-Press (now St. Joseph Gazette), bought a flour mill with Charles G. Underwood in 1888 and invented a “self-rising pancake flour” or ready-mix, a year later. He began “his quest for a name and package design for his unprecedented product,” and it “would be found in an unusual place… a vaudeville house in St. Joseph, Missouri.” Baker and Farrell, the blackface minstrel comedians, played a “jazzy, rhythmic, New Orleans-style Cakewalk performed to a tune called ‘Aunt Jemima’” that evening, which was a version of Kersands’s “Old Aunt Jemima.”

“Mesmerised,” wrote Kern Foxworth, “Rutt knew that the song and costume projected the image for which he had been searching. He decided to mimic it, using not only the name but the likeness of the Southern mammy emblazoned on the lithographed posters advertising the act of Baker and Farrell, thus beginning a new era in advertising.” Indeed, it would become “the first time a living person would be used to personify a company’s trademark.”

Rutt and Underwood’s Pearl Mill Company was unable to keep afloat financially. They sold the Aunt Jemima product line to Missouri’s largest flouring mill, the Randolph Truett Davis Milling Company, in 1890. Davis tinkered with the product, sold the first Aunt Jemima rag dolls and trinkets on the mass market, and changed its name to Aunt Jemima Mills Company in 1914. Quaker Oats bought it in 1926, and registered the trademark in 1937.

Which brings us to another interesting aspect of this story.

Some have argued that Nancy Green, the first woman to play the role of Aunt Jemima, should be viewed as an American success story. She was born a slave in Kentucky, lost her family during the Civil War, and was hired by Davis with the promise of a “lifetime contract.” While Green appeared as Aunt Jemima at the Chicago World’s Fair in 1893, and was the face of the company at fairs, carnivals and grocery stores, the story wasn’t completely accurate. Her lifetime contract only lasted 20 years — and when she wouldn’t travel to the 1900 Paris Exhibition, she was immediately replaced by Agnes Moodey. She worked as a housekeeper in relative anonymity, died in 1923 after being crushed by a car, and was buried in an unmarked grave until 2015.

If that’s a success story, I don’t want to know what a failure would be.

Quaker Oats, which is owned by PepsiCo, has tried to modernise the Aunt Jemima logo a few times, most recently during the product’s 100th anniversary. Relatives of former Aunt Jemima spokeswomen Lillian Richard and Anna Short Harrington even told NBC News on June 22 they have some concerns about rebranding. The former’s great-niece, Vera Harris, said, “I understand the images that white America portrayed us years ago. They painted themselves Black and they portrayed that as us…however, I just don’t want her legacy lost, because if her legacy is swept under the rug and washed away, it’s as if she never was a person.”

Alas, no matter how many times they attempt to do the right thing, the product’s controversial history won’t go away. Quaker Oats needed to do something radically different to create a proper amount of distance. So, I get it. How they’ll successfully rebrand this century-old product is beyond me, but that’s the challenge they face.

Later that day, the social media mob turned its eyes to Uncle Ben’s food products. Mars, Inc., the current owner, announced the product line will be “evolving,” but there’s no definitive strategy on the table.

Uncle Ben’s has a different history to Aunt Jemima’s. It has nothing to do with the Old South and 19th century minstrel shows. However, the 77-year-old product has real issues that need to be addressed.

The process of parboiling rice was discovered by German-British scientist chemist Erich Huzenlaub and British scientist/chemist Francis Heron Rogers in the 1910s. When the American businessman Forrest Mars, Sr. moved to the UK to expand his thriving candy business, he learned of Huzenlaub’s work in 1932 and formed a partnership. In 1942, Huzenlaub created the company Converted Rice, Inc. with US-based food broker Gordon L. Harwell, which became Uncle Ben’s. Mars bought him out in 1959, and has owned the product ever since.

The original Uncle Ben’s logo was an elderly black man in a chef’s hat and a bow tie. Mars claimed it was a representation of Frank Brown, a Chicago-based maître d’hôtel. This may be true, but some accounts dispute the history. There’s even a story that Uncle Ben was actually an African American Texas rice farmer, but this seems to be nothing more than a tall tale.

Here’s the issue. In the Old South, the term “Uncle” was commonly associated with older black male servants and slaves. As explained by Stuart Elliott in a March 30, 2007 New York Times piece, there’s long been a “contentious history of Uncle Ben as the black face of a white company, wearing a bow tie evocative of servants and Pullman porters and bearing a title reflecting how white Southerners once used ‘uncle’ and ‘aunt’ as honorifics for older blacks because they refused to say ‘Mr.’ and ‘Mrs.’”

Although Mars has attempted to modernise the Uncle Ben’s character, it just doesn’t work. Much like Rastus, the smiling black cook that’s been the logo of Cream of Wheat cereal since 1893, is an old, offensive pejorative for black Americans — and the logo of Mrs. Butterworth’s, a pancake mix and syrup maker, reminds some people of Aunt Jemima. (Both products are currently under review.)

When you put it all together, it’s time that Aunt Jemima and Uncle Ben depart from the scene for good. Both product histories are quite controversial, and the marketing strategies alone make for some difficult discussions about race and identity in modern America. If we’re going to change things in society, these two figures are probably a good starting point.