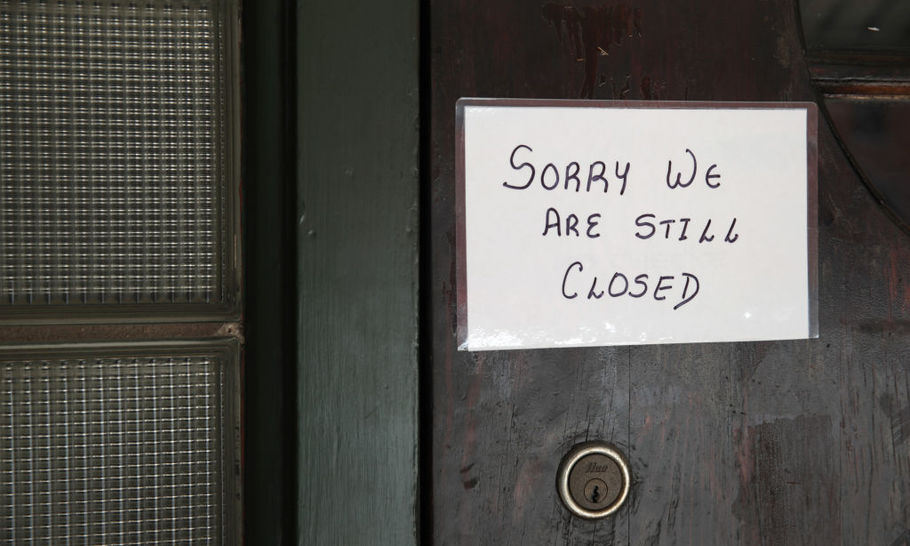 The Covid crisis is a tale of two conflicts. Right now, two battles of Britain are being fought out. One of them is practical, the other theoretical — but thousands of lives hang on the outcome of both.

The first is the campaign on the ground, in hospitals and care homes, in communities and laboratories across the country. Though there is a long way to go before victory, we can agree that the battle against coronavirus is being won. Now that the fog of war appears to be lifting, it is clear that the death rates are declining steadily and may soon dwindle into insignificance. The Chief Medical Officer, Professor Chris Whitty, says that mortality levels from Covid-19 have now fallen to those of a normal influenza outbreak.

Alongside the practical war against the virus, fought by millions of medics and carers, another parallel war has been in progress throughout the pandemic. It is a war of words between different epidemiological models, implying rival approaches to public health. The most visible battleground has been over social distancing and lockdown, but the ramifications of the debate are much wider than that. The prosperity and well-being of the nation are at stake.

The Health Secretary, Matt Hancock, has now given us the facts about the pandemic, as the Government understands them. So far, some 3.9 million people have contracted and recovered from Covid-19, about 6.9 per cent of the population. There are wide regional variations, with London showing the highest incidence of recovery at 17 per cent, while other areas still have very low levels and are potentially more at risk. Deaths from Covid-19, believed to be around 50,000, are running at just over 1.2 per cent. Hancock did not cite specific sources for these statistics, but we may presume that they have been approved by Sage, the Scientific Advisory Group for Emergencies.

Elsewhere, however, a very different picture emerges from data presented by Sunetra Gupta, Professor of Theoretical Epidemiology at Oxford. Her group there produced a rival model of the pandemic to the Imperial College one that, during those fateful days in March, informed the Prime Minister’s decision to abandon a laissez-faire approach to the crisis and instead to impose a lockdown. The Gupta group postulated that half the population might already have had the virus and that fatalities might be as low as 0.1 per cent. The implication was that Covid-19 was a mild disease and extreme prophylactic measures, such as lockdowns, were unwarranted. Oxford lost out to the Imperial model, but the argument rages on.

In an interview for UnHerd, Professor Gupta reveals that she feels vindicated by events over the past two months. She rejects evidence from antibody tests as both unreliable and misleading. Many of those who have been exposed to the virus, she argues, may have other types of immunity that the tests don’t detect. In her view, this hidden immunity explains why the patterns observed across the world in the progression of the virus are relatively unaffected by different government policies.

The bottom line, for Professor Gupta, is that “the epidemic has largely come and is on its way out in this country”. She believes that the fatality rate is now “definitely less than 1 in 1000 and probably closer to 1 in 10,000”. There  is, therefore, a difference of orders of magnitude between the Government’s estimate of a fatality rate of 1.2 per cent and the Gupta group’s guess of between 0.1 and 0.01 per cent.

Professor Gupta has been highly critical of the lockdown from the start and she now advocates a much faster exit strategy than the Government and its scientific advisers envisage. She rejects their dependence on the R number (reproduction rate) as a guide to policy, because she doubts the reliability of official figures on immunity. The only certain statistic is the number of deaths and she fears that staying in lockdown may even be “extremely dangerous from the point of view of the vulnerability of the entire population to new pathogens”. Protecting the vulnerable did not, she thinks, require lockdown. With hindsight, it was a mistake to reduce the number of hospital beds over decades — a public health orthodoxy that has now been rapidly reversed.

Professor Gupta is not alone in her view that levels of immunity have been underestimated. Professor Karol Sikora, the eminent oncologist who has been an influential and knowledgeable commentator throughout the crisis, tweets: “Professor Sunetra Gupta is a lady we should all be listening to. I completely agree with her.” It is worth pointing out, however, that in her interview, Gupta distances herself from unwelcome libertarian allies among the lockdown sceptics: “I think it is unfortunate that those of us who feel we should think differently about lockdown have had our voices added to that libertarian harangue.” Her critique is quite different. It is egalitarian rather than libertarian: “Lockdown is a luxury, and it’s a luxury that the middle classes are enjoying and higher income countries are enjoying at the expense of the poor, the vulnerable and less developed countries.”

Professor Gupta has a fascinating standpoint, in complete contrast both to the Government one. It turns out that “following the science” actually means choosing which scientists to follow. Such critics of the lockdown as Lord Sumption, who argue that individuals are entitled to take their chances rather than submit to “house arrest”, give less weight to the risk to the elderly and sick. Professor Gupta doesn’t question the state’s right to protect them, but suggests that lockdown may actually be making them more vulnerable.

Thus far, the theoretical war seems to have gone in favour of the scientific consensus that broadly supports and informs the Government. But the data is still incomplete and the jury is still out. Calls for the reopening of pubs, restaurants, festivals and so on are getting louder. Ministers warn that tourists and others who ignore social distancing risk a second wave. That is the practical war on coronavirus, in which we are all engaged. But the theoretical duel between a handful of academics in Oxford and London matters too. We should pay attention to both battles of Britain — and keep our minds open.