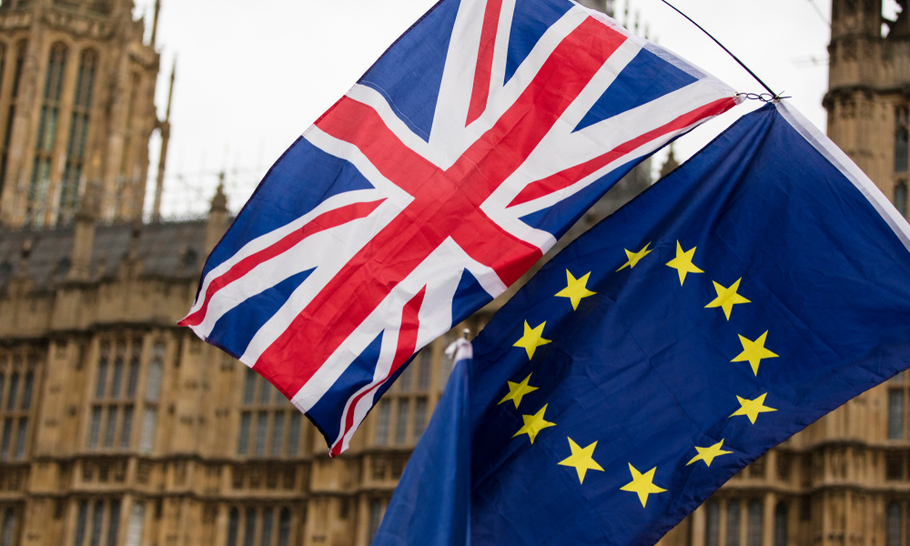 Five years ago today, the nation voted for something which seemed to some to be the Second Coming, and to others to be a victory of the forces of Satan. If anything became clear afterwards, it was that the centre could never hold around such an issue, and it certainly seemed, to carry on the Yeats analogy, that mere anarchy had indeed been loosed upon the political world. The imperishable legacy of the last half-a-decade is that Britain is a wholly different place from the one it was.

For its backers, Brexit was the hangover that never ended. After the heady celebrations and the promises of sunlit uplands ahead, the break of dawn sparked an inertia which only spelled a constant disappointment. For many of its cheerleaders, the euphoria of victory swiftly morphed into the gloom of responsibility. For the hardliners, the only feeling they remained drunk on was that of betrayal.

For its opponents, there was never any party in the first place, and for those who could never accept their loss, the years ahead resembled the symptoms of alcohol withdrawal more than anything. Failure compounded failure for the Remain movement, which was always left bereft of a leadership to give it any more than the dismal chances of changing its fate.

Whatever your view of the issue, two things are indisputable about the effects: that Britain is a nation more riddled with division than perhaps ever before, and that this country and Europe are now separated by a gulf that could take a generation to fill, if there is any will to do so. The first point requires some historical backing, which speaks itself of the distinctly modern nature of the divide. Whenever social tensions in Britain had reached their height before, whether over the Chartists or the miners’ strike, class has remained the main dividing line. Over the last 30 years, after the supposed ending of an old society by Mrs Thatcher, the lines drawn up by both sides are harder to define, even more difficult to overcome. Crudely, class war has been replaced by culture war, and Brexit was the worst realisation of this fact in the starkest colours.

Whatever Boris Johnson, Nigel Farage or Arron Banks can say, Brexit was and still remains an act idealised and perpetrated by many of the strongest in society backed up, to the infinite chagrin of its opponents, by some of the weakest. Across the country, wealth was no longer a signal of allegiance; both the comfortable provinces (“Middle England” if you will) and the declining industrial towns combined to make up the 52 per cent. Age was a much better determiner, so much so that it was, as with many elections before, the middle-aged who cast the deciding votes. Before long, it was not only age but education which would dissect the country into its embittered positions, and the culture wars bloomed into full flower.

Britain’s lamentable distance from Europe is a consequence even some of the most doctrinaire “Leavers” were able to predict. History should barely have to raise its arm in pointing the blame for such a retrograde step, and Margaret Thatcher at her most indomitable would find it hard to refute the charge laid posthumously at her feet. Debate rages as to whether the Iron Lady was ever a pre-ordained Brexiteer, but she certainly did more for that cause than any politician in Britain, before or since, in creating the climate for such mutual mistrust.

At a time when the behemoth of full European integration was still an embryo, Thatcher pursued her path of radical nationalism under the guise of righteous economic indignation, whether in her vituperative negotiating stances over the contributions to the European Community, the equally vicious dismissals of Monsieur Delors and all his plans, or the brutal split in her Cabinet over the Exchange Rate Mechanism which hastened her fall. All set the tone for what followed. We can then trace the origins of such a continental split to the same words of two very different people; from De Gaulle’s notorious repetition of “Non” in 1963 and 1967 and Thatcher’s threefold repetition of the same word, in English, 23 years later.

Brexit divides Britain, not so much over a clash of identities in its people as much as over the nation’s own identity. Britain remains for much of the world above all a post-imperial power, one for which Dean Acheson’s grating image of a country shorn of an empire and searching for a role still rings with aching truth. The main problem of the command to “take back control” was the inherent misconception that Britain would gain more power; instead leaving has only led to a wilful loss of influence not only among the courts of Europe, but that of Biden’s liberal America and its growing number of acolytes. It seems rather a hefty price for a different Australian trade deal.

The same is true of Johnson’s misty-eyed notion of a “Global Britain”, with its vague pretensions of riches in the more competitive markets of Asia and the Pacific, mainly as yet undiscovered by the diplomatic acumen of Liz Truss. Freed from Brussels’ bureaucratic shackles, we could be free to make merry with Singapore and India, New Zealand and the Philippines. Returns are as yet markedly scant. Such deals take time, yet the relative silence of the usually bumptious Johnson suggests it’s unwise to hang around waiting. Brexit was, just like the other populist movements which have prospered across the West, a protectionist idea at heart. Hence the popular pledge to claw back power to Parliament away from the clutches of a European “superstate” and to scorn a previous influence and any serious part in determining the future of a continent which in many areas is drifting away from the enlightened democratic virtues our leaders purport to extol. Meanwhile, Britain does not cruise ahead, nor sink “giggling into the sea”. We merely drift.

Like the bitterest of family rows, the unrelieved tediousness of the Brexit debate only managed to increase its longevity, since both sides showed such vigour in prolonging the fight. No one possessing either a sense of perspective or a normal level of patience should have been surprised by Johnson’s stunning returns in promising to get rid of the proverbial can rather than continuing to contentedly kick it further down the road. The apathy of the masses is as potent a force as the zeal of one man, and when wielded it is often behind a reactionary flag. But the power of both these feelings can often be the same, not least in their tendency to brush aside the most striking consequences under a populist apparel.

It is the voice of liberal England, so long presumed dead, which has been roused the most to some form of life by having to endure such consistent outrages to its principles. I have seen many normally amenable musicians provoked to rage by the damage done to their industry’s hopes of encouraging performers from Europe or elsewhere, let alone the trashing of the cultural links they saw to be immutable. The repugnant boast of the Brexiteer nationalist that his position allows him to love his country more, or to accuse their opponents of loving it too little, is answered by the quiet but forceful riposte that if they did not like their country they would leave it to its current fate. The same conservatives who used to lament the theft of any aspect of their native land now scorn those who do the same through the prism of the Brexit divide. It seems that such a mutual viewpoint is too entrenched for the simple passage of time to move.

Yet for those who have spent the time since 2016 in battle, the political future is unalterably bleak. One Liberal Democrat politician tells me that the time “to shout about” Brexit has passed, and that the “fight to save the UK” with the Scottish Nationalists presents the most imminent danger. Though the next Lib Dem manifesto will “undoubtedly” set out a policy to rejoin, the bravura of once-expectant Remainers is assuredly buried.

Despite all this, I have never been a dogmatic Remainer, nor ever pronounced a definite preference for leaving. At times the lure of pragmatism and an end to the collective quagmire so skilfully engineered by Theresa May made a “soft” exit look at least less damaging than the much-feared “crash-out” for which the extremists yearned. Extricating ourselves from the layers of bureaucracy seemed like a bonus, as did the notion that we could finally right a national wrong and reform the Common Fisheries Policy.

Yet this was ultimately to give in to the whole vision of the Brexit project, which had become so mired in borders, backstops and bills; to accept that Britain would abandon the European project which had been the greatest victor of 1989, and was the most prominent upholder of the ideals which the revolutions of that year espoused. It would be to give in to the anti-Establishment rhetoric from Johnson, Gove and Banks which irony does not waste itself with, but most of all to give in to the “apathetic grave” WH Auden spoke of when decrying a people’s willingness to follow the leader. That it would be to grudgingly back a deal which could only do harm to the standing of a country some of us have still got to grow up in.

A frequently drab but powerful rejoinder from a cultured Leaver is that they do not want to abandon Europe, merely a political system they feel has incorporated too much of it. They plead that their admiration for the continent is undimmed; that they can still feel moved by Schubert, uplifted by Mozart, inspired by Rembrandt. Britain and Europe will still be one cultural entity, but not a political one, we hear. I do not doubt their sincerity, but merely ask how leaving such a system could do anything but harm to those ties. Such ties which will, whatever the machinations of Whitehall or the minutiae of the Walloons, still be the best way of wrestling this country out of its inebriated reverie and hoping its leaders are indeed soon mugged by reality.