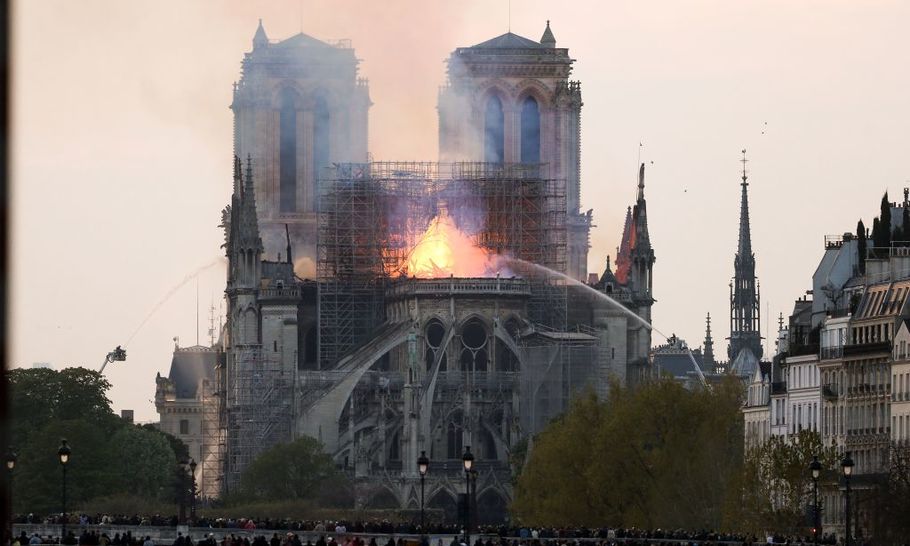 As the world watched in awe the awful sight of Notre Dame going up in flames, dark thoughts must have passed through many of our minds. How could it have come to this? How did France allow its most celebrated cathedral, which had survived so many wars and revolutions, to be destroyed in a few hours? And what does this conflagration imply about a European civilisation that seems to have turned its back on its Christian heritage?

While these and other questions are legitimate, we do not yet know all of the facts. Though the catastrophe unfolded with terrifying speed, the investigation will take much longer. As for the restoration: that may well be the work of a generation. It took centuries to complete Notre Dame; nobody should complain if its rebuilding requires decades.

It is surprising that the prosecutors immediately ruled out arson and terrorism; only time will tell whether they did so for forensic rather than political reasons. While it is undeniable that many French churches have fallen victim to vandalism, arson and terrorism in recent years, the authorities are right to exercise extreme caution before accusing anybody without evidence. We can only hope that the investigators are right and that the destruction of this noble pile has no connection with the jihadists who are thought to have threatened to carry out spectacular attacks on Parisian monuments.

Yet the evidence of neglect by the French state cannot be so easily brushed aside. Notre Dame had been undergoing restoration since 1991, but these works had been starved of cash and hence dragged out for far too long. Restorers lamented the state of the stonework and self-evidently corners were cut in taking precautions against accidents.

Only last year President Macron vetoed plans to charge visitors, even though the fabric of the cathedral had been severely damaged by the presence of tens of millions of tourists. The post-revolutionary tradition of laïcité has in practice meant that French cathedrals are treated as museums rather than places of worship. Yet the Louvre, for example, charges its visitors and nobody complains of its neglect. An unsympathetic attitude to architectural preservation on the part of state authorities drained cathedrals such as Notre Dame of some of the sanctity that is their raison d’être.

In an aggressively secular world, these sacred spaces are unique and ought to be more precious than ever before. If only we lavished as much care and attention on them as we do on the modern and postmodern buildings that have usurped their role. The truth is that we take the legacy of our medieval ancestors too much for granted. Just as with the natural environment, we value these irreplaceable things only when we lose them.

Europe, which was created by Christendom, is fast becoming the first post-Christian continent. Just as the Most Christian Kings of France have long since been replaced by the Presidents of the Republic, so the Catholic Church is rapidly being marginalised in French society. The media coverage of the fire barely noticed the primary function of Notre Dame, the faith that once gave meaning to its name. Is she any longer Our Lady? Or someone else’s?

More than a century ago Friedrich Nietzsche, the philosopher who proclaimed the “death of God”, asked: “What now are these churches if not the tombs and sepulchres of God?” If Notre Dame had been nothing more than a monument to a defunct deity, then we should no more weep for its burning than we would for a funeral pyre. And yet we grieve. In our hearts we Europeans know that the faith which built the medieval cathedrals has not died elsewhere. Even the greatest works of humanity are perishable. Not so the God who gave rise to them.