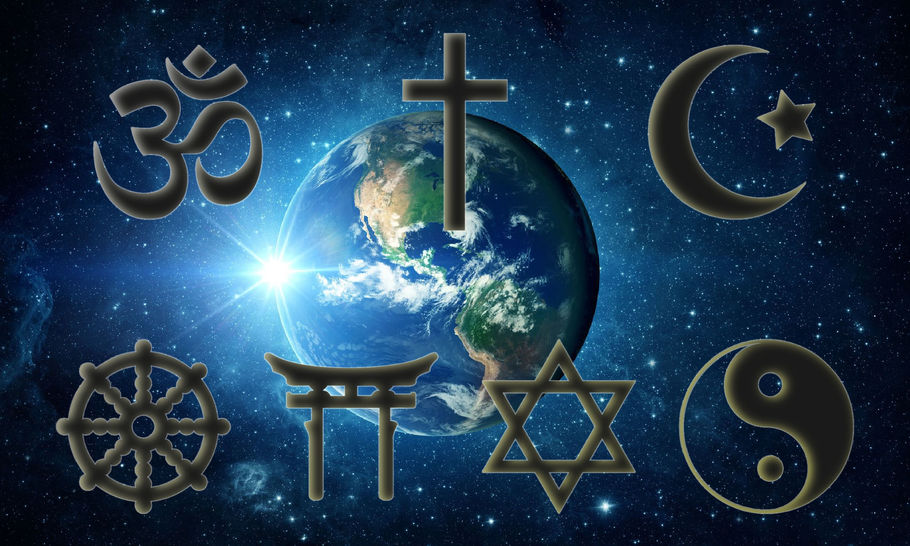 All rights are equal but some rights are more equal than others.  FIFA and the Qatar authorities are justly under fire for restrictions on LGBT rights and their treatment of migrant labourers.  But nothing is said about the abuse of rights to religious freedom, a world-wide problem, as well as one local to Qatar and other Gulf states, where many migrant workers, especially those in domestic service, are Christians from the Philippines.

Article 18 of the UN Declaration of Human Rights spells out what the right to religious freedom — violated around the world — means in detail.  “Everyone has the right to freedom of thought, conscience and religion; this right includes freedom to change his religion or belief, and freedom, either alone or in community with others and in public or private, to manifest his religion or belief in teaching, practice, worship and observance.” This means little in practice today, neither globally nor in Qatar, which hosts big interfaith gatherings but where, even at Easter, Christian servants are refused time off to attend religious services.

Worldwide harassment and persecution of people because of their faith, from verbal abuse and hate speech, to arson and murder, is rising steadily.  Only eight of 198 countries monitored by the Evangelical Christian organisation Open Doors get a clean bill of health.  Aid to the Church in Need, a Catholic organisation which works in over 140 countries, is currently running a “Break the Silence” campaign to raise awareness of the persecution of Christians and all faiths [my italics], with a day of special events this Wednesday in London’s Ukrainian Catholic Church.  Aid to the Church in Need has also renewed focus on Nigeria, where attacks on Christian churches have risen from 18 in 2019 to 31 in 2020 and 23 in just the first six months of this year.

Religious freedom, a touchstone of human rights around the world, is not ignored in Britain, but tends to be mainly a Conservative Party concern.  The UK has a special envoy for Freedom of Religious Belief (FoRB), Fiona Bruce MP, an evangelical Christian.  Both the Commons and Lords, the latter with 26 Church of England bishops, the Lords Spiritual, do lobby and speak out on FoRB issues. But with the exception of the Uighers and Rohingya, the cases they raise rarely are deemed newsworthy, can be complex, and seldom evoke large-scale sympathy.

Take the case of Asia Bibi, a Pakistani Christian.  When she offered   water to a Muslim co-worker it was refused; her ‘Christian hands’  supposedly rendered it haram, forbidden.  She was told to convert to Islam to cleanse her impurity.  An altercation ensued in which she allegedly blasphemed against the Prophet and the Qur’ān. Eventually Asia Bibi was convicted under Pakistan’s blasphemy laws and spent eight years on death row before being acquitted in a High Court judgement in October 2018.  Here was a named individual, a fruit-picker, a working woman with whom we could empathise.  Public opinion was aroused.

According to Open Doors, of the three Abrahamic faiths, Christians suffer from some degree of harassment and persecution in 145 of the world’s 198 States, Muslims in 139, and Jews in 88.  But is  discrimination always based on faith alone?  In India the Modi government for its own purposes is promoting Hindu-based cultural nationalism against Muslims.  Are the Hazara in Afghanistan persecuted because they are not Pashtun or because they are Shi’a, or both?

Particularly in Africa some ethnicities, minority and occupational groups are identified by their religious beliefs.   Bloody clashes over land-use  in parts of northern Nigeria between pastoralists, who are broadly-speaking Muslim, and farmers, broadly speaking Christian, are perceived as religious conflict.  From one perspective these aren’t important distinctions.  In all cases human rights are grievously violated.  And as my old Nigerian friend Matthew Kukah, Bishop of Sokoto, once said: “What do you call these people?  I call them criminals.”

In 1971 a Synod of the world’s Catholic bishops declared: “Action on behalf of justice and participation in the transformation of the world fully appear to us as a constitutive dimension of the preaching of the Gospel.”  A wordy way of saying that for Catholics working for justice is a religious obligation, an integral part of Christian practice and observance – so politics and religion can’t neatly be separated. In the  repressive states of Southern Africa and Latin America where I worked, resistance by Christians qualified them for persecution, imprisonment, torture and death. Archbishop Oscar Romero of El Salvador, gunned down at the altar in 1980, later made a saint of the Catholic Church, became an icon of this kind of martyrdom.

A little discussed feature of the Cold War is the way the global political and ideological division penetrated the Catholic Church itself.  In Moscow I had the unnerving experience of listening to devout Catholics, whose little church opposite the KGB’s Lubyanka headquarters had cameras trained on the door, dismiss the late Cardinal Paolo Arns as a Communist. Arns, a Cardinal committed to the poor, was a tireless campaigner against human rights violations by Brazil’s brutal military dictatorship.

From 1960-1990, in Latin America, the Philippines and South Africa, opposition to military dictatorships, oligarchies and apartheid, produced martyrs killed for following the simple demands of justice.  Opposition to Communist Party repression in the Soviet Union and Eastern Europe had similar consequences.  But because of the ideological barrier of the Cold War, never did these victims of tyranny engage with each other in serious dialogue.  Religious Orders with members from both parts of the world experienced this same division within their own ranks.  Catholic charities worked on different sides of the divide, Aid to the Church in Need in the Communist world, the Catholic Institute for International Relations in Latin America, Philippines, Rhodesia (now Zimbabwe), South Africa, Namibia, and Mozambique. There was no coming together around the shared experience of persecution and the terrifying ordeals of those who resisted tyranny.

Today there are new violations of religious freedom.   Christians pursuing environmental causes are experiencing martyrdom in Latin America. The question arises: who is responsible for such persecution?  The actions of the State or the inaction of the State?   A former governor of Punjab, Salman Taseer, reared a Christian and a leading opponent of the blasphemy laws, was assassinated by his bodyguard for supporting Asia Bibi.  An unholy amalgam of State and Society at work.

There is no lack of information.  The US Commission on International Religious Freedom publishes a factual annual global report.  The Mormons in Utah have a comprehensive archive of FoRB legal cases.  In 2019 the Anglican Bishop Philip Mounstephen of Truro produced, for the Foreign Secretary, an independent review entitled Support for the Persecuted Church.  It contains a fine summary of the plight of Christians around the world and suggests what might be done about it.  But nothing much changes for the better.

We in the UK have no right to be complacent. Antisemitism alongside Islamophobia remains a rallying theme of extreme Right organisations.    I have listened to black Pentecostals who believed Muslims worship the devil.  Ahmadis experience the disdain, and sometimes worse, of their Muslim neighbours.  Anti-Catholicism bubbles up from the depths of social media.  The Labour Party was investigated and castigated for its failure to deal adequately with antisemitism by the Equality and Human Rights Commission, but a question mark hangs over the level of anti-Muslim prejudice in the Conservative Party.   Muslim-Hindu tensions have surfaced in Leicester.

Do not expect such symptoms of hostility and prejudice to improve. Poverty and social dislocation, the recruiting sergeants for intolerance and discrimination, are increasing in Britain and in the rest of the world. Religious freedom is no less important than other liberties as the mark of a civilised society.