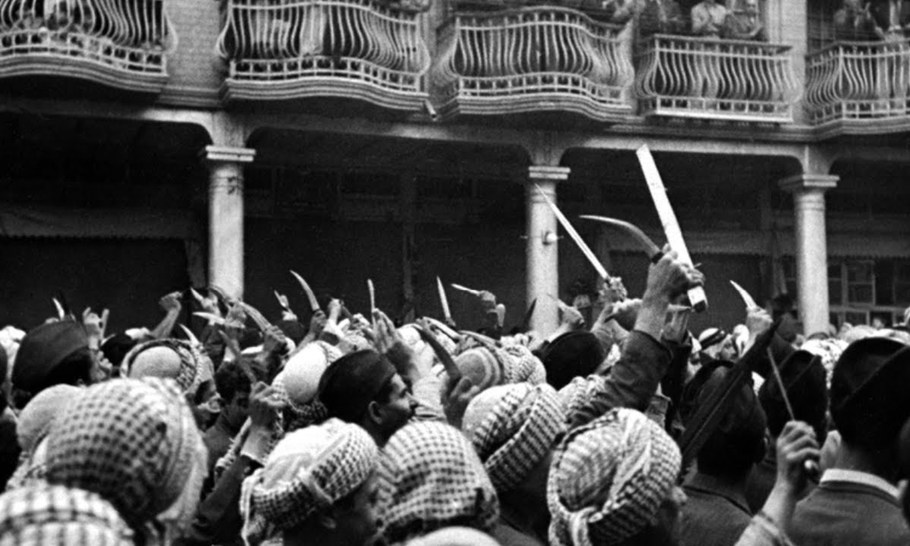 Baghdad, 1941. There was a frenzied banging on the front door. When my mother answered it, she recognised her aunt’s Jewish cook, ashen-faced, pleading to be let in: “I was on a bus, and the Muslims were pulling the Jewish passengers out and killing them. I said I was a Christian.”

Two months earlier, pro-Nazi officers, led by Rashid Ali al-Ghailani, had staged a successful coup in Iraq. The pro-British Regent fled. German-backed Rashid Ali and his men were soon routed by British troops — but not before they had incited murder and mayhem against a Jewish “fifth column”, accused of collaborating with the British.

Eighty years ago this week, on June 1, 1941, a group of Jews ventured out for the first time in weeks to greet the returning pro-British Regent, only to be ambushed by an armed Arab mob. Terrified Jews barricaded themselves inside their houses, or ran for their lives across the flat rooftops.

The rioting (known as the “Farhud”, Arabic for “violent dispossession”) went on for two days. At least 180 Jews died in Baghdad and Basra (the figure could be as many as 600), hundreds were wounded, 900 homes and 586 Jewish-owned shops were destroyed; there was looting, rape and mutilation. Stories abound of babies murdered and Jewish hospital patients refused treatment or poisoned. The dead were hurriedly buried in a mass grave.

A question mark hovers over the role of the British Army. Encamped on the city outskirts, they delayed intervening until the looting had spread to Muslim districts.

Loyal and productive citizens comprising a fifth of Baghdad’s population, the Jews had not known anything like the Farhud in living memory. Before the victims’ blood was dry, army and police warned the Jews not to testify against the murderers and looters.

But the Farhud was not just another anti-Jewish pogrom.

The inspiration behind the coup, and the Farhud itself, came from the Palestinian Grand Mufti of Jerusalem, Haj Amin al-Husseini. He arrived in Iraq in 1939 with 400 Palestinian émigrés. Using Nazi propaganda, they whipped up local anti-Jewish incitement.

The Farhud marked an irrevocable break between Jews and Arabs in Iraq and paved the way for the dissolution of the 2,600-year-old Jewish community barely 10 years later, after Israel achieved statehood in 1948. Ninety percent of the community fled to Israel for fear of a second Farhud. Other “Farhuds” followed in other Arab countries, resulting in the flight of their Jewish communities, stigmatised as the “Jewish minority of Palestine”.

Today, only 4,000 Jews out of a million in the late 1940s remain in the Arab world. Most of the displaced Jews now live in Israel, where they and their descendants comprise roughly half the Jewish population.

The Mufti’s postwar legacy of Islamised anti-Semitism endures in the kindred ideology of the Muslim Brotherhood – as seen in the latest conflagration between the Brotherhood’s Gaza branch, Hamas, and Israel.

Political Islam is a product of the Nazi era. It seeks to complete the ethnic cleansing of Jews from the Middle East. That’s why it is shocking to see the West treat with moral equivalence Israel, a free democracy struggling to survive, and Hamas, a terrorist organisation that supports judeophobia, misogyny, homophobia, and ethnic cleansing. The cry heard at pro-Palestinian demonstrations across the West: “From the river to the sea, Palestine will be free” is nothing less than a chilling call for genocide: “Palestine will be free… of Jews.”

Meanwhile anti-Semitic incidents in Britain have reached record levels. Those who know about the Farhud are experiencing a weary sense of déjà vu when Jews in the UK, the US, Canada, Germany and elsewhere are subject to verbal and physical attacks and intimidation. Mob violence, a time-honoured instrument of political coercion in the Muslim world, has migrated to the West. The lesson of the Farhud is that Jews, whatever their opinions, remain fair game for collective punishment.