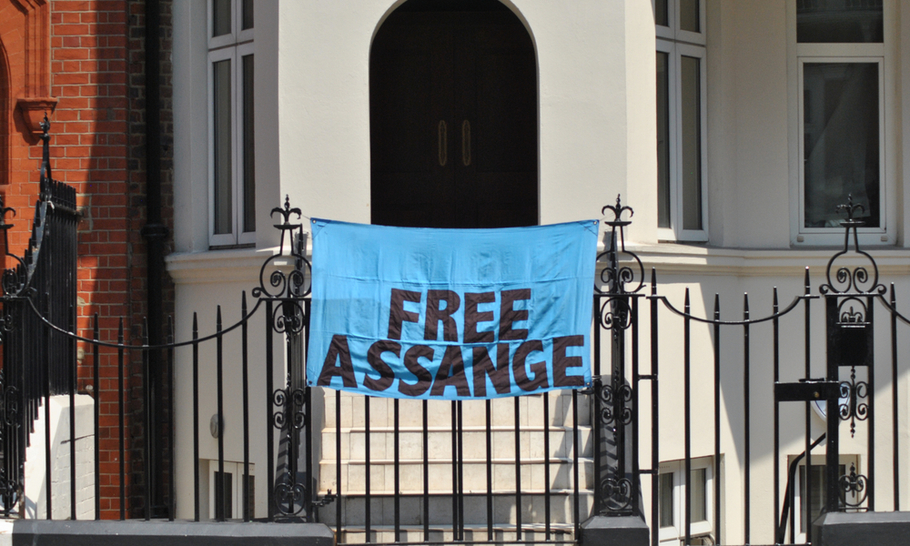 Absorbing as the Brexit psychodrama has been, it is good to be reminded that for the rest of the world, this is not the only show in London town. And as MPs head for the hills, the rest of us too can take an Easter break to reflect on some ancient truths.

The arrest of Julian Assange after seven years holed up in the Ecuadorean embassy has divided opinion on predictable lines. Jeremy Corbyn, for example, immediately denounced the Americans, who are seeking to extradite Assange to face charges of hacking and perhaps espionage that could result in him spending the rest of his life behind bars. Others see him as a martyr for free speech.

Yet the judge who called Assange a “narcissist” yesterday was surely right. He is in denial about his own actions and their consequences. Not only is he wanted by the US, but by Sweden too, where he jumped bail after being accused of rape. Now his behaviour during his self-imposed incarceration appears to have forfeited his asylum. It has taken far too long for him to accept that he is not above the law. Whatever misfortunes now await Assange, he has only himself to blame for his fate.

Without wishing to prejudge the various trials that he will face, the Assange case seems to illustrate an even more important truth: that the end does not justify any means. That includes journalists and whistleblowers. In a democracy, breaking the law to break a story that is embarrassing for the government is hardly ever justifiable. And if accusations that Assange and Wikileaks collaborated with Russian military intelligence to damage Hillary Clinton’s campaign are proven to be correct, such sympathy as he still enjoys in liberal circles is likely to evaporate.

Coincidentally, Pope Emeritus Benedict XVI has released a letter which argues that the origins of the present crisis of clerical sexual abuse are to be found in the collapse of Christian morality since the 1960s. Like everything from the pen of Joseph Ratzinger, it is a carefully nuanced document that deserves to be read in full, rather than dismissed as an evasion of responsibility. It contains a key passage that is of universal import, even though Benedict is referring to the steady abandonment by the Church of traditional Catholic moral doctrine over the past half-century.

“In the end, it was chiefly the hypothesis that morality was to be exclusively determined by the purposes of human action that prevailed. While the old phrase ‘the end justifies the means’ was not confirmed in this crude form, its way of thinking had become definitive. Consequently, there could no longer be anything that constituted an absolute good, any more than anything fundamentally evil; [there could be] only relative value judgements. There no longer was the [absolute] good, but only the relatively better, contingent on the moment and on circumstances.”

What Benedict later famously described as “the dictatorship of relativism” is inextricably bound up with political dictatorship. In the past few days, we have witnessed the overthrow of two dictators in the Muslim world: Abdelaziz Boutelifika of Algeria and Omar al-Bashir of Sudan. Both have been in power for decades; both are guilty of appalling crimes, which in the case of Bashir include genocide in Darfur, for which he was indicted by the International Criminal Court — the first head of state to be so accused while in office.

Meanwhile, in Libya we have witnessed the long-term consequences of totalitarian rule: eight years after the so-called Arab Spring led to the fall and death of Muammar Gaddafi, the country is still being torn apart by a seemingly endless civil war. In Syria, after a civil war that has killed more than half a million and displaced many millions more, the Assad dictatorship remains in power. The evidence of human suffering on an unimaginable scale is inescapable in an era of instant communication. We can look away, but we cannot hide.

What this proves is that there is such a thing as evil. It is often justified in the name of a higher good. The overthrow of a dictatorship may be followed by something as bad or even worse. As soon as we succumb to the idea that the end justifies the means — for example, that the law does not apply to my actions, only to those of others — then we are on a slippery path that leads to terrible consequences.

Easter and Passover are times when those of us who belong to the Judaeo-Christian traditions are supposed to give some thought to these eternal truths and how they apply to our own lives. Priests, rabbis and even popes are no longer seen as figures of authority.  But the knowledge of good and evil has set humanity apart since the Garden of Eden. We abandon that knowledge at our peril.

Why Britain must not let extremists operate with impunity

Global Britain needs new allies. How about Qatar and Taiwan?