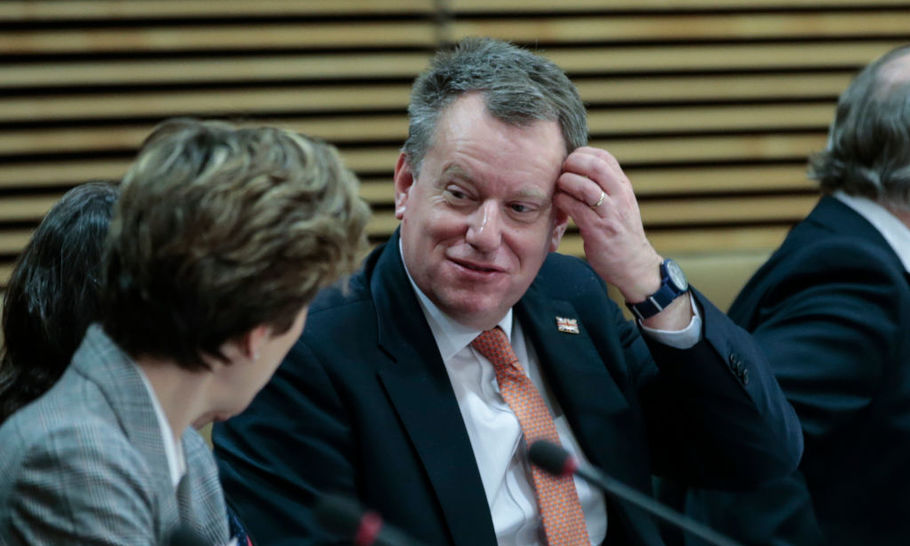 After several days, swirling rumours have finally solidified into events, and Mark Sedwill, since 2018 Britain’s Cabinet Secretary and National Security Adviser (NSA), has been forced out of both of his jobs. Replacing him as NSA comes David Frost, the government’s chief Brexit negotiator.

There is much to question about Frost’s suitability for his new job. A Brexit enthusiast and close ally of the Prime Minister, Frost is not a civil servant. This political appointment introduces a partisan strand at the top of defence, security and intelligence, areas of British government administration that have traditionally remained above the realm of party politics. In becoming NSA, Frost finds himself with two jobs — the first of these, chief Brexit negotiator, ought to be more than enough for one person. It is particularly ironic that this is happening, as one of the main criticisms of Sedwill had been that he was spread too thinly to be able to do both of his considerable tasks successfully.

The NSA is secretary to the National Security Council (NSC), the co-ordination body right at the top of government where Cabinet ministers, chiefs of the armed forces and intelligence services and relevant permanent secretaries thrash out the knottiest problems besetting the country. The NSC is a relatively recent innovation, instituted by David Cameron in 2010 to  introduce a formal role for Cabinet ministers in national security decision-making, in part as a response to the informal, “sofa-government” approach that was a feature of Tony Blair’s administration, including in the controversial run-up to the invasion of Iraq. Cameron’s thinking was to involve relevant members of the Cabinet more closely and in a formal manner with major national security decisions. In doing so there has also been a politicisation of highly classified material. For example, it was from an NSC meeting that “compelling evidence” emerged that Gavin Williamson leaked sensitive material relating to the decision to allow Huawei access to Britain’s 5G telephone network. (Williamson has denied the allegation and questioned the quality of the investigation carried out by Mark Sedwill into the affair).

For the Dominic Cummings government, of which Boris Johnson is the ceremonial head, full political control over the central levers of power is an overriding obsession. In his own words, Cummings aims for a, “smaller, more focused and more elite centre.” We should recall that Sajid Javid was pushed out as Chancellor because he had the temerity to suggest that he would choose his own advisers, rather than have them chosen for him by Cummings. Unquestioning obedience, with loyalty taken for granted, is the core requirement for employment in the Cummings regime.

Frost has certainly proved himself by that test: in a high-profile speech delivered in Brussels in February this year he lectured EU members on “what it means to be an independent country”. This offensive and patronising form of words, used with a group of countries that has in living memory broken free from foreign occupation and imperial control, is one that is a core part of the Conservative party lexicon for describing Brexit. It is overtly political language, chosen for that purpose, not just an infelicitous turn of phrase.

By another test, the one of experience and competence, Frost’s qualifications are less obvious. Before his current political incarnation, he had a creditable career as a British diplomat, finishing up as ambassador in Copenhagen, having held a series of mid-level roles dealing with Europe, trade and economic matters (all of which could equip him to carry out his Brexit duties). At no point in his career did he have a job focused on security, defence or intelligence. As such he is the least qualified NSA in the history of the role. His ability to knock heads together among powerful “big beasts” in Whitehall such as chiefs of the armed services and intelligence agencies may be limited by this lack of personal credibility. His ability to offer ‘advice’ on a subject of which he has limited direct knowledge may also be a challenge. It may not matter: as Cummings’s great ally, Michael Gove, has stated: “people in this country have had enough of experts”. Loyalty trumps competence.

From the government announcements of Frost’s appointment we learn that he, “look[s] forward to helping deliver the Prime Minister’s vision for a global Britain,” an amorphous concept that is supposed to replace EU membership with a wide array of international engagements, more focused on trade than security. In the same statement he also clarifies that his “top single priority” will be the Brexit negotiations, which suggests that he will have very little time to do his new job. At this point we should remember that Sedwill also had two jobs and left most of his NSA duties to his highly capable deputies. The agenda has become political, but the politicians are still reliant on the civil servants to do the actual work. In that sense there is continuity.