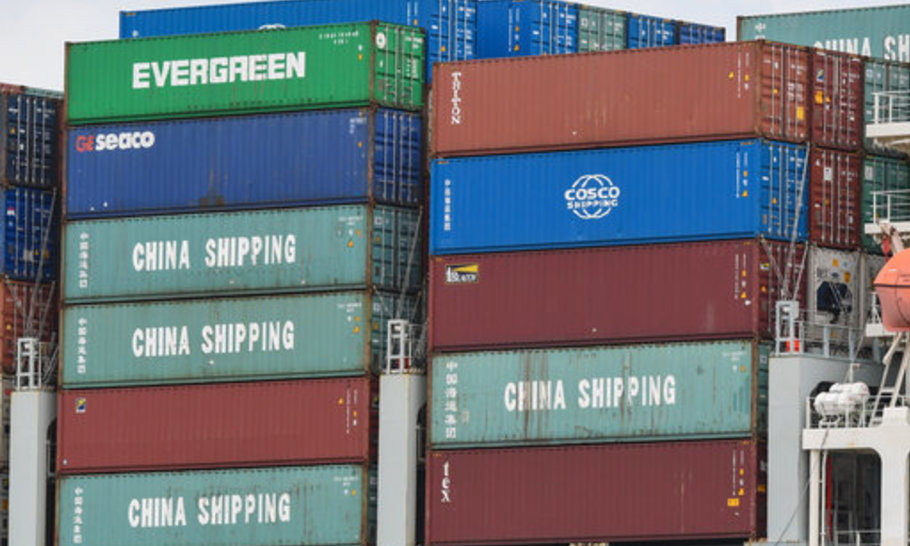 Recently, Jim O’Neill recited here the conventional reasons why globalisation is here to stay, even if it changes in some respects. I’d like to believe that is true, but it’s more nuanced. Globalisation will only really rupture in the event of war, as indeed happened in 1914. Yet, the best we can hope for is a messy globalisation, and even then political leaders will have to strive to make it work.

Globalisation has been defined as “the death of distance” in deference to the revolution in transportation, information technologies and communications that have made the world smaller and more efficient. We are accustomed to seeing globalisation primarily through a business-economic-financial lens, but it is precisely this view that has fractured into kaleidoscope pieces first, because of the financial crisis in 2008, then the US-China so-called “trade war”, and increasingly, I’d say, popular angst about terrorism, climate change and now the pandemic and angst about travel.

If we want to save globalisation, the arguments will have to continue to be made for low inflation, consumer choice, and innovation and creativity, but these alone will not suffice. It will be important to argue how globalisation is better suited to deliver good outcomes, rather than erecting barriers and going it alone. People will also need to be assured that travel and transportation can be resumed without fear.

It’s going to be an uphill struggle. Look at three ways in which we can demonstrate how globalisation has stalled.

World trade grew at twice the rate of world GDP for decades before the financial crisis, bringing good economic times to many trade-oriented and emerging countries. Subsequently, though, trade has grown on average only in line with GDP. Relative to the extrapolated trend between 1990 and 2008, the volume of merchandise trade is now 70 per cent below where we would have been. Compared to the more modest trend from 2011-2018, and allowing for the consequences of the Sino-US trade war, rising protectionism, and the pandemic, we are 20 per cent below where we would have been. World trade is in trouble.

The financial crisis also dealt a severe blow to global cross border lending, as banks retrenched, and were obliged to rein in their bloated balance sheets. From about 55 per cent of global GDP before the financial crisis, global lending is now about 36 per cent, according to data from the Bank for International Settlements, and that is only because of a temporary lending revival in the last two to three years ending late in 2019. There’s not a lot of trade or investment to finance right now, and it will take a long time to revive.

Global foreign direct investment, which amounted to about 5 per cent of world GDP in the 2000s, fell to just over 2 per cent in 2008, and was barely 1.5 per cent in 2019. In recent times, this downward trend has been exacerbated by the economic collapse going on currently; the increasing scrutiny paid by law-makers in the US, EU and other developed countries to foreign investment, especially in the tech sector from China under national security concerns; China’s own restrictions on capital outflows since 2016; and now by the effects of the trade war and the pandemic to the extent that these are changing the way companies think about supply chain operations.

Supply chains are the plumbing of globalisation. Some industries, such as autos, can’t really work without them, and the disruption caused by changing them might be too much for many firms. Some companies may have built their longer-term strategies, for example, around exploiting the growth of the Chinese middle class and industrial markets domestically. For these, the idea of moving out of China or back home may be academic.

For others though, the prospect of moving some supply chain operations is real. Before the pandemic, the trade war had already triggered disquiet about tariffs, an array of non-tariff barriers and their attendant political consequences. Organisations representing thousands of foreign firms in China had reported that member companies were already looking to move some processes out of China, to places like Vietnam, India, Malaysia, and other countries in Asia, as well as to Mexico, in the case of some US firms.

In the last couple of weeks, Japan has offered subsidies to its companies to help them come home. Many have resisted, not least because they either want to be in China for the market, or because most Japanese firms already have alternative supply locations in Thailand, Indonesia, Vietnam, the Philippines, and Malaysia. But several have expressed interest including one manufacturer of face masks. Taiwan has supplemented incentive programmes for their firms to invest at home and lure businesses back from the mainland. Vietnam, already a favourite for companies producing low value goods, is keen to attract firms, and India, traditionally eyed with scepticism by some firms, is offering incentives and land to companies looking to diversify.

Post-covid, it seems that this trend will increase. Many firms will be taking on board that if “just in time” was the motif that guided globalisation, production and inventory strategies before, “just in case” is the one that is likely to displace it now. The risk of being caught short of supplies or of excessive dependence on sole source supplier countries and firms is just too high.

While it might make economic sense to milk the efficiencies and low prices in pharmaceutical, medicine, and technology supply chains, everyone will henceforth have a different agenda now under the heading “security”. This will be especially the case in medical equipment, such as personal protection equipment and masks. It will also apply in telecommunications and advanced technologies, and in areas that we have taken for granted, such as food, energy, and important public goods.

Beyond anecdote and illustration, though, globalisation has run into a systemic roadblock.

As the Harvard economist, Dani Rodrik, famously argued in 1997, there is a globalisation trilemma. You can only ever have two of globalisation (or high levels of economic integration); democratic politics; and national sovereignty — unless you have robust and trusted institutional arrangements to hold the three in balance. The Bretton Woods system of multilateral institutions comprised those arrangements for decades.

With an ideological struggle for pre-eminence going on between China and the US, the latter abandoning its former leadership role, the former quite possibly having peaked in terms of economic dynamics, and severe economic dislocation pretty much everywhere, those institutions are stressed or lack the gravitas they once had. The choice then becomes even starker. You could even argue that all three options are linked and failing.

What you can’t do is assume that globalisation will survive in some form because it’s fundamentally better than the alternative. It might, and it might be messy, but people have to want to make it work.