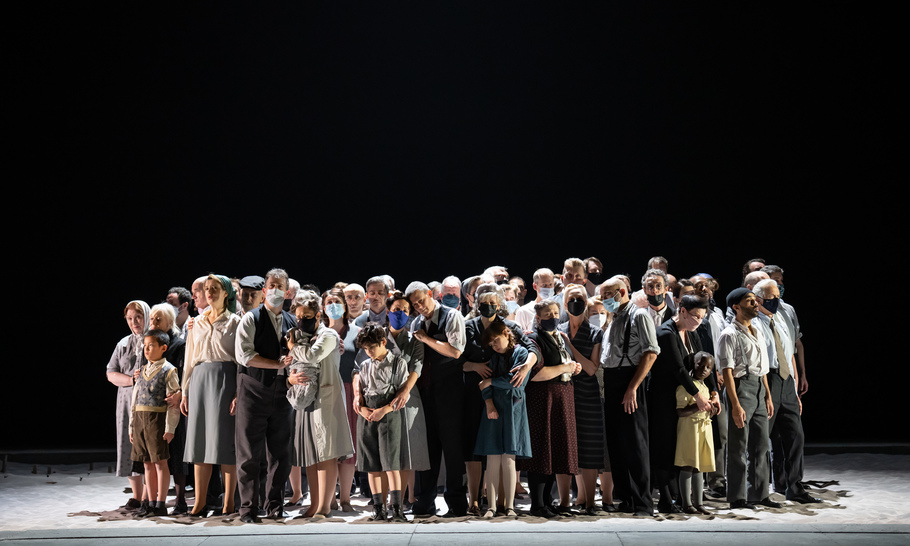 The eponymous character in Verdi’s third opera Nabucco is Nebuchadnezzar II, mighty king of Babylon. The text however refers to Assyria, which may confuse the modern student of Mesopotamian history. The great city of Babylon, splendidly described by the Greek historian Herodotus, was the capital of Babylonia, whose neighbour Assyria ceased to exist as a separate state during Nebuchadnezzar’s reign (605 to 562 BC). But during the nineteenth century (Verdi wrote the opera in 1841) Assyria described the whole area, and scholars still refer to the study of ancient Mesopotamia as Assyriology.

Nebuchadnezzar’s reign was followed by weaker kings, and the kingdom was lost when Cyrus the Great absorbed it into the Persian Empire in 539 BC. That is the subject of Handel’s dramatic oratorio Belshazzar (crown prince and regent while his father was absent), and these ancient events to the east of the Classical world had a strong effect on European artists — think of Belshazzar’s Feast by Rembrandt, or Judith’s beheading of Holofernes by artists such as Caravaggio (Holofernes was a general in Nebuchadnezzar’s army).

The effect on the Israelites was profound. The Babylonians conquered Jerusalem in 597 BC, and again in 587 BC when they took the people away as captives. In an excellent programme essay, Sarah Lenton describes how the history of the time informed the stories given in the Bible, notably in the Book of Daniel and Psalm 137 (By the rivers of Babylon, there we sat down, yea, we wept…) But as she points out, from the Babylonian exile “a faith very like that of modern Judaism had begun to emerge”.

Verdi’s librettist Temistocle Solera may have got it wrong, but he was working in the context of the time, before the cuneiform writing system, even in its simplified form for Old Persian, had been deciphered, and before archaeology had unearthed massive winged bulls inscribed with cuneiform writing. But Verdi does a magnificent job of describing the tensions between Babylonians and captive Hebrews, and this was a terrific performance under crisp conducting by the Royal Opera’s former chorus director Renato Balsadonna (replacing Daniel Oren).

The chorus was superb, as were the principal cast members, with Russian bass Alexander Vinogradov as the high priest Zaccaria, Ukrainian soprano Liudmyla Monastyrska, replacing Anna Netrebko as Abigaille, and Mongolian baritone Amartuvshin Enkhbat as Nabucco in the main roles, all commanding the stage with their singing. Russian mezzo Vasilisa Berzhanskaya as Nabucco’s second daughter Fenena, sister to Abigaille, and Uzbek tenor Najmiddin Mavlyanov as Ismaele complemented them in a very fine cast.

The same cannot be said of Daniele Abbado’s dull, desiccated and static production, now in its second revival. The movement of the chorus was poorly executed, and in these days of statue toppling the destruction, or rather deconstruction, of the mighty idol could have been stopped by a single policeman. The costumes are dreary, making it difficult to distinguish Hebrews from Babylonians, with not the slightest nod to Byron’s colourful imagery about the Babylonian “cohorts gleaming in purple and gold”. Here was a mid-twentieth century, third-rate dictatorship, with bare-chested guards in braces toting AK-47s. A far cry from one of the great kings of the ancient world.

The audience for what should be a stunning opera deserves better, though the excellent singing is a great attraction. Next time the Royal Opera needs a new production, rather than a third revival of this one.