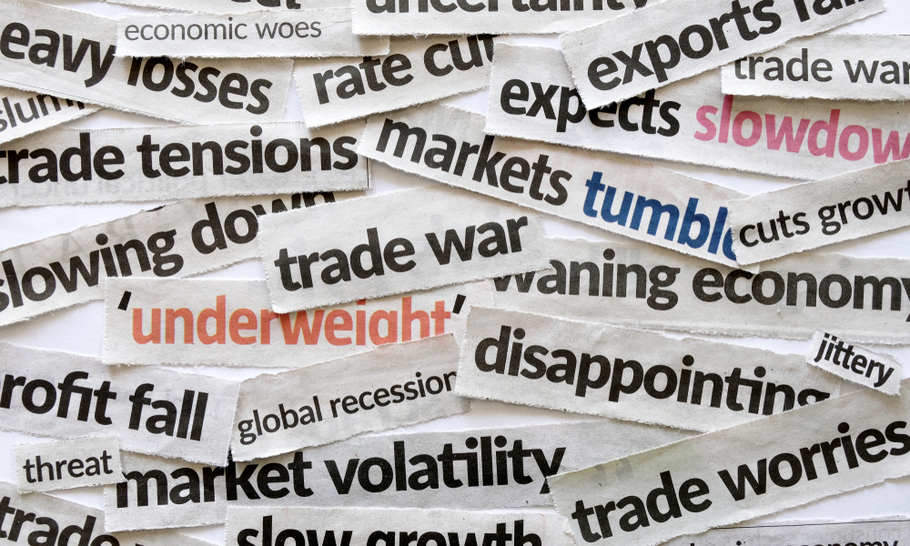 Britain stands at an economic crossroads. At the end of this month, the UK will formally leave the EU, and the government will have six months, in effect, to reach some sort of agreement with the EU negotiators about a future trade agreement. That agreement will have to be signed off by the end of the transition period, 31 December. News from the Office of National Statistics (ONS) yesterday that the economy shrunk by 0.3 per cent in November, and was weaker in the three months to November than at any time since the spring of 2012 made for a distinctly uncomfortable backdrop for these next crucial months. How bad are things in Britain’s economy?

The ONS said that manufacturing fell by 1.7 per cent in November, and services, accounting for 80 per cent of the economy, fell by 0.3 per cent. These falls more than outweighed a significant 1.9 per cent rise in construction activity, following prior weakness. One month’s figures shouldn’t be taken all that seriously, as they are subject to revision and a lot of one-off influences.

Nevertheless, there is a trend at work here too, going back to the 2016 referendum. Since then, Brexit has not only drained the oxygen from wider political debate in the UK but also sucked the lifeblood and confidence out of the economy. By the time November 2019 came around, we had missed yet another Brexit deadline on 31 October, asked the EU for another deadline extension, and only just passed the law enabling last December’s General Election.

Business investment has been dropping since the third quarter of 2017, and probably continued to fall through the second half of 2019. The weakest productivity performance we have had in ages seemed to bottom out in the third quarter — but we shall see if that was a false dawn or not.

Consumer spending has been supported by high employment growth, rising real wages, and the positive wealth effects derived from very low interest rates. Yet, even here, there are important cross-currents, because house prices are stagnant or falling, and household saving rates are historically very low or, put another way, consumer debt has been rising in a weak economic environment. The ONS said that automobile output fell by 6 per cent in November, and the British Retail Consortium has said that Christmas sales were “dismal”. Big names like John Lewis, and Tesco have announced profit warnings or weak sales.

There are reasons to be gloomy, but also to recognise nuance. Consider three reasons for the latter.

First, like it or not, everyone knows now that we are leaving the EU on 31 January, and the uncertainty about a possible second referendum is no more. There is no hung Parliament, and no prospect any time soon of a Corbynite economic agenda, some important parts of which could easily have produced highly unstable economic conditions.

Second, it looks a lot more likely that the Bank of England will lower interest rates again, perhaps later this month. It will only be a 0.25 per cent cut to 0.5 per cent, and you might ask what good that will do. But the loosening of monetary and financial conditions can still have some marginal positive consequences on business sentiment, the housing market and so on. Moreover, with three or more members of the Monetary Policy Committee seemingly in favour of lower rates, Sterling has dropped anew in January, and this helps too.

Third, and this is probably the most robust of the three reasons, there is going to be a Budget on 11th March, the first one we have had since Philip Hammond delivered one in October 2018. The government has set a higher bar for expectations. It has made noises about putting money into infrastructure projects and the towns, and now has a new body of voters across the Midlands and North of England who expect government attention.

It has also said it will enact NHS spending increases, raise the minimum wage, and spend more on education. These initiatives could boost the economy in 2020. Start by watching the economic data for January more closely, starting with the Purchasing Managers business survey released on 24th January.

So, where’s the sting? It is of course in Brexit.

Brexit, contrary to the hype, was never mainly about a cyclical demand shock to the UK economy and the typical bolts out of the blue that trigger recession. Brexit was and is about the risk of a more corrosive and enduring “supply shock” in which the loss of our biggest market for trade, and associated declines in business and foreign investment, skilled immigration and productivity, contrived to lower our capacity for growth, and put a strain on living standards.

If we fail to arrive at a satisfactory trade and commercial agreement with the EU, and if we are unable to mitigate the negative consequences of that failure at home, we will learn all too quickly that one month’s GDP loss is a rounding error in comparison to what would then follow. For Boris Johnson and his 80-seat majority, the stakes couldn’t be higher.