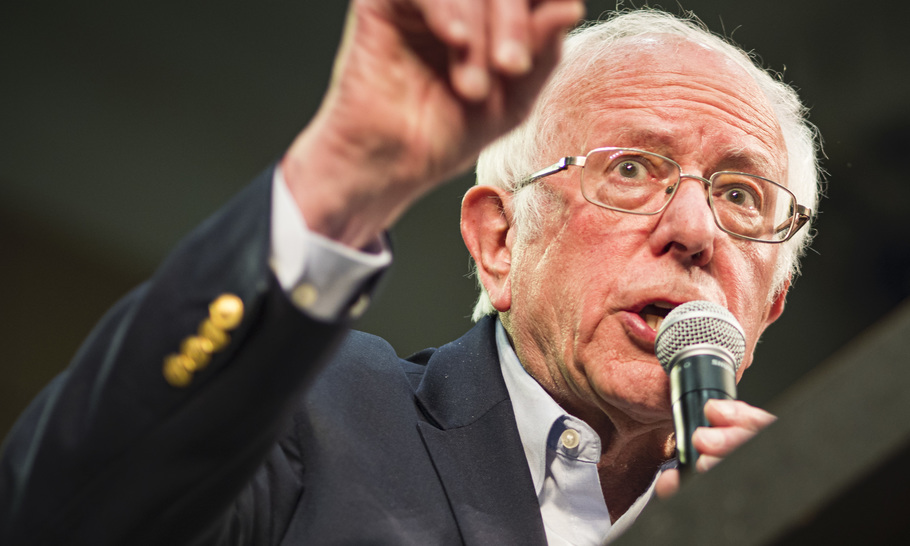 You can tell a lot about a movement by how its supporters react to defeat. Some respond with dignity, accepting and endeavouring to understand their rejection. Others insist they were not, cannot have been, really beaten. The contest must have been rigged, or intentionally torpedoed by quislings. Something, anything, to avoid self-examination. Following their “Super Tuesday” drubbing in the Democratic primaries, there can be little doubt about which category best describes a section of Bernie Sanders’ support.

As I write, “#BernieOrBust2020” is the top trending hashtag on American Twitter. Along with “#RiggedPrimary” and “#RiggedDNC”, it’s been trending ever since the results came through on Wednesday morning. The content, for anyone who desires Donald Trump’s expulsion from the White House, is beyond depressing. It consists of Sanders fans, including the “Bernie bros” who treat online viciousness as a form of purity test, stating why they would never vote for the new Democratic frontrunner Joe Biden.

There are thousands of these tweets. Ivonne Zaragoza, from Sacramento, says she’d rather have “four more years of Trump” than be “bullied” into backing Biden. Troy Rudd, a Sanders fan from Indiana, got over 4,000 likes for a tweet claiming “potentially eight years of dementia Joe” is no better than another four years of Trump. While the specifics vary, the theme is clear. Better to burn the Democratic Party to the ground than leave it in the hands of a liberal capitalist. If we can’t have it, nobody can.

This attitude is no mere social media phenomenon, nor is Sanders himself innocent in its spread. At a rally in Washington state last month he drew a bigger cheer for attacking the “Democratic establishment” than for doing the same to Trump. His supporters regularly boo any mention of Hillary Clinton, Joe Biden or Michael Bloomberg. As the results filtered through this week, some Sanders sympathisers took this argument to its logical conclusion. Left-wing radio host David Pakman said it was “incredible what the Democratic establishment has been able to pull off in 72 hours”.

The claim that Sanders is running against the party “establishment” is ironic considering the respective support bases of the Democratic frontrunners. Biden would be nowhere without his African-American backers. Initial polling indicates that on Super Tuesday he took 70 per cent of the African-American vote in Alabama, versus 10 per cent for Sanders. A similar picture was reported across the board: in North Carolina, Biden and Sanders had the backing of 56 per cent and 20 per cent of black voters respectively. By branding Biden the “establishment” candidate, Sanders supporters — themselves disproportionately white and college educated — are implying these black voters have, at best, been hoodwinked by the Democratic elite. At worst they have actively entered into an alliance with it against socialism. Neither suggestion has particularly attractive implications.

In truth, Sanders is a deeply problematic candidate. Marxists are fond of saying history repeats itself first as tragedy, then as farce. Sanders may not be in the same extremist league as Jeremy Corbyn, but there are certainly parallels between the two men. Both have spent years praising, and sometimes associating with, some deeply questionable characters.

In the 80s, as Mayor of Burlington, Vermont, Sanders became a vocal supporter of the Marxist inspired Sandinista regime in Nicaragua. He boasted of being the “highest ranking American official” to attend a pro-Sandinista rally and acted as an apologist for their suppression of internal dissent. He even invited Nora Astorga, a Sandinista activist who was part of the team that assassinated General Reynaldo Perez Vega, to Burlington and later described her as a “very vital and beautiful woman”. General Perez Vega, an admittedly undesirable character nicknamed “the dog” for his brutality towards left-wing prisoners, was lured to an apartment by Astorga in 1978, allegedly with the promise of sexual favours. Here he was ambushed by three men who slit his throat, before leaving his body under a Sandinista flag.

If Sanders becomes the Democrats nominee he will be forced to defend his association with the Sandinistas, as well as his more recent partial defence of Fidel Castro’s Cuba, before an American public who are still — rightly — deeply troubled by any whiff of Marxism. That’s not to say Sanders couldn’t defeat Trump — in an anti-establishment age anything is possible — but he would start such a contest as the underdog. In particular, according to the former Republican House Speaker Paul Ryan, he would struggle with the key swing voter demographics in the battleground states of Pennsylvania, Michigan and Wisconsin.

Certainly Trump gives every impression of wanting a fight with Sanders. The day after Super Tuesday, echoing some of Sanders most vocal online supporters, he urged Elizabeth Warren to drop out of the race as “she has zero chance of even coming close to winning, but hurts Bernie badly”. Nigel Farage, who once despised foreign election meddling, has urged American conservatives to donate money to the Sanders campaign in the hope of boosting Trump’s re-election chances.

A core section of the US hard-left have concluded the fight against Trump must come second to the battle for socialism. They would like to see Trump slung out of office, to be sure, but not if the price is backing a centrist Democrat. American socialists have spent the past four years damning Trump as a racist, misogynistic bigot. Now, when the chance to do something about that finally arises, many are departing the field of battle. Worse than that, they are providing Trump with rhetorical ammunition against the “Democrat establishment”. Quite frankly, these kamikaze Leftists deserve a second Trump term. The American people, alas, do not.