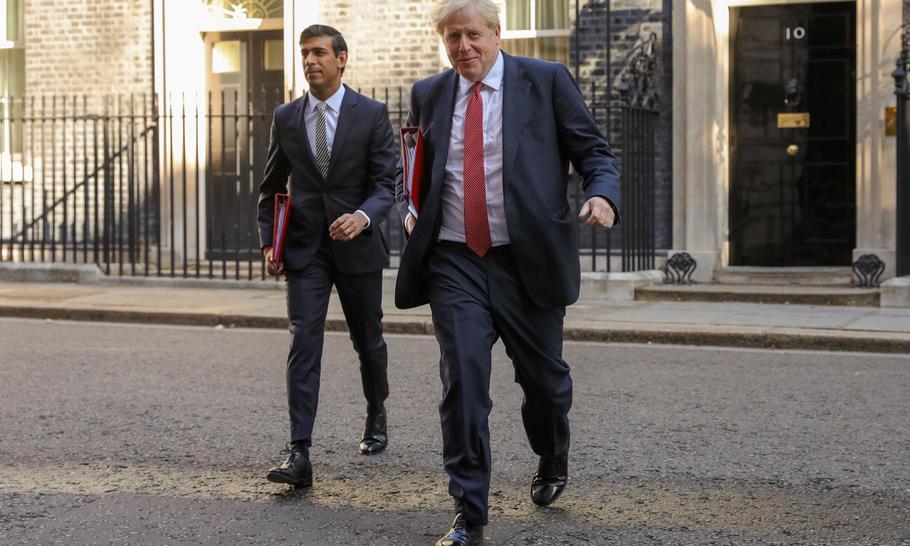 Has Boris blown it? The Tories have slumped in the polls and are now trailing behind Labour for the first time since the vaccine bounce lifted them last January. In one fell swoop, they have alienated almost every key constituency. By breaking two of the pledges that got them elected, on National Insurance and the Triple Lock, they have left both workers and pensioners feeling betrayed. Small businesses are furious about the new “tax on jobs” (the kind of slogan they used to hurl at Labour), while most people are appalled to see the NHS —the main beneficiary — instantly advertising dozens of management posts at salaries of more than a quarter of a million.

It’s a perfect storm. So it’s no surprise that the Conservatives are now down five points to 33 per cent, while Labour has risen to 35 per cent. According to a YouGov poll, the public no longer believes that Boris Johnson cares about keeping taxes low, with fewer than 25 per cent of Tory voters now feeling that theirs is the party of low taxation. Yet more than half of all voters still say that the Tories don’t really care about the NHS, despite this Government having poured more money into health than any other in history.

The Prime Minister has forfeited the trust of the under-50s, less than half of whom believe that they are fairly treated by the fiscal system. Yet working people in their late sixties and older, who do trust the system, will be hit by the new tax too. By placing the main burden of paying for social care on those who don’t yet need it, the Government has so far lost the argument about intergenerational justice, but risks leaving those pensioners who still work feeling disgruntled too. On social media younger Tory supporters are protesting angrily about what they see as an unfair policy driven by middle-aged ministers who are out of touch with millennials and Generation Z.

There is a sense of regional unfairness, too: some Red Wall MPs resent what they see as a policy geared towards richer southerners, protecting their homes from being swallowed up by care costs. Those whose homes are on average worth less than twice the cap of £86,000 will see a much larger proportion of their assets spent before the state subsidies kick in. The same applies to inheritance: far more people in the South can expect to benefit from large legacies, usually based on property values, than in the North or other regions of England, let alone the rest of the UK. So the new policy flies in the face of the Conservative aspiration to become the only genuinely national party, at least in England. We can expect to see the fresh crop of Tory backbenchers asserting themselves, as they seek to consolidate their new northern and midland power base. If this is what “levelling up” means in practice, they complain, how can they be expected to hold onto their seats?

Above all, however, Boris has broken his word. The Prime Minister argues that the pandemic could not have been foreseen at the time of the general election, which is of course true. But if politics is the art of the possible, as Bismarck said, then realpolitik should have dictated that a less regressive, less unfair and less un-Conservative solution should have been found. Nobody really believes that the new tax will guarantee them or their loved ones a dignified and comfortable old age. When it was devised by the Beveridge Report, National Insurance did what it says on the tin: it insured people. Long ago it became just another tax, with the revenue going into the Treasury and payments dictated by political expediency and the state of the public finances. A genuine social insurance system, backed by the state, would have kept the power and responsibility for social care where it belongs: with families.

The package does address one problem, but at the cost of creating another. At present, those who use their own savings to pay for care are subsidising those who don’t. Many families resent the unfairness of this double standard. The new system will apparently entitle those who pay for their own care to be charged at the same rate as those cared for by local authorities. But there is unlikely to be enough new money to enable care providers to end the practice of cross-subsidisation without cutting standards. So a well-intentioned but underfunded policy could end by reducing the quality of life for people in care homes. That must not happen — and ministers need to explain why it won’t be allowed to happen. The pandemic has shone a light on the grim conditions in less well-run care homes. The public demands more and better social care provision, not least to free up NHS hospital beds. But the new “health and social care tax” already looks unfit for purpose even before it has been introduced.

The politics of social care will come home to roost at the Tory party conference in Manchester during the first week of October. A populist Prime Minister has saddled himself and his party with an unpopular policy. It will be a difficult week: he and his Chancellor will have some explaining to do. There will be much talk of tough decisions and balancing the books. Normally Conservatives respond warmly to such language. But if the polls keep telling another story, on past performance we can expect Boris to mount a massive diversion. He will try to change the subject of the national conversation, perhaps with a reshuffle. Fresh faces in the Cabinet might do the trick for the media and even the party conference — but not for the country. When tax rises squeeze wages and salaries, people notice. Labour merely has to keep reminding people of broken promises. Presumably Sir Keir Starmer, who has so far failed to distinguish himself as Leader of the Opposition, can hardly believe his luck. Between them, the Prime Minister — a far cleverer, more charismatic and experienced politician than Starmer will ever be — and his whizz-kid Chancellor may just have handed Labour the next election.