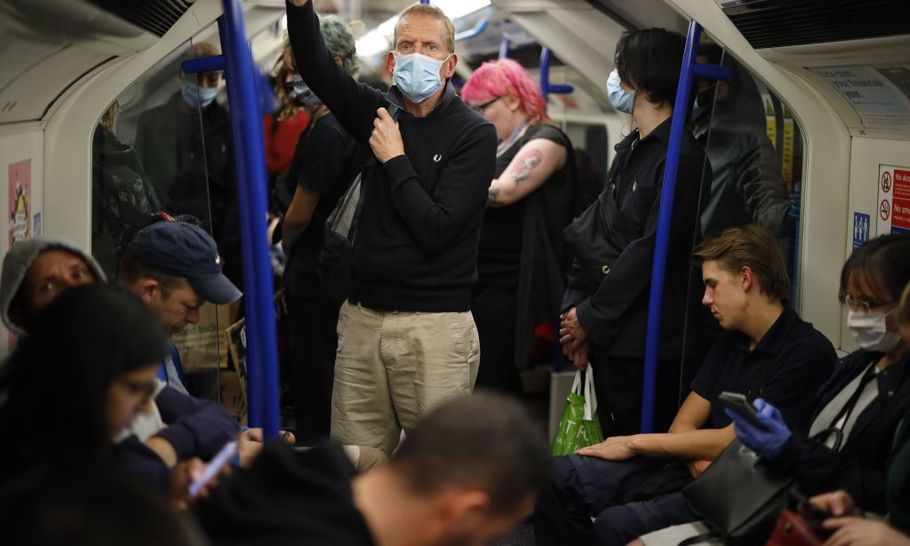 From June 15, it will be compulsory to cover your face on public transport. Announcing the new rule at the Downing Street press conference, Grant Shapps, the Transport Secretary, was at pains to distinguish between face masks and face coverings, explaining that only the latter would be mandatory and that clinical masks were only necessary in a health care setting. There are concerns about shortages of surgical masks for NHS and care staff. Nevertheless, the great majority of travellers will wear masks of some kind. Enforcement will be carried out by police, but transport staff will refuse entry to passengers who fail to cover up. The experience of using buses, trains, tubes, trams, ferries and aircraft will be transformed.

The British have no love of face masks. Unlike some East Asian nations, who wear them even in normal times, we have hitherto resisted any compulsion. The evidence that they reduce the risk of transmission of coronavirus is thin. Yet other European countries, notably Germany, have already made facial coverings mandatory on public transport and some, such as Spain, require them in all public places.

Masks confer little or no protection on the wearer; the benefits, if any, are almost entirely for those in their vicinity. The public health argument is therefore an altruistic one: we must do this for the sake of others. Whether we comply will depend on how well we know and abide by what has become known in the field of ethics as “the golden rule”. In the Hebrew Bible, this takes the form: love your neighbour as yourself. In St Matthew’s Gospel, Jesus gives the injunction as: do unto others as you would have them do unto you. All the world religions express the golden rule in one form or another, usually as a divine commandment.

In secular form, the rule is often formulated as an ethic of reciprocity: wear a face mask to protect others so that they will do the same for you. From a political or legal perspective, the justification is utilitarian: the greatest good of the greatest number. As Jeremy Bentham put it, “the business of government is to promote the happiness of society, by punishing and rewarding.” Punishing those who spread Covid-19 conduces to the happiness of society, even though the risk of any individual doing so is small.

Historically, many societies have required women to cover their faces for reasons of modesty; some, notably in Islamic countries, still do. A minority of European Muslim women wear the niquab, which may leave only the eyes visible. Such veiling of the face has provoked resistance in non-Muslim societies; in France, for example, the law requires that the face must be visible in public places. But in the West, too, veils used to be common in church and are still frequently worn by brides. Some veils, such as the Spanish mantilla, tend to enhance rather than obscure feminine beauty; their purpose is often to attract rather than deter the attention of the opposite sex. This is less true of sunglasses, which hide the most important part of the face. It is no accident that so much trouble is often taken with eye makeup and that some spectacles are so costly. One of the reasons many people dislike face masks is that they make our glasses steam up.

If eyes are windows into our souls, it is good that they won’t be concealed by the facial coverings that will become the norm on public transport. When surrounded by strangers, being able to look at their eyes is important. In future, it will be harder for transport police to identify thieves and other criminals on CCTV because their faces will be only partly visible. That is one of many drawbacks that ministers must be presumed to have weighed carefully before reaching their decision to impose facial coverings by law.

Comparisons have been drawn with the ban on alcohol on some forms of public transport, but this is a much more far-reaching measure. Whether it succeeds will depend on the public: British policing can only be by consent. The golden rule cuts both ways: we won’t do for others what they fail to do for us. Like most things in life, a little courtesy will go a long way to making this burden less onerous. Masking up is unlikely to become permanent; and any restriction is tolerable as long as it is temporary. The benefits are as likely to be as much psychological as medical: they will make people feel safer. This is important: having frightened us off public transport, in due course the authorities may have to encourage us to use it again. The motto might be: have mask, will travel. Bon voyage!