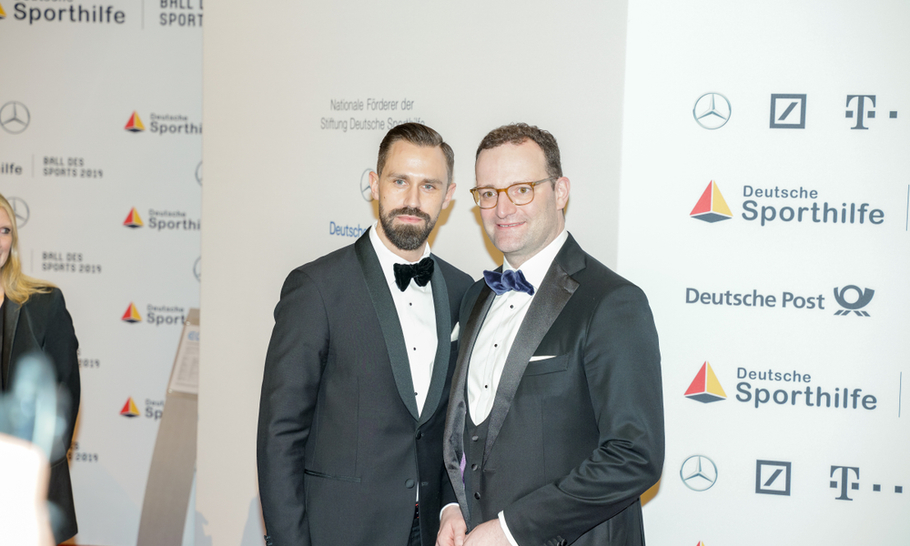 In Berlin, as in London, health ministers are being pilloried in the media. That is no surprise. Here in Britain, Matt Hancock is the prime target of rage and despair for all those whose lives are on hold and livelihoods in tatters. As we emerge from lockdown, he is being blamed for invidious decisions about whether a city or region has been placed in Tier 2 or Tier 3. Few would envy Hancock’s half-hour in the limelight.

By contrast, his German counterpart, Jens Spahn, is all too much envied. It isn’t merely the fact that, as the sun sets on the Merkel era, Spahn is the rising star. Credited with saving Germany from the worst of the pandemic, his popularity is second only to that of the Chancellor. Nobody doubts his ability, nor his charisma — all the more unusual in a political culture where sobriety, seriousness, discretion and even dullness are the supreme virtues.

This week, however, Spahn’s private life has been subjected to unwelcome scrutiny. Not, as often in the past, because he is the most prominent gay politician in Germany. In an elderly, socially conservative society, among the last in Europe to legalise same-sex marriage, Spahn was quick to wed his partner, signaling that he represented a younger and more liberal generation.

No, this time the headlines in Berlin have another theme: the Health Minister and his house price. Last August, Spahn and his husband were reported in the foreign press to have bought a villa in Dahlem, the capital’s most desirable suburb, for €4.2 million (£3.75 million). Now, four months later, the centre-Left paper Der Tagesspiegel has broken the story to the German public. Uproar has ensued, with the minister obtaining a court injunction to prevent media coverage of what under German law is a private matter. Newspapers have obeyed the court by refraining from publishing the exact house price, while running finger-wagging editorials rebuking the minister for splashing his cash in the midst of a pandemic. On the centre-Right, Die Welt reminded Spahn that “Germany is a modest country, in the best sense of the word. Power stems from the votes of average earners, who have a strong sense of what is appropriate and what is not.”

British spectators may wonder: why is this even a story? Spahn’s villa is a bargain by London standards: a mansion of that size (300 square metres, or 3,250 square feet) in an equivalent district (say Kensington or Hampstead) would probably cost twice as much. It is true that ministerial house purchases here sometimes occasion adverse tabloid publicity, as Tony and Cherie Blair discovered to their cost. Nobody here thinks it unusual or wildly extravagant, however, for Cabinet ministers to own one or even two houses worth several million pounds. Prime Ministers, Foreign Secretaries and Chancellors of the Exchequer all have both official residences and country houses at their disposal. The ability of those who hold great offices of state to host and entertain in style is, for most people, a source of pride rather than pique.

Not so in Germany — and especially not in Berlin. If the British aspire, at least, to be a nation of homeowners, and an Englishman’s home is still his (or her) castle, the Germans are a nation that rents. The vast majority do not own any property — but almost every family has some memory of being “bombed out” in the war. Housing is still in short supply, especially in Berlin. Grand houses are for tasteless oligarchs and any display of wealth is considered unstatesmanlike.

Angela Merkel chooses to live, not in her official apartment, but in the third-floor flat that she acquired before she became Chancellor exactly 15 years ago. She and her husband, a professor of physics, also own a country cottage, but they have no equivalent to Chequers. Like most of her fellow East Germans, she has no taste for a luxurious lifestyle, contenting herself with nice trouser suits and annual pilgrimages to the Bayreuth Festival.

The house that her Health Minister and one potential successor has bought has quite a different vibe. Most properties in Dahlem are built in the pompous style of Bismarck and the Kaiser, but Spahn’s villa dates from the 1920s. The elegant simplicity of Bauhaus is the ne plus ultra of German architecture. This makes the minister’s new home even more enviable. The British and US ambassadors also have their residences in Dahlem, but neither has a home as chic as Spahn’s.

Dahlem during the Weimar Republic also has more disturbing connotations. As he emerged from one such villa, Walther Rathenau, the Foreign Minister and writer, was assassinated by an anti-Semitic far-Right terrorist. Another neighbour was the Prussian Culture Minister, CH Becker, who presided over the renaissance of the arts and university reform during the Weimar period. The Nazis appropriated the homes of many prominent Jewish residents for themselves. The history of the villa now at the centre of controversy has yet to be revealed, but it has apparently not been renovated since about 1950.

There seems little doubt that Spahn and his husband, Daniel Funke, can afford to finance the mortgage they took out to buy their new home. Funke is well paid as head of the Berlin office of the media company Burda, while Spahn’s salary is €240,000 (£214,000) a year — considerably more, incidentally, than his British counterpart Matt Hancock, who earns £143,000.

At just 40, Jens Spahn is the ablest German politician of his generation. It would be a great pity if his career were to be blighted by a row about the price of his house. So far, there is no sign of his popularity having suffered from the controversy. But he will have learnt his lesson: in Berlin, it does not pay to be ostentatious. If he had bothered to ask the advice of “Mutti” Merkel, she would have told young Jens to put off his purchase for a while. For ambitious German politicians, discretion is the better part of valuation.