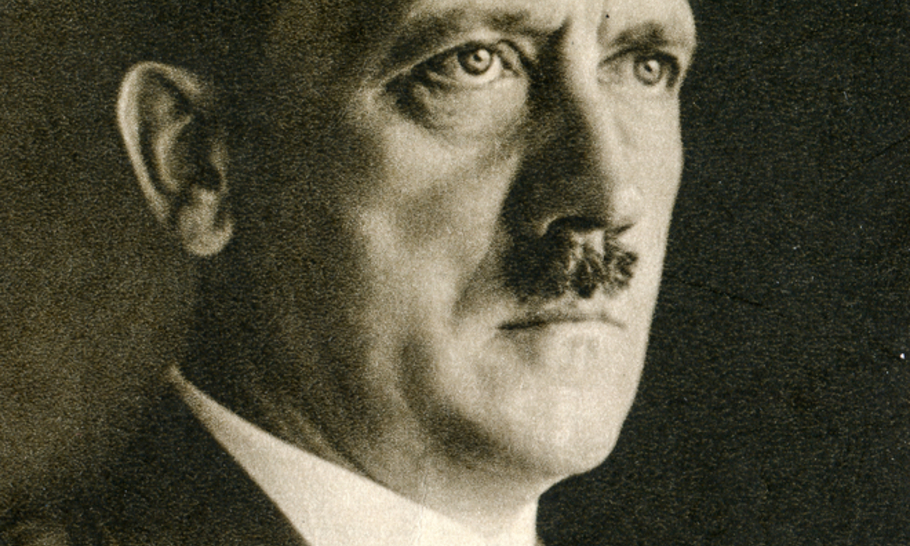 Oxford has been one of the best places to buy second-hand books. Once, I bought all ten volumes of Chambers’ Encyclopaedia for ten shillings. Not many of these shops are still around. Last week I found one still open, and not only open but having interesting books on offer. Actually, I should not use the plural: I found only one book but that turned out to be of great interest. The author was Rudolf Olden, one-time Political Editor of the Berliner Tageblatt. There were two things very remarkable about the book: its title, Hitler the Pawn, and its date of publication, 1936.

The book being so old could offer something new, something present-day biographers might have dismissed, overlooked or simply missed. It offers a brief biography of Hitler and his family, of his youth, of his early and miserable days in Vienna. At the same time we are given a political history of the Reich, seen through the eyes of a leading German journalist and contemporary of the dictator.

The title of the book is not original. From the time Hitler first appeared on the political scene he was often regarded as a pawn, a man who does not make, is not allowed to make, any independent decisions, a person used by others for their own purposes. If Hitler was regarded a pawn, or a puppet, who were the puppet-masters? A brief search would end up with Brüning, Papen and Schleicher, the men who played the game of musical chairs with the post of Reich Chancellor until 1933. Who else? Captains of industry and bankers. They ensured between them that the National Socialist Party was never short of money and could continue their blustery Nationalist policy.

Of the many discussions in the book, one is of particular interest: Rearmament. The conventional wisdom nowadays is that as soon as Hitler got into power his first job was to rearm the country. Olden argues that the idea of rearmament had an earlier origin. A powerful campaign was launched in the early 1920s by the Reichswehr. By 1930 the new religion, “which actually was no more than the old Prussian religion,” was preached everywhere. Rearmament implied the suppression of liberties. It was only a question of time. A Dictator was bound to emerge. The struggle centred round the Dictator’s identity. The moderates, like Brüning, hoped for a Hohenzollern. This was the only way, he thought, that the Reichswehr could be restrained and kept out of the political arena. Of the men responsible for the great decision, not one ever thought of entrusting the rearmament dictatorship, the dictatorship of the Reichswehr, to the plebeian Hitler.

This is a possible scenario; indeed, it must have been the scenario played out before Olden’s vigilant eyes. But the “Hitler the Pawn” scenario is no longer tenable after the first 1932 election, when the National Socialists, as the biggest party in the Reichstag, got into power, with Hitler eventually becoming Reich Chancellor — more or less legally. There is no point following Olden’s story any further. A man who could literally eliminate all his opponents in one great orgy of slaughter (as Hitler did in 1934) is no pawn, no ordinary man. He is the devil incarnate. I don’t think Olden’s further observations are relevant, but it is well worth reading his quotes from Dorothy Thomson’s 1931 interview with Hitler that, I believe, is not widely known. She wrote:

“When I walked into Adolf Hitler’s salon I was convinced that I was meeting the future dictator of Germany. In less than 50 seconds I was sure, I was not. It took just that time to measure the startling insignificance of this man who set the world agog. He is formless, almost faceless, a man whose countenance is a caricature, a man whose framework seems cartilaginous without bones. He is inconsequent and voluble, ill-poised, insecure. He is the very prototype of the Little Man. A lock of lank hair falls over an insignificant and slightly retreating forehead. The back head is shallow. His face is broad in the cheekbones. The nose is large, but badly shaped and without character. His movements are awkward, almost undignified. There is in his face no trace of inner conflict or self-discipline.”

And yet he is not without a certain charm, the soft feminine charm of the Austrian! When he talks it is with the broad Austrian dialect. The eyes alone are notable. Dark gray and hyperthyroid — they have a peculiar shine which often distinguishes geniuses, alcoholics and hysterics. There is something irritatingly refined about him. I bet he crooks his little finger when he drinks a cup of tea. His is an actor’s face. Capable of being pushed out or in, expanded or contracted. Much of his character is vague. It is certain however that he is revengeful, that he neither forgets nor forgives.”

Well, the lady got it wrong. Adolf Hitler did become a dictator. However, she was right that he “neither forgets nor forgives”. One of the victims of Hitler’s 1934 massacre, known as the Night of the long knives, was Father Bernhard Stempfle, who had dared to change the great man’s words. His sin was once to have revised the proofs of Mein Kampf. He was duly shot by the SS in the woods outside Munich.