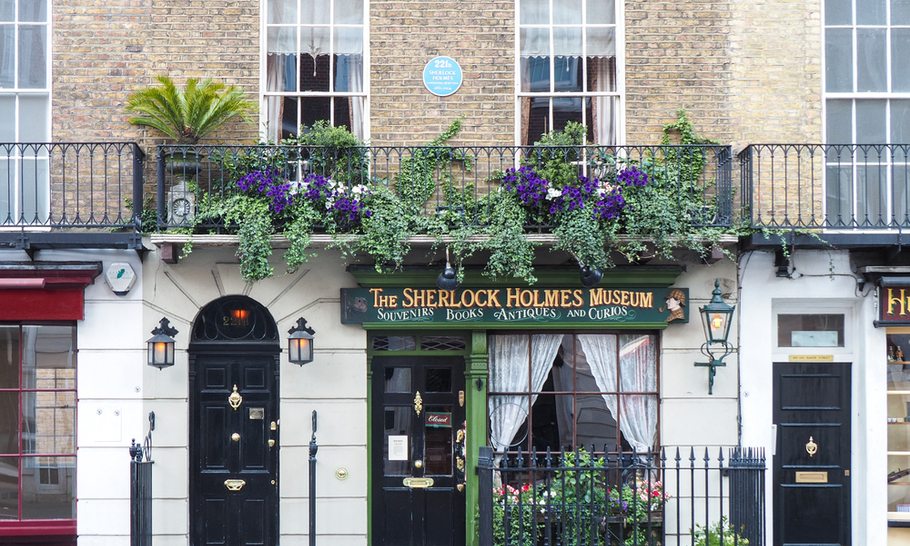 I love Marmite, and I revere the tales of Sherlock Holmes. I realise that not everyone does, but I am not alone in my devotion. I devoured the stories as a boy, and have reread them ever since, particularly when in need of comfort. Like all Holmesians, I must ignore or forgive the occasional inconsistencies of his creator, Sir Arthur Conan Doyle, who could not keep the simplest facts straight in his head. For instance, Holmes’ companion Dr John Watson is introduced in the first story, A Study in Scarlet, as a former army surgeon wounded in Afghanistan:

“At the fatal battle of Maiwand… I was struck on the shoulder by a Jezail bullet, which shattered the bone and grazed the subclavian artery.”

This sounds pretty nasty, and certainly justifies Watson’s medical discharge. However, in the very next tale, The Sign of the Four, we read:

“I … sat nursing my wounded leg. I had a Jezail bullet through it some time before, and, though it did not prevent me from walking, it ached wearily at every change of the weather.”

These little details do not matter to the true Holmesian. But I have always been perturbed by the address, 221B Baker Street, where Holmes and Watson shared a bachelor flat, cared for by their redoubtable landlady Mrs Hudson. As every tourist knows, 221B is on the northern extension of Baker Street, between the Marylebone Road and Regent’s Park. In 1890 this was known as Upper Baker St. The house itself – a late Georgian terrace, now home to the Sherlock Holmes Museum – looks right, but the neighbourhood is all wrong. It is not at the centre of affairs, it is too suburban. Where Holmes and Watson lived was surely in the midst of the grime and bustle of late Victorian London, much closer to Oxford Street.

And so it proves. Baker Street in the 1890’s was much shorter than its modern version, and ran south from the junction with Paddington St. The modern section north from Paddington Street to the Marylebone Road was then named York Place. So “221B” – one should discount the actual number, however resonant it has become – was situated on Baker Street somewhere between Paddington Street and Portman Square. The evidence for its whereabouts is secreted in one of the best Holmes short stories.

The unreliable Conan Doyle tried to kill off his greatest creation – he actually preferred his eccentric 14th century knight Sir Nigel Loring of the White Company – but was forced by an outraged public to bring Holmes back. It was in the comeback story, The Adventure of the Empty House, that he lays the clues.
Readers may remember that Holmes was supposed to have tumbled into the Reichenbach Falls while grappling with Professor Moriarty, the “Napoleon of Crime.” In fact, he had managed to hold on to a ledge before making good his escape and spending three years travelling in disguise. As he tells the astonished Watson on his reappearance:

“I travelled for two years in Tibet, therefore, and amused myself by visiting Lhassa and spending some days with the head Llama. You may have read of the remarkable explorations of a Norwegian named Sigerson, but I am sure that it never occurred to you that you were receiving news of your friend. I then passed through Persia, looked in at Mecca, and paid a short but interesting visit to the Khalifa at Khartoum, the results of which I have communicated to the Foreign Office. Returning to France I spent some months in research into the coal-tar derivatives.”

Back in London, Holmes is being hunted by the late Moriarty’s chief of staff, Colonel Sebastian Moran, “the best heavy game shot that our Eastern Empire has ever produced”. He asks Watson to accompany him on a most dangerous adventure:

“I had imagined that we were bound for Baker Street, but Holmes stopped the cab at the corner of Cavendish Square. I observed that as he stepped out he gave a most searching glance to right and left, and at every subsequent street corner he took the utmost pains to assure that he was not followed. Our route was certainly a singular one. Holmes’s knowledge of the byways of London was extraordinary, and on this occasion he passed rapidly, and with an assured step, through a network of mews and stables the very existence of which I had never known. We emerged at last into a small road, lined with old, gloomy houses, which led us into Manchester Street, and so to Blandford Street. Here he turned swiftly down a narrow passage, passed through a wooden gate into a deserted yard, and then opened with a key the back door of a house. We entered together and he closed it behind us.”

Either Holmes turned right from Blandford St into Blackstone Place, or left into Kendall Place, both of them mews – the story does not specify. However, from the very detailed Ordnance Survey map of 1890, it seems certain they had turned into Kendall Place (then Kendall Mews), where the second house had a small rear yard, as described in the tale. Blackstone Place has no house with such a yard.

In the empty house they pass through the gloom to emerge into a chamber which Watson realises with a shock is directly opposite “our old rooms” on Baker St. Holmes directs Watson’s gaze up to the first-floor window of 221B where a wax effigy of himself is visible in the lamplight. Every few minutes, to fool any watching villain, the position of the waxwork is changed by the invisible landlady Mrs Hudson. Eventually they snare the evil Moran after he has crept into their hiding place and shot the head of the waxwork across the road with his bespoke airgun. As Holmes says: “An admirable and unique weapon, noiseless and of tremendous power: I knew Von Herder, the blind German mechanic, who constructed it to the order of the late Professor Moriarty.”

From the evidence of the story and the Ordnance Survey map, the late Georgian house in which Holmes and Watson ambushed Colonel Moran is still standing. The ground floor of No.34 Baker Street, the second along from the corner of Blandford Street, is part of the Japanese Knife Company’s show room, where today they sell a different type of “admirable and unique weapon, noiseless and of tremendous power.”

The house across the road – “221B” – would have been either 31 or 33 Baker Street. In another story, we learn that there was a plane tree in a yard behind the house. The Ordnance Survey shows only one back yard on this block, behind No.31. This was directly across the street from No.32, but that would have presented no problem for Col Moran taking his shot from No. 34.

Until recently the west side of Baker Street between Blandford St and George St was occupied by a bland four storey modern building with retail units at ground floor. It has recently been torn down and is due to be replaced by “a mixed use scheme providing commercial uses and up to 51 residential units within a new ground plus nine storey building on Baker Street”.

Whatever new architectural hell this turns out to be, we can agree that Sherlock Holmes and his landlady Mrs Hudson – Martha Hudson, as we learned in His Last Bow – were wise when they decamped to the Sussex coast, where he took up bee-keeping and she became his housekeeper, companion and assistant in counterespionage prior to the First World War. 221B – or 31 – Baker Street could fade safely into legend.