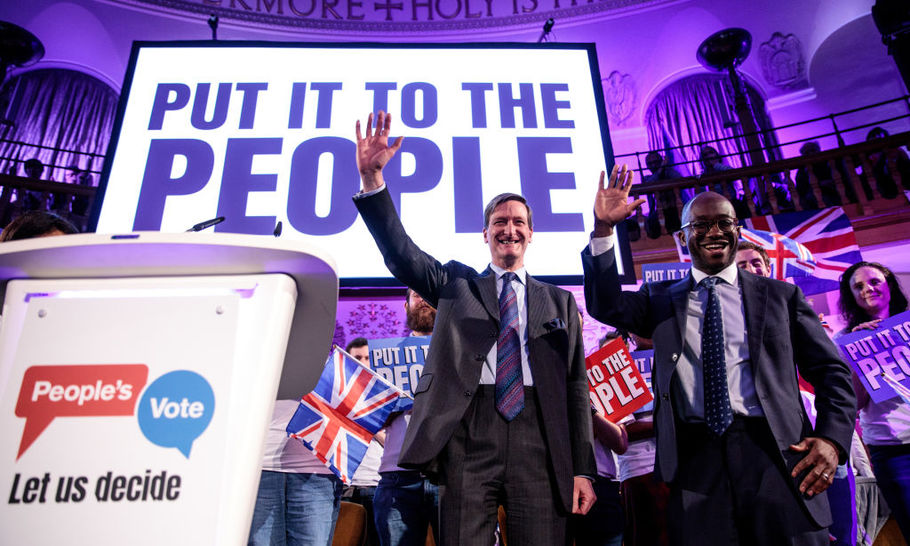 In February 2010, then Liberal Democrat leader Nick Clegg categorically ruled out entering into a coalition government with either Labour or the Conservatives following that year’s general election. Three months later, he was appointed Deputy Prime Minister under David Cameron.

The party’s 2015 electoral wipe-out is a fading memory: the Lib Dems are on the up and up. They were quicker to leap onto the Remain bandwagon than Labour, and have successfully positioned themselves as the primary pro-EU party.

Jo Swinson, their excitable, yapping new leader, flat-out refuses even to countenance the idea of a coalition government, in much the same way as Clegg did in 2010. Instead she pontificates on what a majority Liberal Democrat government could achieve. Early Lib Dem election literature boldly presents Swinson as “Britain’s next Prime Minister”.

More realistic, of course, is the possibility of the Lib Dems as a junior coalition partner. They are consistently polling in the high teens, and are on course to win a few dozen seats. The chance of a hung Parliament is not especially small, so Jo Swinson could very soon find herself a kingmaker, twiddling the keys to Number 10 between her fingertips as the slack-jawed Johnson and Corbyn look on.

Setting aside the all-consuming, but ultimately singular policy issue that is Brexit – which, if there is a god, will be in our rear-view mirror early next year – the policies for which Swinson’s Lib Dems and Johnson’s Tories stand do not differ all that wildly.

There are enormous overlaps between the liberal, broadly progressive social worldviews adopted by both parties, and they share a profound enthusiasm for a Keynesian attitude to public sector spending (what a cynic might describe as throwing money at schools and the NHS), along with a horror of Labour’s hardline socialist stances – particularly its fetishisation of sweeping nationalisations and property seizures.

On policy, then, a Tory-Lib Dem coalition is the obvious post-Brexit choice for Swinson in the event of a hung Parliament. Politically, too, the match is not as far-fetched as it might seem at first glance. After all, a number of sitting Lib Dem MPs – including Sam Gyimah, Sarah Wollaston and Phillip Lee – were Conservatives until very recently.

These MPs were welcomed into the Liberal Democrats against the wishes of swathes of its membership. This is indicative of the current Lib Dem leadership’s willingness to work with Conservatives in order to achieve its policy aims, which might well inform its post-electoral decision-making process.

Perhaps more crucially, Swinson has been one of the most vocal critics of Jeremy Corbyn, outside the Conservative Party, throughout his time as Leader of the Opposition. She has reiterated countless times that she believes him entirely unfit to be Prime Minister.

If Labour are to convince the kingmaker Lib Dems to join their government, it seems inescapable that they would have to depose their leader almost immediately. Replacing him with a senior Shadow Cabinet Corbynista would surely be insufficient in addressing Swinson’s concerns, so Labour would have to engage in a no-holds-barred existential leadership contest which could tear the party apart.

In the aftermath of a general election but before the formation of a new government, this is simply not practicable. It seems, therefore, that Swinson’s path to government would be considerably smoother if she were to side with the Conservatives. She does not appear to have the same fundamental reservations about the current Conservative leadership as she does about Labour. If the chasm between the two parties’ Brexit policies can be bridged, very little would stand in the way of this coalition.

A confirmatory referendum between the government’s new deal and Remain might just achieve this; Johnson could campaign for his deal and insist on the need to ‘get Brexit done’, while Swinson would be appeased because Brexit could not happen without a clear mandate through a public vote. Once the Brexit question is finally settled, Johnson’s Tories and Swinson’s Lib Dems could govern together relatively harmoniously, as Cameron and Clegg did.

Bizarre though it may sound now, there is a very real possibility that in order to clamber over the almighty Brexit stumbling block (and, of course, to retain his place in Downing Street) Boris Johnson could soon find himself supporting a second Brexit referendum.