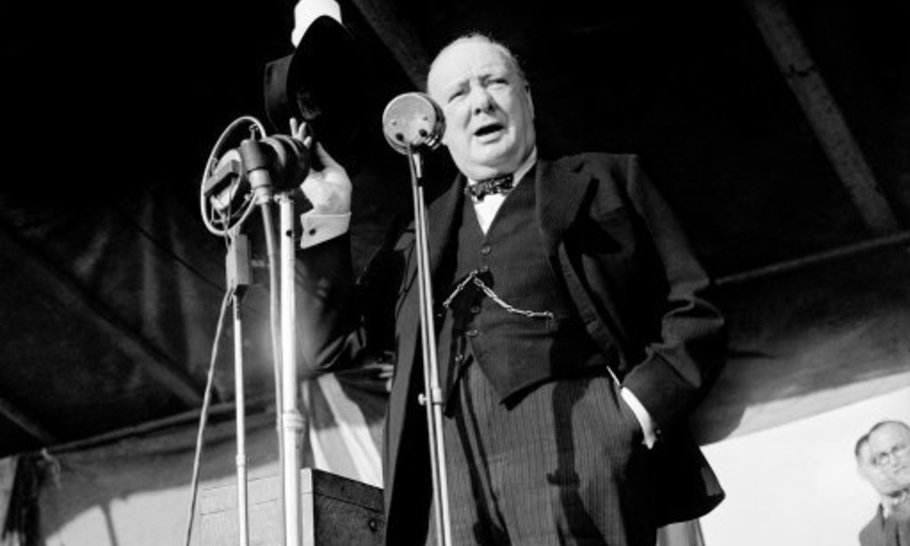 Volunteers did not take long to clean off the graffiti daubed by Black Lives Matter protestors on the plinth of Winston Churchill’s statue in Parliament Square. Public art has always been vandalised by iconoclasts; if effigies of heroes and villains did not arouse strong feelings, who would bother to erect them?

More serious than the damage to Ivor Roberts-Jones’s bronze is the question of Churchill’s reputation, which is yet again under the spotlight. In a career lasting some seventy years, the “Greatest Briton” (as many see him) inevitably did many things that were controversial at the time or have become so since. The Bengal famine, which now looms so large on the charge sheet of his detractors, went unmentioned in the thousand pages of the 1991 Life by his official biographer Martin Gilbert. Similarly, the bombing of Dresden is now used by some critics to depict him as a war criminal. What can be said with confidence is that while Churchill’s judgement was often erratic, his motives were almost invariably above reproach. His failures were as spectacular as his successes, but even in defeat his audacity commands respect. His enemies denounced him as a warmonger, but his aim was always to shorten the war. Churchill loved life too much to be careless with the lives of others.

His role in one of the worst naval disasters of the Second World War has now come under renewed scrutiny. The sinking of the aircraft carrier HMS Glorious, together with her escorting destroyers Ardent and Acasta, on June 8, 1940, cost the lives of 1,519 men and brought the Norwegian campaign to a humiliating end. The aircraft carrier’s interception and destruction by the two German battlecruisers Scharnhorst and Gneisenau was not only a bitter defeat for the Royal Navy but a rare failure of British intelligence, despite the best efforts of the codebreakers at Bletchley Park. Though the loss of Glorious could not be suppressed and the Admiralty held an enquiry, it was shrouded in secrecy and the documents were sealed until 2041. Official explanations have never satisfied the descendants of those involved, especially those of the ship’s commander, Captain Guy D’Oyly Hughes, who was posthumously blamed. He was said to be returning to Scapa Flow in order to court martial one of his officers for disobeying orders.

Now Ben Barker, the grandson of Ardent’s commander, has proposed a new theory to explain the loss of Glorious. Having uncovered evidence that, a month before, D’Oyly Hughes and the mine-laying expert Admiral Drax had held a meeting with Churchill at the Admiralty, Barker suggests that the aircraft carrier was engaged in a secret mission on the orders of the Prime Minister. That mission was part of “Operation Paul”, a bold and typically Churchillian plan to win the war by cutting Nazi Germany off from its most vital strategic supplies: Swedish iron ore.

Six months earlier, as First Lord of the Admiralty, Churchill had tried unsuccessfully to gain Cabinet approval for “Project Catherine”: a plan to send a British task force into the Baltic Sea to sever the German supply line to Sweden. The German invasions of Denmark and Norway in April 1940 were designed to secure this vital iron ore trade route. In response, the British sent substantial forces to Narvik in northern Norway. Churchill hoped to establish a bridgehead there and later to invade neutral Sweden. Blitzkrieg tactics, however, quickly established German air superiority over Norway. British failures there led to the replacement of Chamberlain by Churchill as Prime Minister. Meanwhile, the defeat of France and the evacuation of Dunkirk forced him to cut his losses in Norway.

As the British withdrew from Narvik, Glorious picked up a squadron of Hurricanes — the first time that such modern aircraft had landed on an aircraft carrier — and abandoned the convoy carrying the troops home. Where she was headed and why such a valuable warship was relatively unprotected has never been satisfactorily explained. Nor is it clear why none of her aircraft was airborne at the time when the Germans spotted her and her escorts. The mystery is compounded by the fact that D’Oyly Hughes did not report their contact with the enemy, as he would normally have done. Hence the loss of the three ships was discovered too late for the Navy to rescue survivors; just 41 were picked up days later by Norwegian trawlers.

Why was the mission so shrouded in mystery? If Barker is correct, Glorious had already carried out a dry run for Operation Paul, which would have involved using her seaborne Swordfish planes to lay a cordon of mines around the Swedish port of Lulea, from which most of the iron ore was exported to Germany. Such a daring plan could only have succeeded by maintaining absolute radio silence and keeping aircraft on deck. Only their smoke betrayed their presence when they encountered German warships.

We know that Operation Paul failed — but was it worth the gamble? Swedish iron ore continued to supply the Germans until late 1944. If Churchill’s plan had succeeded, the war might have been shortened by four years. The occupation and devastation of Europe, the loss of up to 80 million lives, including the Holocaust, would have been prevented. With such high stakes, an attempt to strangle Hitler’s war effort would not have seemed too ambitious to a leader of Churchill’s courage. Violating Swedish neutrality at that point would certainly have been a big risk, with Mussolini’s Italy about to declare war on Britain and Franco’s Spain under pressure to do so. But Churchill knew that the war could not be won without taking risks.

What actually happened is recorded in a German propaganda newsreel of the time, showing Scharnhorst and Gneisenau firing salvo after salvo of their 11-inch guns at the burning wreck of Glorious. Her destroyers threw a smokescreen around the aircraft carrier, to no avail. Yet the British fought with incredible bravery. With Ardent sunk and Glorious ablaze, Acasta sailed straight for the huge German battlecruisers, launched her torpedoes and scored a hit on Scharnhorst before being sunk. The damage done forced the German squadron to return to port for repairs. If Hitler had decided to invade Britain that summer, one of his most powerful warships would have been out of action.

Churchill took the loss of ships in action very personally. He was devasted by the sinking of the Hood by the Bismarck and of the Prince of Wales and Repulse by Japanese aircraft. The loss of the Glorious is less well remembered. Now we know why. But we may be sure that it weighed no less heavily at the time. It would be a grand gesture for the Ministry of Defence to release the relevant papers now, ahead of the 100-year moratorium, for the sake of the families of those lost in action, but also in order to establish the truth. It is a fair guess that whenever the full story can be told, Winston Churchill’s reputation will emerge intact. There was nothing inglorious about the sinking of HMS Glorious.