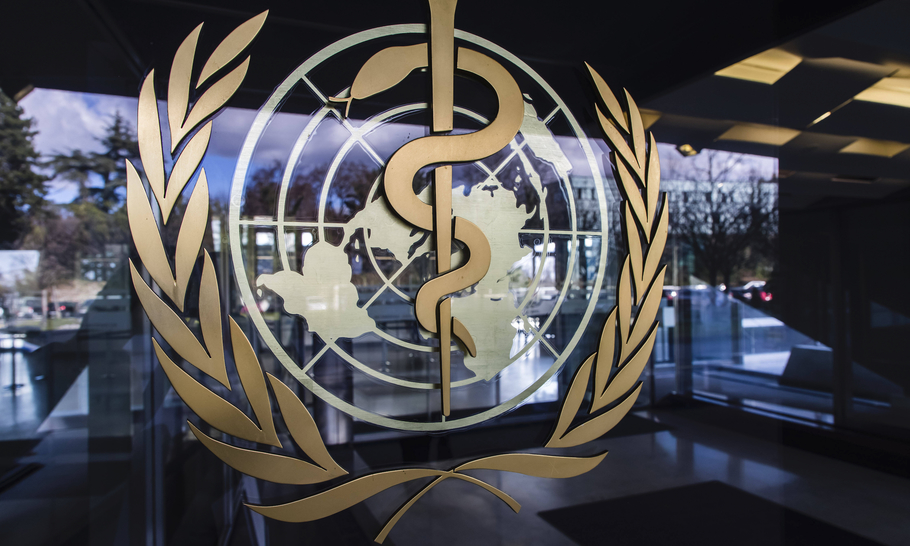 Epidemics have historically held a mirror to society, revealing our relationships to the environment we have created, not least our social and political connections. They have also tended to usher in profound social change. Speaking to the BBC’s Newsnight late last week, Graham Madley, a professor of infectious disease modelling, gave a clear expectation of the magnitude of social change we should expect in the wake of Covid-19, whatever course of action we take.

As he put it, “This is the kind of event, I think which is going to live on for decades in terms of people’s minds and you kind of look back in history and see things like the London Blitz… these things that get fixed into folklore and people talk about for decades to come.”

While the recent focus has understandably been on public health, coronavirus has also laid bare the security fault lines of our world as they really are, not as we might wish them to be. The human conception of national security is no less prone to social change than any other area of political life. Much of what came before will now be judged through the filter of this year’s events. Covid-19 has made pandemic disease the most pressing national security issue and has revealed just how badly prepared almost all countries are, both individually and collectively.

As Germany becomes the latest country to close its borders, Europe’s Schengen network of open frontiers is close to collapse — so too are transatlantic routes between the members of the Nato alliance. The response among all of the countries of the West has been deeply insular. At the time of writing, a bitter row has erupted over attempts by Donald Trump to lure a German company working on a coronavirus vaccine to the US.

The apparent stakes of what Trump envisaged were underlined by the terse response from German politicians that no country should have a monopoly on any future vaccine. Not only has the response among so-called allies been far from coordinated, something close to nationalist isolationism has reappeared. It may well be Covid-19, not Brexit or Vladimir Putin, that pushes the EU and Nato to their respective breaking points.

Crises of this magnitude tend to reveal a weakness that had hitherto been hidden. In 2008, it was debt, in the form of subprime mortgages that precipitated the most severe financial crash in a hundred years. Despite the appearance of pandemics at the very top of the list of threats in both the US and UK National Security Strategies (from 2017 and 2015 respectively) the top level thinking on both sides of the Atlantic appears to have been based on mistaken assumptions; assumptions that remained uncorrected despite ample warnings to the contrary. The language in both strategy documents makes clear that pandemics, at least among national security officials, were seen in terms of diseases like Ebola, probably originating from the developing world and combatted by assisting poorly-developed local healthcare. The disparity with the warnings from the World Health Organisation, several prominent think tanks, and the US intelligence community, of a fast spreading coronavirus in an integrated, global economy could not be starker.

The arrival of Covid-19 is the long anticipated arrival of “Disease X” which the WHO predicted in 2018. Meeting in February of that year in Geneva, for the first time the WHO’s panel of respected virologists, epidemiologists and bacteriologists included a “known unknown” in their planning assumptions, an as-yet unknown disease with the potential for pandemic. Trump’s response in 2018 was to dismantle the specialist team within the National Security Council that was set up as a result of the challenge of dealing with Ebola in 2014.

In worldwide threat assessments, in both 2017 and 2018, the US intelligence community specifically mentioned a close cousin of coronavirus by name, saying it had “pandemic potential”. On both sides of the Atlantic we have specialist teams focusing on disinformation and cyber threats. We should be asking why no commensurate resources were in place for biological security. In the UK we published our first Biosecurity Strategy in 2018, which correctly identified the type of pandemic we now face. It is not clear to what extent this paper was ever implemented. Until the end of last week the Commons Select Committee webpage suggested that a review of the strategy had been on hold due to the December election. It has since been hastily updated. Indeed, we appear to be relying on an influenza pandemic preparedness strategy from 2011 to guide the public response.

It is not just the planning assumptions of Western national security teams that will shift. Coronavirus is already shifting the global balance of power. American leadership and the post-war system of multilateral institutions appear to be failing. The US Federal Reserve failed to calm the biggest one day drop in the financial markets since Black Monday in 1987. The WHO’s sudden importance only serves to underscore years of underfunding, lack of international support and toothlessness. This relative impotence was matched by the unpleasant realisation that even an increase in the European Central Bank’s bond buybacks was not enough to prevent the euro, European equity and bond markets crashing. The indication is that central banks are running out of firepower, unable to cut interest rates any lower.

Where previously the US might have led the way, there is a worrying lack of leadership or coordination in the global response to Covid-19. Despite largely similar language regarding pandemics in national security documents the world over, there is a significant disparity in public health approaches. A lack of international cooperation will almost certainly hamper efforts to deal with the pandemic. Viruses do not respect national borders. Our responses cannot either.

Yet Donald Trump has managed to exacerbate already deteriorating transatlantic relations, aiming a broad critique at Europe rather than offering solidarity. As Damon Wilson at the Atlantic Council put it, “America First apparently means blame everyone else… The golden rule of leading an alliance is consultation — don’t take your friends by surprise, especially when your actions target them. This isn’t about being nice… What happens the next time we need our allies?”

This is a worrying precedent for US global leadership, already seen by many as being in decline. The UK should take little comfort either from being excluded from the travel ban (on arbitrary grounds) or from Trump’s instinctive air raid in Iraq. Killing another Iranian general, even if in retaliation for an attack which killed a British soldier, seems like fiddling while Rome burns; neither stabilising the situation in the Middle East nor addressing the more pressing crisis facing both the US and UK.

Even in the midst of their own public health crisis, China is engaging in a significant propaganda battle and power play, largely directed at ascribing blame for the pandemic to the US. It is at moments like this that fake news and disinformation really becomes weaponised and puts the power of creating mass civil disobedience into the hands of foreign aggressors. The Jack Ma Foundation, seen as a state proxy by some, has been busy tweeting about their offer of a donation of 500,000 testing kits and 1 million medical masks to the US. It follows the prominent appearance on social media of Chinese aid supplies landing in Italy, Japan, Korea, Iran and Spain. The comparison between the US and Chinese response to Covid-19 may well be one of the most important changes cemented in our collective imagination.

With what appears to be the comparatively low mortality rates of Covid-19, this will be an extremely painful warning of potential extinction level events. The national security environment will never look the same again. We need to reconceive how we think about security, both in terms of priorities and alliances.

It is hard to predict what the balance of geopolitical power will look like when we emerge from the coronavirus pandemic, but it would be naïve to think that things will remain as they have been for 80 years. National security planners have long suggested that we were in a new period of great power conflict — they assumed that it would take the form of direct combat. The real battleground between states, much as it was during World War Two, appears to be the race for respirators, and the ability to co-opt civil society and industry. The Chinese government clearly realise this and have remembered Rahm Emmanuel’s famous dictum, “Never let a serious crisis go to waste.”