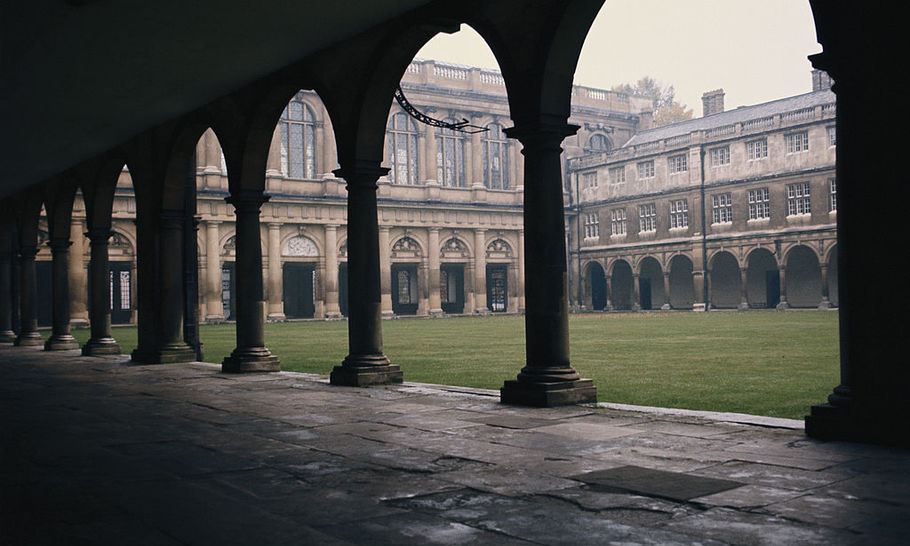 Universities are supposed to be bastions of the open-minded. Who could have predicted that they would become the most intolerant places of all? Yet that is what seems to be happening, if a YouGov poll for a study for Policy Exchange is correct. It paints an alarming picture of polarised academics who are afraid to speak their minds or even lunch with colleagues of the opposite opinion. And because those who lean Right are in a small minority, they are especially beleaguered, intimidated and discriminated against.

The word “university” comes from the Latin universitas, meaning “the whole”. Ever since their medieval origins, these have been centres of learning where the entire spectrum of knowledge is taught, gathering together students and teachers from every corner, first of Europe, later of the world. Indeed, the very concept of “nations” emerged in these marketplaces of the mind. Hence universities should also be focal points where professors of very different persuasions encounter one another. It ought to go without saying that they should feel confident about voicing these differing views. They should treat one another with respect and expect the same in return. How else can they set an example to the young people they teach?

According to the Policy Exchange study , this is not what has been happening recently in British universities. The authors are Remi Adekoya, Eric Kaufman and Tom Simpson, all themselves academics who teach at Sheffield, University College, London, and Oxford respectively. Although Policy Exchange is a conservative think tank, this report is no Right-wing rant. It has been endorsed by such luminaries as the former head of the Equalities Commission Trevor Phillips, the former Supreme Court judge Lord Sumption and the former Labour Education Secretary, now pro-Vice Chancellor of St Mary’s University, London, Ruth Kelly. The foreword is by Ruth Smeeth, the former Labour MP, now CEO of Index on Censorship.

The authors report that institutional discrimination, especially in the social sciences and humanities (SSH), is so pervasive that dissenters are driven to self-censorship because they fear that speaking openly would damage their careers. The figures, for anyone who wants students to be exposed to a broad range of views, are disturbing. Only 9 per cent of active SSH academics voted Leave; even fewer — just 7 per cent — consider themselves as right-leaning. Some 40 per cent of the former and half of the latter say that they hide their views in teaching and research. The sample of 820 academics includes 336 who were retired. When the latter are taken into account, 32 per cent of right-leaning and 27 per cent of Leavers self-censor.

Both left- and right-leaning academics admit that they would be influenced by an applicant’s politics when considering them for a job, but because there are so few conservatives, the study argues that they suffer disproportionately from discrimination. Indeed, it is hard to see how any sort of balance could be restored without government intervention that would itself be seen as a threat to academic freedom. Indeed, the reaction of Jo Grady of the University and College Union to the report was to dismiss its findings as “a myth” and instead to denounce the Tory government’s attempts to “police what can and cannot be taught”. When faced with a problem that goes to the heart of what universities are for, those who are paid to represent lecturers simply deny that it exists.

The problem is in any case a deeper one than job or career discrimination. The challenge is intellectual, not merely institutional. When academics are asked with whom they would feel comfortable at lunch, many prefer not to sit next to those with different opinions. While 86 per cent would be happy to sit next to a Remain supporter, just 54 per cent would break bread with a Brexiteer. Just 36 per cent would do so with a colleague who opposed admitting trans women to women’s refuges. Academics on the left are more likely to self-censor on transgender issues than any others.

The authors advocate a Bill which would impose a duty on universities to protect academic freedom, including the right to question received wisdom within the law. But we can already see how difficult this would be to enforce in practice. During the Black Lives Matter protests in June, Priyamvada Gopal, the left-leaning Professor of English at Cambridge, notoriously intervened by tweeting: “White Lives don’t matter. As white lives.” The next day Cambridge University issued a statement defending the right of its academics to “express lawful opinions which others might find controversial and deplores in the strongest terms abuse and personal attacks.”

In an online interview a few days later, the right-leaning historian Dr David Starkey made his even more notorious (and arguably racist) comments about slavery not being genocide, “otherwise there wouldn’t be so many damn Blacks in Africa or in Britain, would there?” In his case, there was no supportive statement from Cambridge University. Instead, Fitzwilliam College, where Dr Starkey held an honorary Fellowship, immediately distanced itself from his comments. A few days later, after a hue and cry, the college accepted his resignation.

Subsequently Toby Young, founder of the Free Speech Union lobby group, wrote to the Vice Chancellor of Cambridge, Stephen Toope, asking why the university had stuck up for Professor Gopal but had not seen fit to defend Dr Starkey’s right to a lawful — though offensive — opinion. No reply has so far been forthcoming.

This episode illustrates the double standard to which the Policy Exchange report draws attention. Academic life, which ought to be open to all young people, is no longer attractive to those who are not prepared to play the game of identity politics. The social sciences and humanities could become no-go areas for approximately half the population who lean right. As conservatives desert SSH subjects, the prophecy becomes self-fulfilling. This is an ideological version of the “two cultures” divide between the arts and the sciences, first postulated by CP Snow six decades ago.

For the Tory party in particular, this is an existential challenge. The last three Conservative Prime Ministers all read humanities or social sciences at Oxford. Unless Boris Johnson plucks up the moral courage to tackle the problem, he could be the last of his kind.