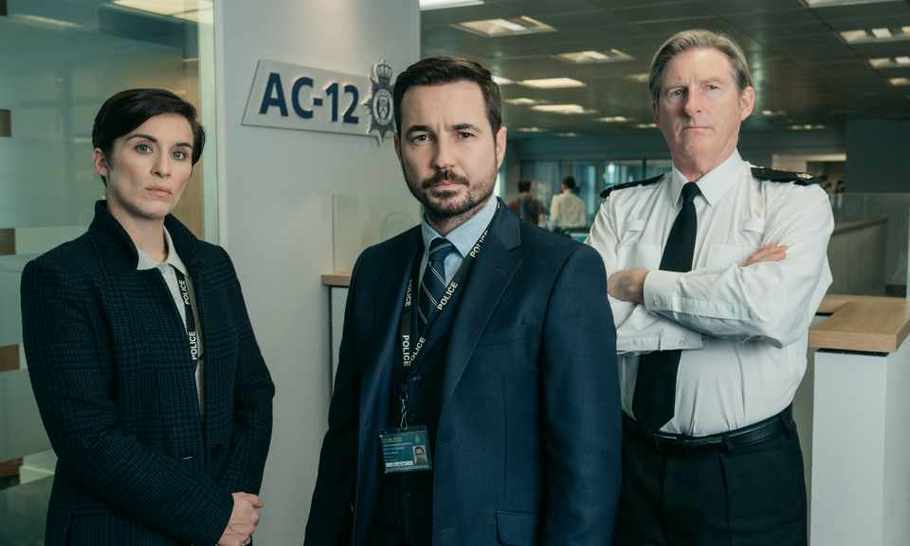 Was it the most disappointing ending ever in in TV drama history? Just as Jed Mercurio approached the try-line after six series and 37 episodes of Line of Duty he dropped the ball. Anyone passing by more than 12 million homes last night at quarter to ten would have heard the groans of disappointment and the cries of, ‘Ian Buckells???’

What was Mercurio thinking? Line of Duty was one of the most compelling police dramas ever and certainly one of the most carefully plotted, full of clever back references. Series 6 was full of references to Series 5 (John Corbett’s widow, those £50 notes, the printshop) and to the whole history of AC-12. Sometimes these references were just a name (Tommy Hunter, Vihaan Malhotra). Or an image (the photo of a golfer on the wall in Buckells’s office, Buckells taking a practice swing in his office and then the golf clubs in the back of his car, all references to “the caddie”). Or an object (the freezer where Jackie Laverty’s body ended up pops up again on a dump in Series 6). Or just a spelling mistake (“definately”).

At its best it was like a 19th-century novel. At its worst, and the ending was the worst, we were just left with the Brummy bore. How had Mercurio allowed himself to run out of options like that? It’s true that he had killed off some of the other likely contenders for “H”. Tommy Hunter, obviously. “Dot” Cottan and “Tony” Gates, Jackie Laverty and Lindsay Denton, Jimmy Lakewell and John Corbett. All dead. Killed in a prison cell, hacked up in a freezer in a council estate, or just shot dead.

The others, strangely, were just too uninteresting. All those corrupt police officers: Chief Constable Phillip Osbourne, former CS Patrick Fairbank and DCC Andrea Wise. Who did that leave? “Pass-Agg Pat”, as Craig Parkinson calls Patricia Carmichael in his brilliant BBC podcast, Obsessed with… Line of Duty? Wonderfully malign but not a criminal mastermind. DC Nigel Morton (Neil Morrissey), with his walking stick and pension? Likewise. PCC Rohan Sindwhani (Ace Bhatti)? Sinister enough but in a series dominated by white characters, would it have looked racist — especially in the current BBC — to have the chief villain as an Asian, responsible for all those brutal murders?

That leaves the other obvious suspect: Ted Hastings. Tempting. The ultimate “bent copper”: all that cash in Steph Corbett’s attic, a dark back-story in Northern Ireland — and what was really on that laptop he took to be cleaned? But Hastings was a force for good, the father-figure of AC-12, more sinned against than sinning. Or was there talk of a seventh series? Without Hastings, inconceivable.

But Buckells? He didn’t even look sinister when Jimmy Lakewell was being killed in front of his very eyes. He looked incompetent, he was incompetent, even the corrupt Jo Davidson managed to expose him as dodgy, which is why he ended up in that prison cell in the first place (something everyone conveniently forgot by the end of episode 7).

Surely someone high-up at BBC drama saw the problem coming. Everything was building up to a big reveal. It had to be a thrilling moment, what bad TV critics call “a water-cooler moment”.

There were other options. Thanks to Ace Bhatti’s superb performance in the last two series, Sindhwhani would have been a good choice, an homage to his creation of Amish Mani in Spooks or his Commander Khokar in The Shadow Line (“I’m saying we should all move on now. All together. Because frankly, what other choice do we have? It’s the Shadow Line, Gabriel. It’s where we walk.”) He could have easily been built up in the run-up to the end.

And then there’s James Nesbitt, fresh from Bloodlands on which Mercurio was Executive Producer. Nesbitt is a huge name in peak-time drama and has reinvented himself. Just look at that sinister photo of him as Marcus Thurwell. You hardly needed anything else after that. Mercurio had done a brilliant job of placing Thurwell at the heart of a network of corrupt paedophile senior policemen, communicating with Jo Davidson by computer from his hideout in Spain (“definately”). He would have been the people’s choice. Mercurio would have been allowed to splash the cash for a ten-minute cameo at the end. 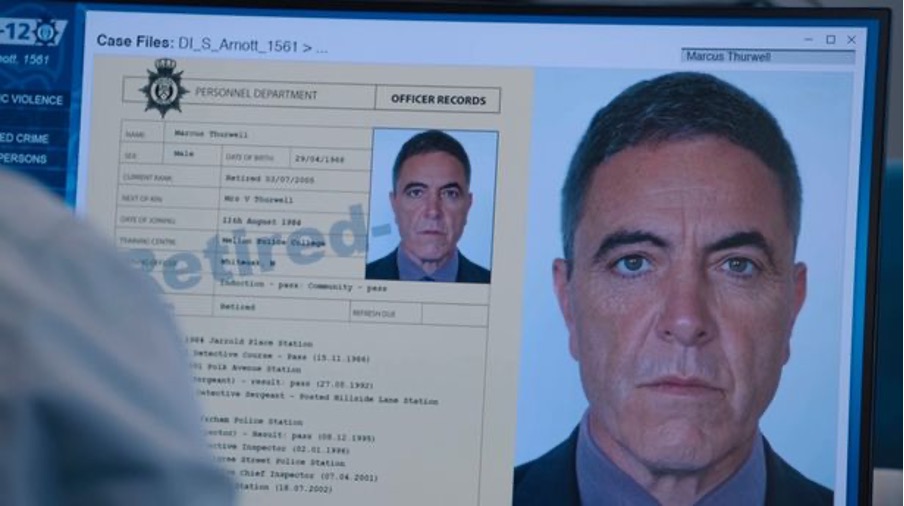 Or he could have created some other character played by a big-name star, such as Robbie Coltrane or Liam Neeson. Money would have been no object for that frisson as some big star was brought into the interrogation room at AC-12.

So, who’s to blame? Obviously, someone high up at BBC drama. What were they thinking? Didn’t they remember that “chis” moment in episode 1? Everyone kept going on about “the chis”. What’s a “chis”? The continuity announcer had to provide a lame-faced apologetic explanation at the end because no one knew. Didn’t this alert the executives on the top floor that Mercurio needed watching?

Or all those moments when the plot threatened to unravel? Was Kate seriously going to drive to a rendezvous with Jo Davidson late at night in a lorry park in the middle of nowhere? And then she trusts her with her gun in the hope that the woman who’d tried to kill her a few minutes ago would just hand the gun back with her incriminating fingerprints now on it? Didn’t they remember The Bodyguard and what a load of nonsense that was? Or the aforementioned tosh, Bloodlands (which the BBC has, of course, already recommissioned).

The BBC has more executives per square inch than any other organisation in the world. Could none of them see what was coming down the highway towards them and that this would wreck Line of Duty’s legacy for good? Can BBC drama be trusted anymore? They messed up Killing Eve, the goose that should have been laying golden eggs for them for years after that astonishing first series. They have destroyed Doctor Who, brilliant under Russell T. Davies and Stephen Moffat, creating stars out of David Tennant and Matt Smith, which had the highest TV ratings of any BBC drama until the penultimate episode of Line of Duty. Then the BBC turned it into a load of politically correct drek so that its ratings fell episode by episode. They even destroyed Sherlock, arguably the greatest BBC drama of the last thirty years, brilliantly written, acted and directed, and then it just fizzled out. American TV would have kept that running for years but the BBC could barely manage thirteen episodes over four series.

The BBC managed to turn Line of Duty, one of its greatest hits, into its greatest disappointment. That requires a certain kind of genius — the genius of someone like Ian Buckells.