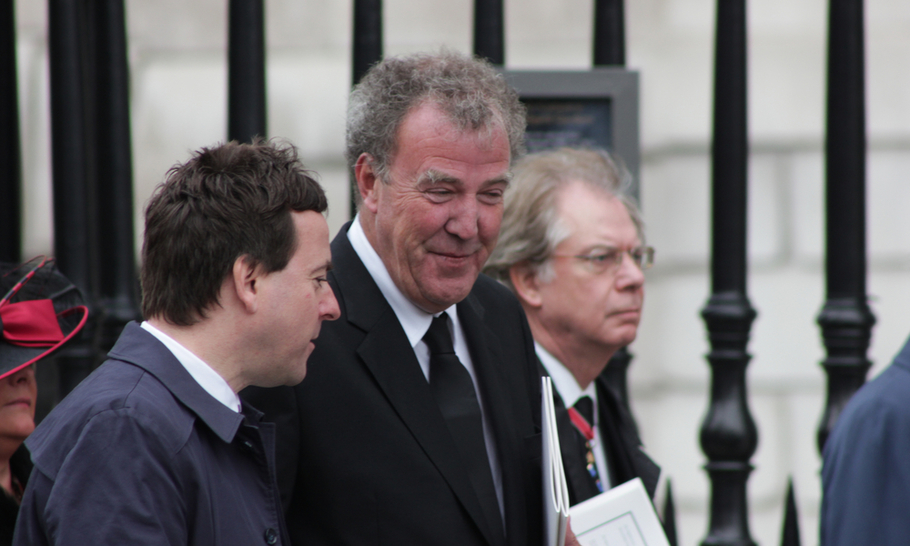 Last week, dozens of news sites bore pictures of Jeremy Clarkson and Greta Thunberg and carried headlines containing phrases like “scathing attack”, “stupid idiot” and “weird Swede with a bad temper”. Clarkson had delivered the young climate activist yet another verbal assault in a newspaper interview.

At present, he is promoting the upcoming special episode of his Amazon Prime programme, The Grand Tour. In his usual style, he has successfully plastered his face all over our screens by playing to his fanbase of Sun readers by making provocative comments about the woke trope du jour.

There is nothing unusual in this. Clarkson has been doing it for years. What is noteworthy, however, is a secondary point that was buried deep in the interviews that he gave to various outlets, including his former employer, the BBC: that he has apparently performed a full U-turn on the issue of climate change.

Clarkson has long been a prominent climate denier. In the past, the verbally reckless car fanatic has said that “eco-mentalists” are a by-product of “old trade unionists and CND lesbians”. “I have yet to be convinced that man’s paltry three per cent contribution to the planet’s bank of carbon dioxide affects the climate,” he once said. “And furthermore, I do not share the view that a rise in global temperatures is necessarily a bad thing.”

Not one to be swayed by graphs and facts like some wet liberal — sourced from “lefty scientists”, no doubt — Clarkson was only going to change his mind on an issue as momentous as this when confronted with hard physical evidence, preferably of the large and impressive variety. That is, it seems, exactly what happened when his travels sent him to Cambodia earlier this year, where he was confronted with a dried-up lake, a strangely rain-free monsoon season and a great many starving fishermen.

“There is global warming,” he now proclaims, in a marked change from his prior staunchly sceptical rhetoric. “But there’s nothing we can do,” he hastens to add. “I’m not a scientist.” The interview reads rather like he delivered those lines through gritted teeth.

Clarkson’s reluctant reckoning on this issue is reflected by the wider public. A few months ago, an Ipsos Mori poll revealed for the first time ever that over half of Britons are “deeply concerned” about climate change. At long last, entire generations are beginning to wake up to the reality of the climate emergency.

We are witnessing a remarkable and historic societal shift in real time. In these kinds of situations, we might normally expect the two sides of the debate to drift further apart. Masses of enraged youths, student protests across the world and an incredibly young de facto leader of the movement in Greta Thunberg seem to offer ripe conditions for a drastic moment of polarisation, with the old farts retreating into their trench of conservative righteousness even more determinedly than before.

Yet, somehow, this is different. Sceptics are slowly coming round to the fact that they do need to move with the times. The current moment will be remembered as the point at which the world woke up.

I have written in the past about how this new climate movement needs to get better at converting its impressive momentum into constructive discourse. It is mightily encouraging to see the emergence of youth-led groups like the British Conservation Alliance — of whose senior leadership team I am proud to be a part. Its raison d’être is to ignite the climate debate with radical and innovative ideas in order to make the leap from merely recognising the urgency of our situation to materially taking steps in the right direction.

Nuclear power. Carbon taxes. GM crops. National parks. This space is being flooded with thrilling proposals aimed at lessening the human race’s impact on the natural world and, as a result, an entire new public debate is opening up before us. The climate movement is widening, slowly but surely, from a niche but loud sect into a much more unifying cause.

We kids have led the charge and the grown-ups are beginning to cotton on. If even Jeremy Clarkson, the least humble man in the world, can muster enough self-awareness to change his mind on this issue, the rest are surely not far behind.