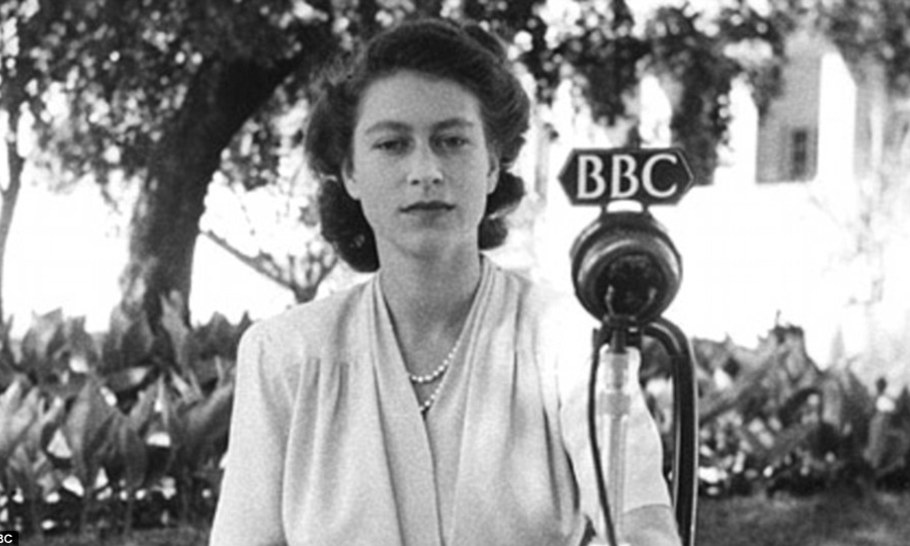 On 21st April 1947, 72 years ago this Sunday, our Queen, the then Princess Elizabeth, made a speech which was to become the cornerstone of her remarkable reign. As the daughter of a reserved father, the young princess had been kept, by and large, out of the limelight for most of her childhood. So when she took to the airwaves on her 21st birthday, it was with bated breath that the country waited. Would this pretty young woman, who would one day become Queen of England, take after her father, the humble and dutiful King George? Or Edward, his precocious and volatile older brother?

It didn’t take long to find out. Sitting in the dappled light of an understated South African garden, the poised and elegant Princess said: “I declare before you all that my whole life whether it be long or short shall be devoted to your service and the service of our great imperial family to which we all belong.” And she meant it.

Armed with the “unwavering faith, high courage and quiet heart” she spoke of on that day, she has come to embody dutiful devotion. Over a 72 year reign, she has advised 12 successive prime ministers and visited 120 countries, from closely connected members of the Commonwealth such as Canada, Australia and New Zealand, to less expected parts of the planet, such as the pre-republic incarnations of Libya and Iran.

With grace and dignity, she has weathered many a family scandal, and now presides over the most popular and diverse British monarchy in history. The Commonwealth, her pride and joy, has gone from strength to strength – and may well rise to even greater prominence in the coming years as Britain steps away from the EU.

Her youthful birthday speech, in short, was almost prophetic. But that’s not why a frisson of excitement runs through me every time I hear it quoted.

Buried deep in the bowels of a bureau in my mother’s house sits a touching letter, penned by the Queen’s Private Secretary to the author of the speech thanking him for his service to the Crown.

Why is it in my family’s possession? Because the author of those majestic, historic words was none other than my great-grandfather, one Dermot Morrah.

Dermot Morrah, by profession, was a journalist – a leader writer and royal expert on The Times. But there was more to him than that.

Born in 1896, he was an arch monarchist from Day One – almost literally. Family legend has it that one day in 1901, his nanny found him curled on the hearthrug, face pressed up against the fender, sobbing inconsolably. Alarmed, she asked what on earth had happened, whereupon the miserable four year old pointed a shaking finger towards the next room – where his father was telling his mother than Queen Victoria had died.

And his love of the monarchy never left him. As soon as he was able, he became a courtier, and was appointed Arundel Herald Extraordinary before the Coronation (which gave him the best seat in the Abbey of any journalist). He loved dressing up in the ludicrous outfits Heralds had to wear, and we have a wonderful recording of him explaining, in a rich, bemused, baritone, that stockings “can often become rather itchy”.

A real royal nut, he was known, on occasion, to baffle those around him. My grandmother (his daughter) often gleefully told friends that she’d once overheard a lift attendant at The Times saying “who is that geezer who comes in here all togged up like a playing card?”

So how did this particular journalist get the job so many Royalist eccentrics would die for?

Well, a year or two into the Second World War, the King’s courtiers felt that the monarch’s stutter was under control, and that he could now make rather more complicated speeches. A new speechwriter was needed. The King himself, a devoted Times reader, suggested “a chap on The Times”, by the name of Dermot Morrah. And so began my great-grandfather’s royal speech writing career.

In 1947, the King, the Queen and the two princesses undertook a tour of Southern Africa, and my great-grandfather was sent by the Times to report on it. The King and his heir presumptive realised, rather late in the day, that something ought to be done about her 21st birthday – and it was decided that she would make a broadcast speech to the Commonwealth. But who was to write it? That “chap on the Times” was there. So the task fell to him.

And, it seems, he rose to the challenge. In his gracious a letter of thanks, Sir Tommy Lascelles (known as a rather crusty old todger) wrote: “I have been reading drafts for many years now. But I cannot recall one that has so completely satisfied me and left me feeling that not one single should be altered. Moreover, dusty cynic that I am, it moved me greatly. It has the trumpeting ring of the other Elizabeth Tilbury’s speech, combined with the immortal simplicity of Queen Victoria’s ‘I will be good’”.

My proud family has always thought my great-grandfather’s genius in writing the speech lay in his ability to put into words what the speaker herself genuinely thought. Her declaration that her whole life would be devoted to our service sounded genuine at the time, and, 72 years on, we know that it was.

Had those words been put into the mouths of other 21 year old girls, they could easily have sounded false. But when Princess Elizabeth, the woman who was to become the longest reigning and most active monarch in the history of the world said them, they rang completely true. Happy birthday, your Majesty, and here’s to many more!

A version of this piece was published in Boisdale Life