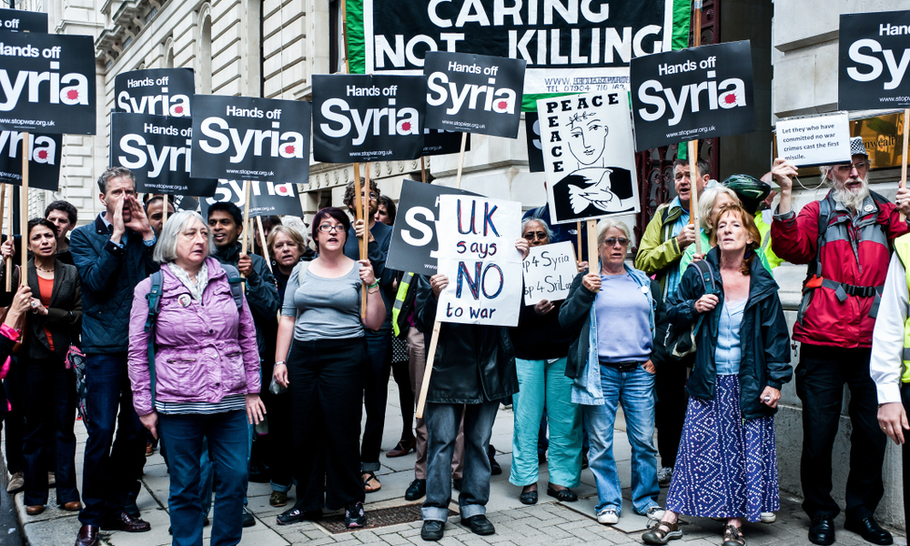 We could be approaching the “biggest humanitarian horror story of the 21st century”. That was the warning delivered on Monday by Mark Lowcock, the UN’s Under-Secretary-General for humanitarian affairs. As I write from the comfort of my south London home, this prospect fills me with dread.

Around three million people, many refugees from other parts of Syria, are trapped in and around Idlib, the last significant chunk of Syria outside the control of the Assad regime. Syrian troops are moving in, with the backing of Russian airpower. They have forced more than 900,000 people to flee since the beginning of December, according to the UN. Turkey, which already houses 3.5 million refugees, is refusing to open its border, while the resistance to the Syrian army is dominated by Hayat Tahrir al-Sham, formerly an al-Qaeda affiliate.

It’s virtually impossible to overstate the level of brutality that has consumed Syria since the anti-Assad uprising began in 2011. In truth, no one knows how many have been killed. Already by March 2018 the Syrian Observatory for Human Rights estimated a death toll of 511,000, making the Syrian civil war by some margin the deadliest conflict of the 21st century so far. By then 5.6 million Syrians had fled the country, according to the UN’s High Commission for Refugees, with another 6.6 million displaced internally. In the past two years, many more have died or become refugees. And the crisis seems about to get much worse.

While this carnage unfolded, and even as the refugee crisis of 2015-16 reignited the European far-Right, the West has largely sat on the sidelines. Our eventual intervention against the self-styled Islamic State did nothing to conceal our inaction against Assad.

Unfortunately for the Syrian people, their tragedy struck at a time when the West remained trapped in a post-Iraq stupor. The invasion of Iraq, which removed a tyrant but created bitter ethnic conflict and a highly unstable semi-democracy, destroyed Western self-belief. Much of the Left, of both the soft and hard varieties, came to see intervention in the Middle East by Western democracies as inherently harmful. Others concluded, almost certainly correctly, that it had become a vote loser. This put them in curious agreement with a current of reactionary thinking which didn’t see why “our boys and girls” should be endangered to save Arabs in Aleppo or Homs.

The actions of the centre-Left should be addressed first, as they were vastly more influential on events in Syria. In 2008 Barack Obama was elected US President, having pledged to bring the Iraq war to a close. Doubtless feeling vindicated by the outcome of the 2003 invasion, and having already been dragged into limited military action against Muammar Gaddafi in Libya, Obama’s priority in 2011-13 was preventing the US being drawn into yet another conflict.

Thus for the crucial first two-and-a-half years of the Syrian civil war, before the opposition became dominated by Islamist fanatics, the West did very little. Some aid was sent to the moderate FSA to be sure, along with plenty of moral support, but moral support has a habit of disintegrating when it comes into contact with bullets. As the West failed to offer combat assistance, some Syrians became increasingly sympathetic towards those who did — namely, the international jihadi network.

When Assad’s forces deployed sarin gas in 2013 against the Damascus suburb of Ghouta, killing hundreds, the centre-Left’s hesitation was replaced by clear moral cowardice. Obama had described the use of chemical weapons in Syria as a “red line” for the United States. Alas, it turned out to be a line drawn with vanishing spray.

When Ed Miliband orchestrated a vote against intervention in Parliament — the most important and damaging decision the then Labour leader ever took — Washington doves pushed for a similar ballot in Congress. This gave Obama the time, and political cover, to negotiate a face-saving deal with Assad’s guardian, Vladimir Putin. Theoretically, this would see Syria’s chemical weapons programme dismantled — but this didn’t happen, and I doubt anybody seriously thought it would. Assad was essentially told he could go back to butchering his compatriots, though for appearances’ sake, could he please keep chemical weapon usage to an acceptable minimum?

Shameful though the indifferent inactivity of the centre-Left has been, they are veritable saints compared to Assad’s cheerleaders on the radical Left. The Morning Star, the closest thing the Corbynite movement has to an in-house newspaper, described Assad’s recapture of Aleppo from rebels in December 2016 as a “liberation” from “terrorist forces”. That victory — achieved after bombing had destroyed much of the ancient city, and accompanied by mass executions — was more accurately termed a “window into Hell” by the Washington Post’s Louisa Loveluck.

Meanwhile, the Stop the War Coalition, an anti-Western movement masquerading as quasi-pacifists, organised protests in London against the bombing of ISIS and Syrian regime targets, while giving Russian, Iranian and Assad loyalist forces a free pass. I witnessed one of the group’s protests on Whitehall, called in April 2018 when the US, UK and France mounted a very brief anti-Assad bombing campaign in response to further chemical weapons usage. Attendees carried Syrian regime and Russian flags, alongside the expected “Don’t Bomb Syria” placards. This was pure Orwellian Newspeak: admirers of the war criminal Assad and Putin’s Russian imperialism posing as peace activists.

Separately a cottage industry of war crime deniers, including some third-rate academics, emerged in the West to reapportion blame for Assad’s atrocities. Conspiracy theories spread by this faction included the claim that the White Helmets, a Syrian rescue group which helped bombing victims, was a front for al-Qaeda and had staged fake chemical attacks, possibly with US assistance. Make the lie big enough, make it ridiculous enough, and it becomes almost impossible to fully counter. It’s as though Leftists had responded to the Nazi bombing of Guernica in 1937 by blaming the Spanish Republic.

Inaction over the Syrian slaughterhouse has been the greatest moral failing of the West so far in the 21st century. It proves that inertia, fuelled on the Left by a belief in the evil of the West, can be at least as deadly as military adventurism. Syria has become the Iraq of the anti-interventionalist Left, albeit with an even higher body-count.

Alas, Syria has failed to excite the same level of public attention. More people are being killed than in Iraq, but they’re Syrians rather than Brits or Americans, so much of the Western media and civil society is uninterested. We can only hope the peoples of the region don’t come to see our moral ambivalence as hostility.