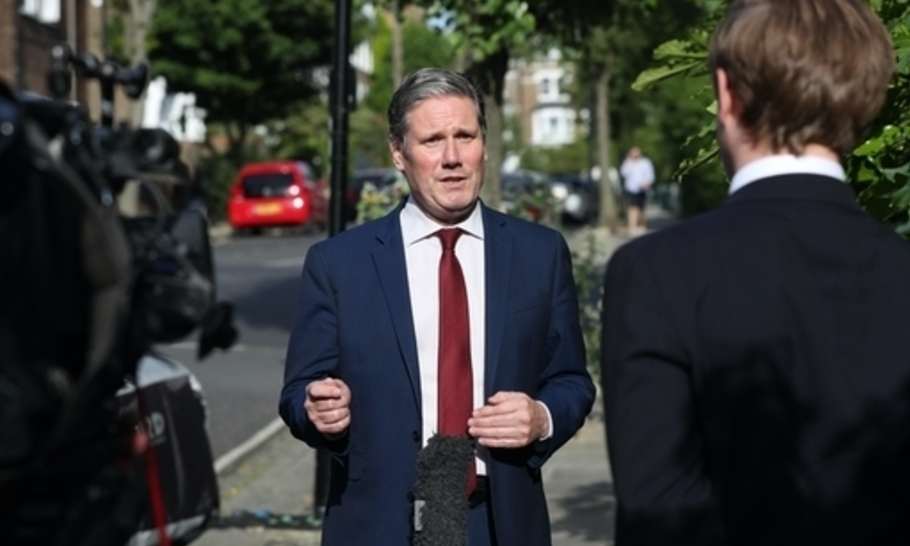 The Lawyer versus the Showman — that is how the BBC’s Political Editor Laura Kuenssberg has described the encounters between the prime minister and leader of the opposition.

Hidden in that description, whether or not Kuenssberg meant it, is the implication that one is better than the other; there are no prizes for guessing which. It’s a view most seem to share, certainly in the media. Were one to read the press pack’s endorsements of Starmer on Twitter, one might assume he was a shoo-in for Number Ten.

When one remembers who preceded him, the wondrous reception to Starmer perhaps makes a little more sense — this is a nation that has been starved of competent opposition for almost half a decade. Starmer has performed well enough to gain a slight bump in the polls, and he has ruffled enough feathers for the inevitable attacks from the right to begin.

Almost from the get-go, Tory figures were keen to emphasise his knighthood, calling him “Sir Keir” almost without fail, to undermine his working-class background and discredit him in the eyes of the former “Red Wall” voters. There was more to this strategy, too; Remain-voting QCs are a demographic that’s taken a bit of a pasting in the past few years, not least due to the antics of a very small minority on social media and elsewhere. Though not an “FBPE” loon himself, Starmer is a Remainer and, to many, guilty by association. The Tories won’t let it be forgotten.

Then last weekend came a story in the Mail on Sunday which sought to play up this wealthy elite image — the tale of the land he owned that was worth £10 million. This rather backfired when it emerged that Starmer had purchased the land (at nowhere near that price tag) for his elderly parents to graze rescued donkeys. Hardly the behaviour of a landed country squire.

The thing is, these types of attacks on Starmer aren’t really necessary in order to beat him. People already know that he is a Remainer — he has made no secret of it — and that he is a successful barrister. Moreover, in branding him “The Lawyer”, Kuenssberg clearly doesn’t feel that linking him with the profession is a negative — and beyond the more recent flirtation with europhilia by some of its more zany members, the general public don’t either. They may dislike or distrust lawyers, but not necessarily more so than they do, say, politicians.

We have a deference for professionals in this country, and the legal profession, along with the medical one, has a reputation for only possessing hideously clever people. Of course, anyone who has spent five minutes with medics or law students at university will tell you that nothing could be further from the truth — the ability to recall swathes of information someone else has discovered or created is not a substitute for brilliance. In the Lawyer tag given to him by Kuenssberg, there exists the chink in his armour by which the Tories should seek to attack Starmer — the strength that is also a glaring weakness.

Starmer may be a forensic individual — his brief forays at Prime Minister’s Questions have demonstrated as much — and he may be an expert at holding up the government’s actions and scrutinising their myriad failings. That doesn’t mean he has the ability to conceive viable alternatives. His second appearance betrayed that — in the midst of this crisis, he has kept very quiet on the issue of the pandemic, because he knows that Labour would have acted in more or less the same fashion as the Tories did. Indeed, many Labour activists openly gloated that the Tories were enacting the Corbynista manifesto from the 2019 general election when the government introduced the lockdown. Given how disastrously it has gone, that is a refrain that is now rarely mentioned — but were it to be brought up, beyond saying that Labour would have done things “faster” or “better,” there is little Starmer can add to the discussion. The Tories should really seek to press home that point.

As it happens, Starmer doesn’t have a brilliant record on policy of any kind. We all remember the hash of Labour’s position on Brexit, when the party said it would negotiate a new deal with Brussels, put it to the British people in a second referendum, and then campaign against their own deal. Perhaps that was the working of a brilliant legal mind so far above the rest of us that we simply couldn’t comprehend its genius, but the more likely answer is that it was a howler of a policy for which Starmer should take full credit.

Then there is the brilliant anecdote from any Tory you can find about how Starmer, in a meeting with the Conservatives on the UK’s Brexit position, rejected out of hand a set of conditions he was handed as unacceptable, only to be told they were his own. Who needs stories about Donkey paddocks when you have that kind of ammunition? It shows a lack of ability to think in tight situations, something that was also highlighted in his second stint at the dispatch box against Johnson, when he was far more uncomfortable when the PM threw things back at him.

Sir Keir may be a lawyer. A Remainer he may be too. But there are far more comprehensive ways of undermining him than cheap digs. The country voted for a serious change of direction in 2019, and that need for ingenuity will be needed more than ever in the aftermath of lockdown. The Tories may well lack the guile to deliver it. But Starmer doesn’t appear to have it either, and showing him up for that will be a far more effective tactic to belittle him in the eyes of the public.