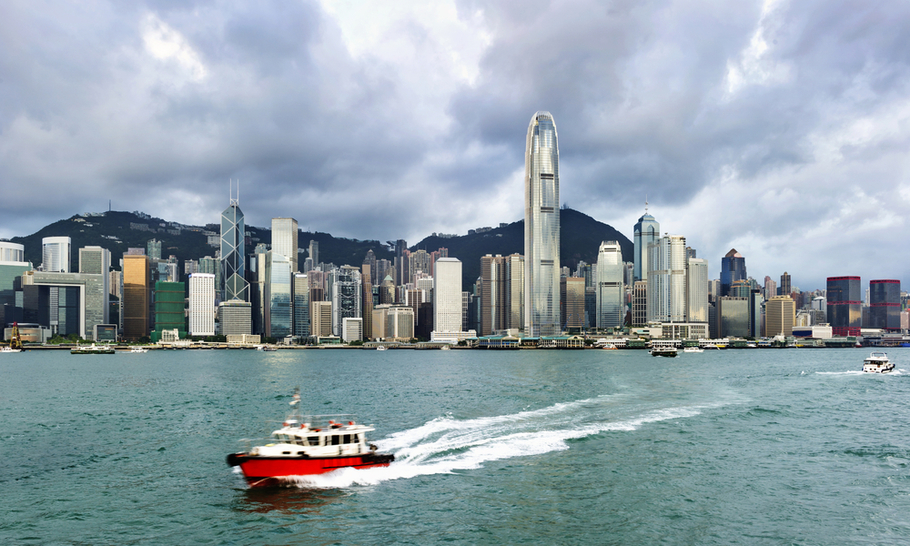 Readers flipping through the pages of the Hong Kong Economic Times on a recent Sunday found, among the usual articles on stock prices, a full page of advertisements on how to emigrate.

The ads offered information on moving to 14 countries, including Ireland, Greece, Montenegro, Portugal and Cyprus, and had been placed by specialist companies that help people to get citizenship abroad.

In the wake of the anti-government protests that have gripped Hong Kong for six months, services offering help to get out have been proliferating, along with seminars, detailed briefings and tours of the countries where citizenship is on offer. It’s a reflection of the concern many Hong Kong people feel with their government and the looming presence of Beijing.

The post-1997 Basic Law mini-constitution, agreed between London and Beijing, was meant to guarantee Hong Kong institutional continuity after the handover. But the communist government of China has made it clear that dissent is not acceptable, and that it intends to tighten control of the freedoms — including of speech, media and assembly — that Hong Kong people had, until recently, taken for granted.

“What has disappointed me most is the behaviour of the Hong Kong government,” said Mary Wong, a retired secondary school teacher. “Our civil servants are highly educated and efficient. But the crisis has shown they have no power. They are only puppets of Beijing. Deng Xiaoping said Hong Kong people would rule Hong Kong. He lied.

“This means that, in future, our freedoms will deteriorate and the mainland will encroach more and more,” she said. “This is why people have been protesting for so many months.”

The spark earlier this year was the introduction of an extradition bill that would have allowed people in Hong Kong, suspected of committing a crime in China, to be handed over to the Chinese judicial system. Hong Kong’s judicial system has been widely regarded as the guarantor of the city’s lifestyle and freedoms.

But this was just the most recent in a slow series of changes that have come to Hong Kong. Take the so-called “stuffed duck” education model that has become the norm here since 1997, characterised by cramming, a heavy load of homework and frequent exams. They prefer the more balanced and liberal curricula of Western countries.

Parents are also worried about the introduction of so-called “patriotic education” which Beijing has frequently called for — a style of education that inculcates loyalty to the Chinese Communist Party, which the Hong Kong public has fiercely resisted.

Some parents also worry that their children will end up living in a city similar to the teaming southern Chinese sprawls of Guangzhou and Shenzhen, where access to the internet is restricted, freedom of speech is limited, and the world’s most sophisticated surveillance keeps close tabs on all citizens.

No wonder people are starting to leave. Between July and October, the police issued 13,810 applications for “certificates of no criminal conviction” which are essential for immigration to most countries. This figure is up from 8,019 in the same period in 2018.

The top destinations of choice are Australia, Canada, the UK and US. But the bar for entry to these countries is rising, especially for people born in China, or with a mainland background.

Consequently, many are looking closer to home — to Malaysia, Thailand, Singapore and Taiwan, which have lower bars to entry. To get to Malaysia, for instance, people aged over 50 must deposit at least 350,000 ringits (US$84,000) and have a monthly income of more than 10,000 ringits (US$2,400), to apply for its Second Home Programme.

Taiwan, where many people fear Beijing will make good on its long-held threats to invade the island and re-unite it with China, Hong Kong people have four routes to immigration, one of which involves investment, in any sector, of NT$6 million (US$182,000).

The range of countries opening their doors is remarkable. For instance, the European Union, Bulgaria, Cyprus and Malta have schemes offering investors citizenship without any obligation of residence or genuine connections.

An additional 17 EU countries offer investor residence schemes which give successful applicants residential rights and free travel in the Schengen region (which excludes the UK).

In Portugal, for instance, a “Golden Visa” offers residency after three months with purchase of property worth at least €500,000. Five Caribbean countries offer citizenship through investment programmes: Antigua & Barbuda, Dominica, Grenada, St Kitts & Nevis and St Lucia. Their passports offer visa-free travel to dozens of countries, including the EU’s Schengen area and the UK.

But the majority of Hong Kong people do not want to leave. They like Hong Kong’s sophistication and dynamism, its feisty media, job opportunities, safety, excellent transport system and services, as well as the cuisine and their networks of family and friends.

The city has known many crises: the Cultural Revolution of 1966-76; the Joint Declaration of 1984; the military crackdown in Beijing on June 4, 1989; and the handover from British colonialism in 1997. Each provoked a flood of emigration but thousands of those who left came back, with a new passport in their pocket. They discovered that, for all its advantages, their new country could not replace Hong Kong.