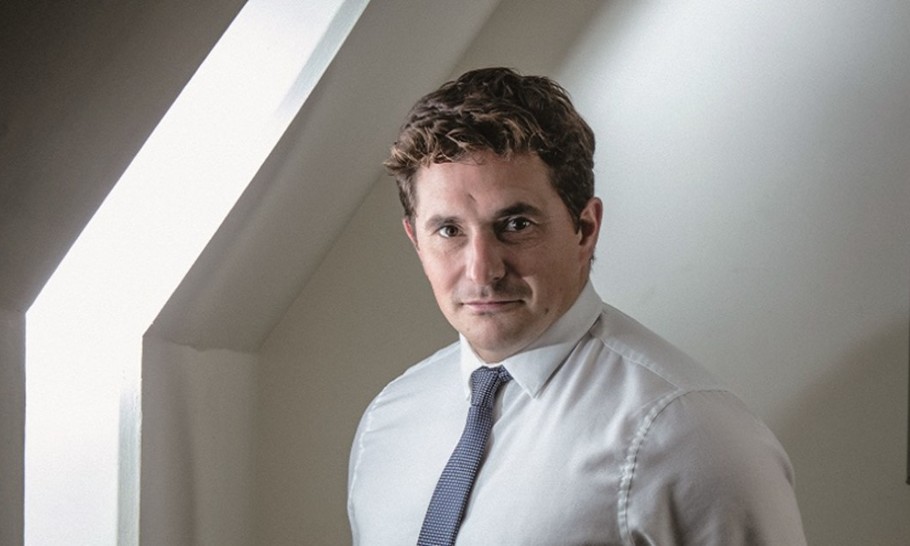 Credit where it’s due: Though James Brokenshire may be a man to vanish into the ether at the first staccato chatter of criticism, Johnny Mercer doesn’t back away from gunfire. But that’s not to say hoisting oneself out of the trench and marching slowly towards enemy lines is sensible; sometimes, it is better to know when to retreat.

Mr Mercer replied to his critics for his role in the sacking of Sir Roger Scruton with a piece on the Spectator’s Coffee House blog yesterday. It is not an apology — and that’s fine — but the double-down within demonstrates a staggering lack of awareness. For someone who clearly has leadership aspirations, the air raid sirens should be sounding.

Having called for the sacking of Sir Roger, he now admits making that call on the back of spurious work by the New Statesman’s George Eaton. But he doesn’t address his online statements, where he justified the sacking because of previous comments made by the philosopher. No matter, then, that Eaton lied; for Mercer, the ends justify the means — even if the comments on homosexuality, too, were taken wildly out of context.

This isn’t a great look for someone who wants to be prime minister, or even just a public servant. But it isn’t the most contentious point. Mercer suggests that those he mockingly refers to as ‘high priests of intellectualism,’ citing Toby Young and other ‘curious individuals’ are engaged in a campaign to get him to change his views. This is a lie. It is not his views Mercer’s detractors wish him to change, but his view of others’ right to hold theirs.

He has fought, he says, for free speech and intellectualism on the battlefield. We salute him for it, but he is not a soldier anymore. He is an elected representative, and the job is different. Now, whether he agrees or not, if he truly believes in free speech and expression, he has a duty to uphold the rights of all people to theirs — not just those he agrees with.

But by calling for Scruton’s sacking, and justifying it for previous statements, he has demonstrated he doesn’t believe in that. For conservatives constantly under attack for their beliefs, this is a serious issue that he cannot just disregard with platitudes and anecdotes. No one says he has to agree with Scruton, but he has to agree to his right to express his views, and that this cannot preclude active participation in society. Otherwise, the blood and toil expended in combat has been shed in vain.

Mercer then takes aim at intellectual ‘purists’ for dividing the country. This is rot. The country is divided precisely because the views of voters, which, though he may not believe it, are often closely aligned with those of intellectuals (who are, after all, members of the public), have been ignored by politicians, just as he is doing on this occasion. Politics is in the gutter precisely because the political class consider themselves more enlightened than the average man whilst more realist than the intellectual; a purist view of himself Mercer clearly indulges in when positing himself morally above Scruton, but then goes on to chastise the likes of Young and Douglas Murray for having.

Intellectual purity over the issues of Brexit or socialism, say, may never have become so prominent had politicians not ignored bits of the political spectrum they wrote of as batty in the first place.

His berating of a critical local Conservative association that criticized him and others for not doing their jobs, reminding them that these were the politicians they kept electing, is particularly revealing. Politicians standing under banners people flock to, and then not representing what the banners ostensibly stood for, is what has led us to unrest. It is not the public’s fault that the party system locks out people it doesn’t think are the right sort. It’s why we had a referendum, to change the system by which we are governed — we knew the parties would never do it themselves. He should take a look at the staggering numbers the Brexit Party is polling at despite existing for barely a week. Yes, people may have kept voting for the same old politicians. That might not last much longer.

He concludes that he thinks others now need to ‘move on.’ It would be convenient if we did. But no. This issue goes beyond Sir Roger Scruton. Mercer says he believes the Tory party is not best served by people like him, and that what it needs is to come together and win elections to ‘heal the nation.’ But, if Tories don’t defend the rights of conservatives not to be hounded from jobs for holding their views, and, indeed, actively partake in it, why would any of us want it to win an election? Is it really healing if, rather than learn the lessons of the past, politicians go back to simply ignoring or demonising people for political expediency? That’s not a party I want to help heal. That’s a party I can do without.