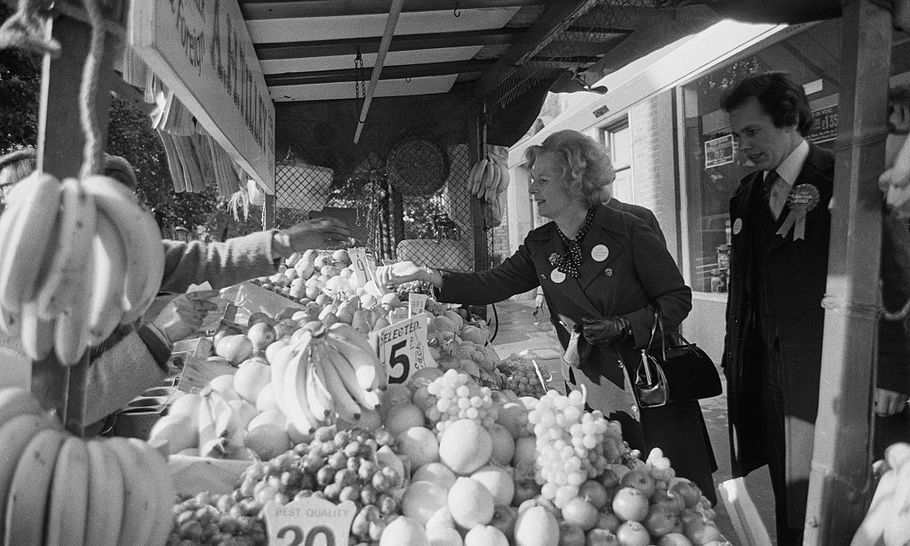 Margaret Thatcher would be turning in her grave. Today, large parts of what was her north London constituency and its environs have become a dump – literally.

For years, ”Finchley” has been synonymous with “Leafy”, an environmental jewel glistening in a grey landscape of urban shabbiness. Now bins often overflow with rubbish, roads, gulleys, footpaths, parks and hedgerows are pockmarked with plastic bags, bottles, cans, fast food detritus, paper, cardboard – you name it. Pavements are speckled with grey splats of chewing gum, the second most commonly dropped litter after cigarette butts.

Sections of the famous towpath by Dollis Brook that once offered a brief fantasy escape to pristine countryside are now blighted by litter that’s been there so long, it’s embedded into the undergrowth.

Sure, Finchley is still green – green with the weeds that sprout from paving stones, kerb stones, and traffic islands, an embryonic urban jungle that’s been abandoned since last summer. Or maybe even the summer before last. June 2017 is the last date that I can find on the internet for the local authority’s most recent “Weed spraying programme”.

That local authority is the largest in London, Conservative controlled Barnet. Calls to Barnet’s “Street Based Services” to establish exactly how long ago the last weed spraying event was, divert to a “Customer Care Unit”. After ten minutes of multiple options and barrel-scraping muzak, a human from the outsourcing giant Capita answers: “I’m sorry. We don’t have that kind of information.”

Well, I’m sorry too because unless weed spraying resumes before this summer, some of Finchley’s roads and pavements will bloom into weed-strewn monuments to a bygone, house-proud era.

Finchley Central tube station is the gateway to the heart of Finchley. Exit its main entrance, cross over the main road into Nether Street, and for months you straight away hit an eyesore, a 50 yard wall of garbage abutting a wire fence. It’s only just been cleared. Peer over the fence into the grassy dip, and there’s a mulching graveyard of rotting detritus.

Travel on down Nether Street, and even though it narrows, Barnet Council has marked off both sides with resident parking places so that every inch is now jammed packed with metal, one tyre on the pavement, the other on the road. Carmaggedon has come to many of Finchley’s tree line streets disfiguring their attractive symmetry. Why does Barnet feed the car crocodile? Someone at its Hendon Town Hall HQ must by now have grasped that car usage in the capital is unsustainable. London is Europe’s second most gridlocked city after Moscow, according to a major 2018 study.

Leave by Finchley Central’s other exit past the cycle shed, and almost nightly it’s dominated by dope smoking, beer swigging Saddos who’ve littered the shed with cans and fag butts. Several lights from my bike are “missing – presumed nicked” after I’ve carelessly left them attached to my bike in my haste to catch a train.

I’ve lived in Finchley for over sixteen years and have witnessed the slow but unmistakable visual decline of its public realm. Yes, Barnet talks a good talk: “Our streets will be safe and clean day and night to support the prosperity of the borough.” But this too is rubbish. Like so many other public institutions these days, Barnet is on auto-guff.

The truth is Barnet’s street cleaning budget has been paired back, time and time again even though the government has relaxed the cap on raising council tax. True, Barnet has a funding gap to fill but saving on the physical environment is a false economy. The link between an uncared-for physical environment, crime and anti-social behaviour is well established and both are rising in Barnet. Surely more of a community “feel-good” factor is worth a few extra quid on council tax, anyway?

Barnet also boasts about its “ongoing commitment to listening to and acting on the views of the public.” Really?

My polite letter to Barnet’s panjandrums asking what is to be done, gets not even a “thank you for your letter” – not from Council Leader Richard Cornelius, nor from the £181,000 pa Chief Executive John Hooton, nor his £144,000 pa Strategic Director of the Environment Jamie Blake, nor my local MP (and former BBC colleague) Matthew Offord, nor from my local Conservative councillor the moustachioed Councillor John Hart. The only politician who does reply is Labour’s Andrew Dismore, my former MP and now London Assembly member for Barbet and Camden, a more assiduous and constituency devoted political representative you couldn’t hope to meet. To the dismay of many, however, the Corbyn-despairing Dismore is about to give up front line politics.

What to do? Environmental awareness campaigns can help and Barnet youngsters have started a commendable do-it-yourself campaign called “Don’t be mean, keep Barnet clean.” It’s “important to love where you live” they say. Clearly not enough of Barnet’s fast rising population do love their new home, up by 80,000 in just two decades and projected to rise another 30,000 by 2035.

New laws, notices and circulars don’t seem to make much difference and Barnet’s fixed penalty fines of £80 for dropping litter are risible and anyway barely enforceable. But zero tolerance does work. Just look at how successful the 24-hour army of yellow vested cleansing staff at Westminster City Council have kept its vastly more densely populated streets clean. Zero tolerance encourages small individual actions because they become infectious and residents become more conscious and caring about how their immediate world looks beyond their front doors. But ultimately only Barnet Council has the means to trigger that infection to prevent its slide into the same shabby state as so much of London.