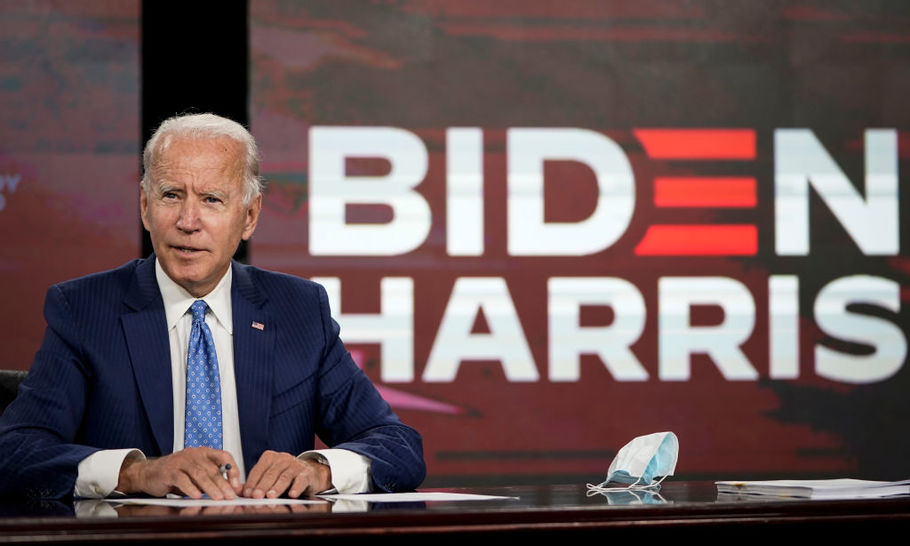 Here is some good news for those who fear a messy, long-drawn out battle after next Tuesday to determine who will be America’s president. Unless the contest proves a great deal closer than the polls now indicate, we shall know by the end of election night who has won.

That ought to be an obvious, non-controversial point to make. But there have been plenty of lurid accounts of how Donald Trump might declare victory on the basis of on-the-day voting, and leave Joe Biden struggling to play catch-up as mail-in votes are counted in the days afterwards. My point is not that Trump won’t try to pull a fast one — he might very well do so — but that the television networks will have plenty of evidence to shut him up.

Let’s set out the problem, before discussing the solution. A minority of states do not open, let alone count, mail-in votes until election day. There will be so many of these votes that most of them may not be counted until the days following the election. Polls, and early data from states that know the party affiliation of the mail-in voters, tell us that they include many more Democrats than Republicans. Republicans, far more than Democrats, prefer to vote on the day.

What is more, three of the states that leave the opening of mail-in votes until election day just happen to be Pennsylvania, Michigan and Wisconsin: the three traditionally Democrat states that Trump won narrowly last time to give him the presidency. They will almost certainly report Trump leading Biden in on-the-day votes counted next Tuesday night.

Why, then, should Biden and the rest of us be relaxed about this prospect? To answer this question, we need to delve into the way America’s TV networks analyse the results. In the early hours of counting, they have two sources of information: state-by-state exit poll data and the figures from quick-counting local precincts. Unlike Britain, where the exit poll predictions are broadcast the minute voting ends, the US networks do not report exit poll voting data at all. (They do give viewers a lot of secondary data on issues and personalities, but not predicted votes.) Instead, they wait until they have data from enough precincts in any given battleground state to know whether their exit poll figures need adjusting. When, and only when, the broadcasters are sure of the outcome from this combination of precinct and exit poll data do they “call” that state’s winner.

As the name implies, exit polls are surveys conducted at a large number of polling stations around the country. They ask people who have just voted to complete a questionnaire which includes a variety of questions including, of course, how they have just voted. However, that is not all they do. Increasingly, exit polls in recent times have conducted large-scale telephone surveys immediately before election day to estimate the votes of people who have voted by mail or early in person. These included more than a third of all voters in 2016, and look certain to be in the majority this year.

What is more, according to one exit poll insider, these surveys of early and mail-in voters have been more accurate in recent elections than the figures gathered from voters on the day.

How will that affect the way the story unfolds next Tuesday night? Here’s how. Consider a possible scenario for one of the key states. Suppose that Biden wins Michigan, one of the states that narrowly backed Trump four years ago. Latest polls suggest that Biden could win around 2.7 million votes overall, against 2.3 million for Trump. But if that is the outcome, Biden could lead by (say) 700,000 in mail-in and early voters, while Trump leads by 300,000 in on-the-day votes.

On the night, the precinct tallies scrolling across the foot of our TV screens will, indeed, show Trump in the lead. But the backroom analysts crunching the numbers for the networks will know that his lead is too small to defeat Biden. Whether they will just warn viewers of the weakness of the precinct tallies, or formally “call” Michigan for Biden at this stage, or warn for a while before declaring Biden the winner, remains to be seen. Different networks may treat the situation differently. But the idea that Trump can get away with declaring victory unchallenged is nonsense.

That is not all. Some battleground states, such as Florida, Arizona, Ohio and North Carolina, do open mail-in votes early. Their results should not be delayed. If Biden does well in these states — especially if he wins Florida — then Biden will be on his way to the White House, however coy the networks are about calling Pennsylvania, Michigan and Wisconsin. Just as in the UK we knew last December that the Conservatives had won outright long before they chalked up their 326th constituency, we shall in practice know by the middle of the night in the UK, and late evening in the US, whether or not Biden has secured the victory the polls currently suggest.

Of course, if the polls are badly wrong — and unless something completely unexpected happens in the next few days, they would have to be far more wrong than they were in 2016 — then who knows how long it will take to find out who has won.

Two final points. Theoretically, Biden needs 270 electoral college votes to win the election. A safer winning post is 290. That is what he would have if he wins Pennsylvania, Michigan and Wisconsin, and also Arizona (and, for connoisseurs of minutiae, Nebraska’s 2nd congressional district). It means that Trump would need to overturn the results in two of the four states, not just one.

In 2000, the result depended on a single state, Florida, where Al Gore and George W Bush were just a few hundred votes apart. If Trump needs to overturn the result in two states, that not only doubles his legal task; he also needs a gap of no more than a few hundred, maybe low thousands, in both states if he is to have a plausible case for changing the outcome. Statistically, the chances are incredibly remote that two states, with more than 2.5 million voters each, will both end up so close.

Second, the very scale of early voting is bad news for Trump. Let’s suppose: a) the total vote this year will be 150 million; b) Biden needs a four million lead in the national vote to win a majority in the electoral college (Hillary Clinton’s 2.9 million lead in the popular vote last time was not quite enough); c) the polls overstate Biden’s national lead by the same amount that they overstated Clinton’s.

During the period of early voting, polls on average have shown Biden 10 per cent, or 15 million votes, ahead of Trump. Adjusting for last time’s polling error, suppose Biden’s true lead has been eight points, or 12 million (among all voters, not just those who have already voted).

Trump has to reduce that gap to no more than four million, and very possibly three million, if he is to stay president. His problem is that he can’t change the decisions of those who have already voted. The pool of available votes is shrinking every day. Trump must persuade at least four million of Biden’s supporters who have yet to vote to change sides. At the time of writing, no more than 80 million votes have yet to be cast, possibly just 35 million of them by voters currently pro-Biden. Unless the polls are massively wrong, Trump has a huge deficit to make up in the last few days.