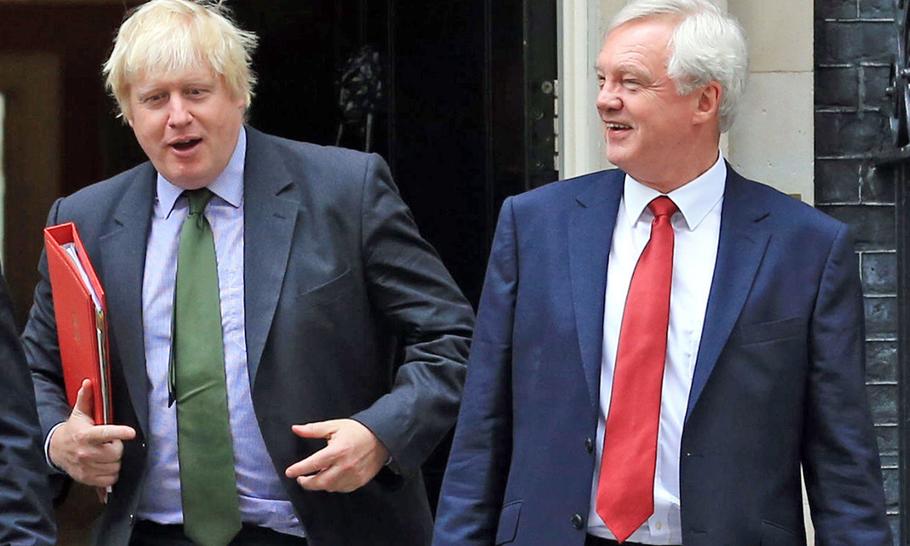 To say that the atmosphere in the House of Commons was electric at Prime Minister’s Questions would be an understatement. The news, released only just before noon, that one of the newly-elected Northern Tory MPs had crossed the floor, added to the excitement. Would this PMQs be Boris Johnson’s last?

Sir Keir Starmer was grinning ear to ear. He had a barrage of carefully prepared questions at his disposal, laced with jokes (not bad ones), and of course he was pleased as punch by the defection. The Leader of the Opposition looked like a man who thinks he has won. His opponent was on the ropes. In politics it doesn’t get better than this.

Except it didn’t turn out like that. Boris Johnson had shaken off the defeatist mood that seemed to have overcome him on Tuesday, when he was interviewed by Beth Rigby and feebly protested that no-one in Downing Street had told him that the rules — his rules — were being broken. Now he was back to his ebullient best, vigorously defending his record and refusing to get bogged down in the detail of events in Downing Street in May 2020.

Sir Keir looked somewhat disappointed. None of his attack lines had penetrated the armadillo hide of the PM. The unstoppable force had encountered an immovable object. More significantly, the Government benches were roaring their support more loudly with each answer. Gone was the funereal silence that had greeted last week’s apology. It was business as usual. The loss of one of the Tories youngest and most promising new Members seemed to have reunited the parliamentary party, if only temporarily.

Bowing to the inevitable, the Labour leader changed tack and devoted his final question to the cost of living. Boris Johnson pounced on this, seizing the opportunity to reaffirm his pride in the post-pandemic national revival. He evidently hopes to recover too on the back of this economic bounce.

After Sir Keir had sat down, the session seemed to be fizzling out. Ian Blackford went through the motions of calling on the PM to resign, but his pomposity always gets in the way; the SNP leader in Westminster came across merely as an echo of his Labour counterpart, only without the wit.

The Prime Minister must have thought he had got away with it. Just as he was beginning to enjoy himself, however, a familiar figure got to his feet. David Davis may be an elder statesman, but the former infantryman in the Territorials still packs a punch. He has been an MP since 1987, when Boris Johnson was still an Oxford undergraduate; he came within an ace of leading the Tory party in 2005; he is a former Cabinet minister, who led the Brexit negotiations under Theresa May.

Most importantly, Davis is known as a man of principle: in 2008, while Shadow Home Secretary, he sensationally resigned his seat and successfully fought a by-election to highlight what he saw as Labour’s threat to civil liberties. Davis is a powerful ally, but not an adversary to take lightly. He is no historian, but he has a sense of history.

Sure enough, his intervention proved to be more of a bombshell than anything launched by Labour. Boris Johnson is the eighth Tory leader under whom Davis has served. After acknowledging this one’s achievements, the former party chairman and Brexit Secretary for came to the point. “I expect my leaders to take responsibility for the actions they take. Yesterday he did the opposite. I will remind him of a quotation from Leo Amery to Neville Chamberlain in 1940: ‘You have sat there too long for the good you are doing… In the name of God, go.’”

David Davis could not have evoked a more dramatic moment in history, nor one more damaging for Boris Johnson. Amery’s parting shot in the great Norway debate in May 1940 sealed the fate of Chamberlain and enabled Winston Churchill to become Prime Minister. For Johnson, who has made Churchill his role model, to be compared to Chamberlain is not merely an insult but his worst nightmare. Of course, when he used those words, Amery was himself quoting Oliver Cromwell, dissolving the Rump Parliament. Hence the historical and rhetorical force of the allusion — a force that had utterly eluded the former Director of Public Prosecutions, now Leader of the Opposition.

Boris Johnson looked as if he had been hit by an Exocet missile. He was visibly shocked but also furious. Stammering a reply, he purported not to be familiar with the quotation. “I don’t know what he’s talking about… I don’t know what quotation he’s alluding to.” As a biographer of Churchill, however, he must know the allusion all too well. It’s true that the fatal words do not appear in The Churchill Factor, but they are among the most celebrated in parliamentary history. Davis meant his blow to strike home. It did.

Where does this leave Boris Johnson? He won by a landslide in 2019 partly because many people feared a Corbyn-led Labour government. Christian Wakefield took Bury South, by his own admission, because its Jewish population, one of the largest in any constituency, voted Conservative en masse. Starmer has gone a long way to defuse the issue of anti-Semitism and he has sanitised his party in other ways too. A Starmer-led Labour Government would no longer terrify the many who had never voted for a Tory before but took a risk with Boris.

On the other hand, there is no obvious alternative leader available. A Tory leadership contest now would not merely be divisive but catastrophic. Boris Johnson is going nowhere. It is clear that he will fight hard to keep the job for which he believes he was born and would be no less formidable out of office. The party took decades to heal after the fall of Mrs Thatcher and the legacy of a coup against its most successful leader since her time could be almost as bitter. Until recently the Labour Party was more fissiparous than the Tories. Not any more. How could Rishi Sunak, Liz Truss or whoever took over hope to reconcile those who feel that they owe their seats to Boris with those who now hope to bring him down?

Yet a leadership contest now looks more likely than not. Some of the contenders may have calculated that this could be their best or even only chance of occupying No. 10. And now they have their prophet crying in the wilderness. David Davis cannot be dismissed as inexperienced or naive. He is the embodiment of the libertarian tendency within the party, the faction that has dominated the Right ever since the Thatcher era, of which he is a prominent survivor.

If Boris cannot count on David, who can he count on? Has David, in fact, already done for Boris? Were the PM able to hang on for a few more weeks, the improving economy and voters’ fatigue with the politics of pandemic might save him. Keir Starmer’s inability to deliver the coup de grace might have given him hope that he could yet enable him to pull off a second election victory. This prospect, however, is receding fast. Boris has always been a lucky politician. Now his luck may finally have run out.