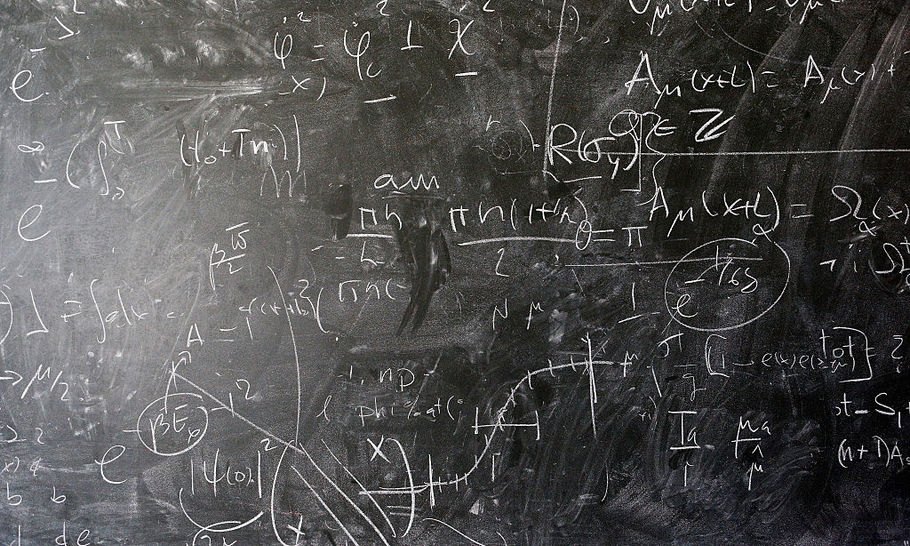 During my thirteen years at Dulwich College and Trinity College Cambridge (1959-1972) I observed a curious phenomenon. According to the eminent British scientist and novelist C. P. Snow, in his Rede lecture of 1959, a major problem had gradually arisen in the intellectual life of western society. Snow described it as a split into “two cultures” with science on the one hand and the humanities on the other. He lamented this development as being a major handicap to solving the world’s most pressing problems.

As a pupil at Dulwich, I sympathised with his argument. Already struggling with maths, I never did manage to work out what logarithmic tables were and why they were useful. Accordingly, I arrived at my first physics lesson, armed with a certain degree of scepticism. Once the class was seated, a gushingly enthusiastic physics master proceeded to explain why the human eye and the camera worked in the same way. His enthusiasm failed to make the leap between his mind and mine. Descartes may have said that the human body is a machine, but I instinctively rebelled against this proposition, reasoning as follows: that consciousness (definitely), intelligence (sometimes) and quite possibly even a soul, animated human vision, while a camera functioned purely mechanically, and then only according to its operator’s instructions.

Sensing that I was never going to excel at physics, I decided to devote any time that might have gone to physics, to studying and playing chess.

Whereas my preferred field of academic endeavour focused on Latin, French, German and English literature, most of my contemporary young chess hopefuls were mathematicians. Indeed, the head of the mathematics department at Dulwich College personally tried to persuade me to specialise in maths. Little did he know. He had only looked at my chess results and drawn what he thought was the appropriate conclusion. Had he examined my maths papers he might have spared himself the effort.

Allegedly the Napoleonic era Prussian military theoretician Carl Philipp Gottfried von Clausewitz once remarked that cash is to the economy, as war is to international politics and diplomacy, in other words, crunch time.

Adopting the politics to war analogy, whether apocryphal or not, exams are an unfortunate fact of life. They are balanced on the opposite side of the equation attributed to Clausewitz by how much attention you were paying in class. In my case, none, so I was fully prepared to score zero in O Level Physics, the Cretaceous Period equivalent of modern GCSE’s. Come the exam, I sat down at my desk, wrote my name at the top of the paper, waited for the obligatory thirty minutes to expire and then walked out, the exam page unblemished by even the most microscopic intervention from my part.

But then came the physics practical where, to my horror, I discovered that the rules had been changed. No one was permitted to leave before the full three hours had elapsed. Which Torquemada of the O Level inquisitory board, I asked myself, had devised that particular torture?

There was nothing for it, but to try to answer the question, and here there dawned a faint glimmer of hope. The invigilator handed out Vernier Calipers to measure the distance which formed the substance of the question. If there was one thing I accidentally remembered from the generally abortive physics lessons I had been forced to attend over the previous three years, it was that Vernier Calipers measured microdistances.

So, I set to work and sought to fill the three tedious hours by actually answering the question. After two hours and fifty-nine minutes had elapsed, I came up with the answer of 120 meters. This seemed instinctively to be wrong. Summoning my chess skills, which regularly required thinking quickly in a crisis, and when short of time, I hastily inserted a decimal point, shifting it as far to the left of 120 meters as seemed consistent with a micro distance. I then submitted my answer.

Needless to say, it was not correct. Combined with contributing a blank sheet of paper (apart from my name at the top, of course) for the theory exam, my expectations of a high grade after the catastrophic viva were, to put it mildly, on the low side of zero. Imagine, however, my indignation when the overall result came out as “ungraded”! This struck me as monstrously unfair. According to The Inquisition’s own rules, grade one was top (budding physics genius) while grade nine was bottom (confirmed physics sub moron). There was no “ungraded.” That level of disaster simply did not exist at the time.

Less determined spirits might have given up at this point, but fired by an unquenchable hunger and thirst for academic justice, I submitted a formal complaint to Torquemada’s office and demanded the just desserts of my well earned grade nine. To my astonishment, a few weeks later, Inquisition HQ came back to me with an apology, a correction and confirmation of my grade nine. Justice had triumphed.

Several years later, a doubtless vitally important government reform of education, reversed the polarity of O Level grades. Grade one had now been recalibrated as bottom, while grade nine had been redefined  as the new top, pinnacle and Everest of Physics excellence.

Sir Isaac Newton once famously said, when asked who were his sources of scientific inspiration: “Amicus Platonis”, “Amicus Aristotelis” and “Amicus Veritas”. Armed with my splendidly revised, shiny grade nine I felt, with Newton, that I could now claim Amicus Einstein, Amicus Heisenberg and in particular Amicus Blind Chance, as my new best friends.

From the above it should be clear that I was definitely on the humanities side of the Niveous Equation, but what impressed me, as I progressed through the groves of Academe, was that, on the whole (with one or two exceptions) mathematicians tended to be far more receptive to the arts, than vice versa. This was the curious phenomenon mentioned in my opening paragraph.

Take, for example, my old friend Nick Patterson. As a junior chess player I had become used to all opposition crumbling before me. Even if I did not necessarily win a tournament, I experienced no sensation of having encountered a superior chess intellect, talent or understanding. That changed when I faced Nick in the penultimate round of the 1962/63 London Under-16 Chess Championship. I had been on course to win the title, but Nick demolished me in our game and I had to be content with a share of second place.

Nick was a brilliant mathematician but also a polymath who went on to become a code-breaker at GCHQ, Irish chess champion, alternating top / second board for Ireland in the 1970 chess Olympiad at Siegen in Germany, a financial data analyst in New York and now a key member of the David Reich Institute at Harvard, analysing DNA to detect the origins of humanity. Nick has come up with the theory that humans diverged genetically from chimpanzees but then briefly (in geological time) merged again, before we branched out decisively on our own. From my own experience, I can well believe it. The theory of a regression is eminently plausible. Nick’s DNA work also has potential in identifying and tracking historic and pre-historic  patterns and outbreaks of disease.

The New York Times interviewed Nick, on December 12, 2006, and, apropos the two cultures divide, wrote: “Dr. Patterson belongs to a new breed of biologist. The shelves of his office in Cambridge Mass. carry arcane maths titles, yet he can converse just as deeply about Buddhism or Thucydides, whose writings he has studied in Ancient Greek.”

Will The New York Times one day reach the astonishing conclusion that I am an expert in Bayesian statistics or Conway’s Group Theory, or even acknowledge the fact that I am an undoubted physics genius with a stratospheric grade nine at O Level? Somehow I doubt it.

In the C. P. Snow Lecture at Christ’s College Cambridge on October 14, 2009 (reported in Issue 235 of The Christ’s College Magazine, the following year) Professor Lisa Jardine explained the chief ongoing danger connected with C. P. Snow’s identification of the Two Cultures Syndrome. The problem stems from the fact that politicians responsible for national and international policy tend to have little or no scientific training. Prime Minister Margaret Thatcher was a rare exception, having been a research chemist at Somerville College, Oxford, while Angela Merkel actually studied Physics at Karl Marx University of Leipzig.

As a rule, however, in matters requiring scientific knowledge, Presidents and Prime Ministers have little scientific background. For example, Jair Bolsonaro studied at The Brazilian Military Academy, Donald Trump (Economics at Wharton School of the University of Pennsylvania), Pedro Sanchez (Economics at Complutense University Madrid), David Cameron (PPE, Oxford), Theresa May (Geography, Oxford), Vladimir Putin (Law, Leningrad State University) and, of course, Boris Johnson (Classics and Ancient History, Oxford). Such world leaders  must perforce surround themselves with scientific gurus, whose expertise they cannot verify from personal experience.  This theme is congruent with the case put forward by Philip Ball in these pages.

The relevance to the Coronavirus situation and the widespread debate over the scientific advice given to governments around the world is manifest. Perhaps from now on, we should require all world leaders to hold a degree in epidemiology before being elected to office. More realistically, unlike my younger self, aspiring world leaders should follow Leonardo da Vinci’s exhortation: to see the science in art / the art in science, and aim to acquire some basic training in scientific method.

As Nick Patterson wrote to me, at least I should know the logarithm of 1. Answers on a postcard please….

This week’s chess game is Nick Patterson’s win against me, which halted my progress in the London Junior Chess Championship. My idea of sacrificing rook for knight was strategically sound, but tactically defective, and should have been prefaced on move 19 by taking White’s pawn on h4 with my queen, giving check.