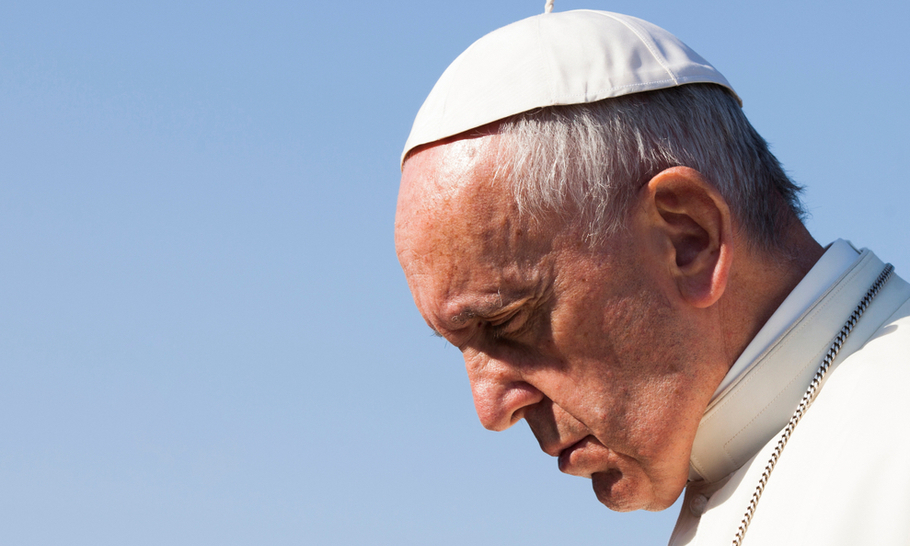 “Either we are brothers and sisters or we will destroy each other,” said Pope Francis just a year ago. Next week the Pope will visit Iraq, where the stark logic of his warning is tragically visible.

Popes began making visits outside Italy only in the 1960s. Such journeys are meticulously planned and tightly organised. But this journey must rate as the most dangerous so far. Last month in Baghdad, where the visit begins, two Da’esh suicide bombers attacked a market, killing 32 and injuring scores of others. The military base in the airport of the Kurdish regional capital Erbil, also on Francis’s itinerary, recently came under rocket attack from an obscure Shi’a militia group, the Guardians of Blood, killing a contractor and wounding several American coalition forces. The Iraq government has negligible control over sectarian conflict.

Iraq has long been blighted by Sunni-Shi’a violence, dating from disputes about Islamic leadership in the seventh century. Sunnis make up at least 85 per cent of the world’s Muslim population. The majority of Iraqis, 65 per cent of its 39 million people, are Shi’a. As in Iran, their allegiance is to the family and descendants of the Prophet, Imam Ali, Muhammad’s son-in-law, and Husayn, his martyred grandson. Sunni leadership, though, dates back to Abu Bakr, a close companion of the Prophet considered the first to convert to Islam and the first of the “rightly guided Caliphs”, the Rashidun.  Over the centuries, further differences in beliefs, law and pious practice developed. Today religious identity still fuels sectarian political conflict throughout the Middle East. It intensified after the 2003 invasion of Iraq.

For some time, the Middle East, with Iranian, Saudi and American help, has been shaping up for its own Thirty Years War. Within Iraq the remnants of ISIS have used the pandemic to regroup, even calling on adherents to catch the virus and infect the West. They hate Shi’a as much as they hate Yazidis, Jews and Christians. Not surprisingly, Iraq’s Christian population, formerly 1.5 million, has been reduced by emigration to possibly as low as 400,000. Those remaining feel like second-class citizens. This is the political and religious minefield into which Pope Francis will shortly be stepping.

What has impelled the Pope to undertake this hazardous journey? First, solidarity with Iraq’s many displaced people and with its dwindling Christian communities. As well as Latin-rite Roman Catholics, Iraq is home to several ancient Christian Churches in communion with Rome — the Chaldean Catholics, Syriac Catholics and Maronites – who retained the original Aramaic spoken by Christ himself as their liturgical language. In the Bible the Nineveh plain is the location of Abraham’s home in Ur. Nineveh is the Babylon of Jewish exile. Francis is visiting the geography and roots of Biblical faith.

Second, the Pope is committed to following the example of his namesake, St Francis of Assisi, in working for Muslim-Christian dialogue and reconciliation. A quarter of his foreign visits have been to Muslim majority countries. In Cairo in February 2019, he met with the Sunni Sheikh Ahmad al-Tayyeb, Grand Imam and former President of Al-Azhar University. From this meeting, and after much preparation, emerged the joint document Human Fraternity for World Peace and Living Together, a manifesto for ending global conflicts. Given the dangers of sectarian wars, Shi’a leadership is an important element in the process.

So this time the Pope is scheduled to meet with Grand Ayatollah Al-Sayyid Ali Al-Husseini Al-Sistani in Najaf, the Shi’a equivalent of Rome: a town of some million people south of Baghdad and the site of Shi’a Islam’s “founding father” Imam Ali’s tomb. Born in the Iranian town of Mashad, Al-Sistani studied jurisprudence in Iran’s theological centre of Qom and, in 1952, moved to the pilgrimage site of Najaf in Iraq where he taught in the seminary. In 1993 he was formally recognised as a Grand Ayatollah, Marja, one of a tiny number of the most senior and respected clerics in Shi’a Islam. The rank of Marja means “emulation of Islam”. Title holders are  authoritative guides to understanding the Qu’rān and the Prophet’s sayings, Hadith, and thus to living a fully Muslim life. Al-Sistani could bring many Shi’a Muslims to engage with the vision of Human Fraternity.

The Americans had reason to be grateful to Grand Ayatollah in 2005 when he mediated between them and the Shi’a militia, led by the fiery cleric Muqtada al-Sadr, besieging Najaf’s Imam Ali Mosque. Al-Sistani had the personal qualities needed to lower the temperature: he was and is courteous and respectful of other people’s opinions, he leads a simple life in an ordinary house shunning ostentation — not unlike Pope Francis himself. He also rejects violence, does not approve of the velayat-e faqih, the theocratic rule of the jurists in Iran, though he supports state promotion of Shi’a teaching. His interpretation of Qur’ān takes into account, to some degree, the need to understand its historical context and Arab culture.

But this does not make Al-Sistani a modern progressive liberal. He shares strict views about the relationships between young men and women with the Shi’a clerical class in general. No dancing outside marriage, modest dress code, plenty of prohibitions. Yet his 2015 Advice to Believing Youth has more touching, tender and paternal wisdom in it than prohibitions. He is a jurist with deep pastoral concerns. There is clear water between him and the bellicose Iranian Supreme Leader, Ayatollah Khamenei.

Even among the Iranian clerics there is, of course, a spectrum of opinion, though not a wide one. I remember listening through a translator in Tehran to Ayatollah Emami Kashani, head of Shahid Motahari University, denouncing Iranian youth for lack of piety, and thinking: this could be my parish priest in Galway in the 1960s. Ayatollah Kashani had initially impressed me, not to say puzzled me, when his translator described how he had talked with a “rock singer” during his visit to Rome. How very open-minded. The translator had misheard: the meeting had been with Ratzinger, a Cardinal at the time but, of course, later Pope Benedict XVI.

When Al-Sistani and Pope Francis meet and talk, given accurate translation, there could be a profound meeting of minds. Whether Human Fraternity can generate tolerance for and between the many religions of Iraq, including the cruelly persecuted Bahais and Yazidis, remains to be seen. But it is clearly Francis’s intention to create an opportunity for the healing of Iraq’s wounds.

The Pope’s schedule – worryingly – has been published well in advance. One of the stops is Iraq’s second-largest city, Mosul: formerly an ISIS stronghold, retaken in a bloodbath by US and Iraqi troops, but with ISIS remnants, sleeper cells, still lingering. No political leader would risk releasing such a detailed itinerary in Iraq so far in advance. This is a brave Pope. His safety during this journey should feature in bidding prayers in all parishes this Sunday.