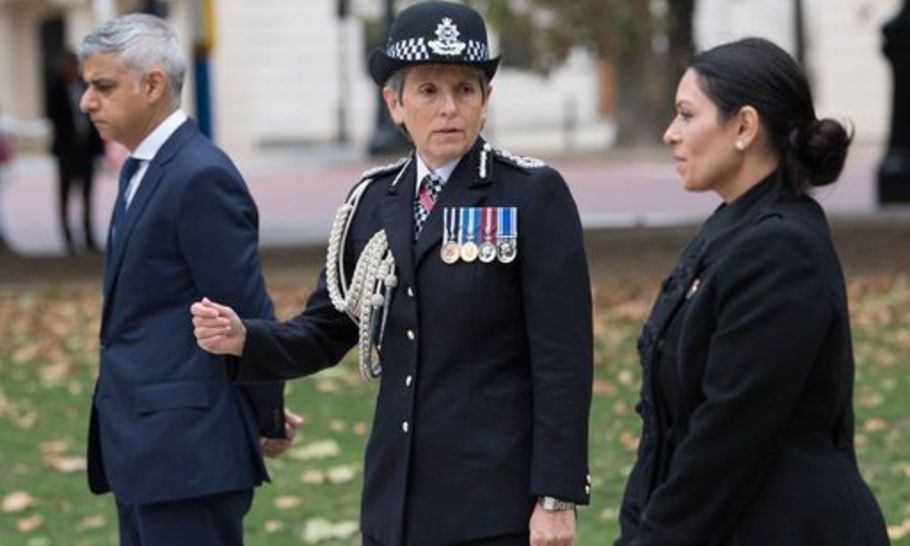 Sneaking off to a party with at least 14 others? You risk an £800 penalty — double that for a repeat offence, up to £6,400. If you are the organiser, the fine rises to a maximum of ten grand for raves attended by 30-plus. Even a get-together with a few mates could cost you £200. And, yes, the local constabulary are entitled to enter your house to check that you are complying with the rules. Call them “Nazis” for doing so and you risk arrest for a public order offence, a fine and a criminal record. On the other hand, you can be as abusive as you like about Priti Patel for imposing the new fines. On social media, a Tory Home Secretary is considered fair game.

Do such draconian punishments for mere socialising mean that Britain is becoming a police state? Many people think so. They include self-styled sceptics and libertarians who vehemently reject pandemic prophylaxis tout court: lockdown, social distancing, masks, the whole bang shoot. Underlying their “principles” lurks the idea of herd immunity, as in the “Great Barrington Declaration”, which Philip Ball dissected here yesterday in a detailed analysis that is well worth reading.

But those who defy the rules also include those who apparently think they are necessary for everyone else — just not for them. How else does one explain the discrepancy between popular attitudes? Not only is there overwhelming support for the measures, but large majorities would like to see them made tougher and more strictly enforced — hence Priti Patel’s tougher penalties. Yet large proportions of the population, especially in younger age groups, also tell pollsters that they have broken the rules, evidently with a clear conscience. It’s one rule for them — but no rules for us.

The problem with this attitude is not merely that it is selfish, but that it costs lives — lots of them. The UK now tops the global table for Covid death rates, with an average now far exceeding 1,000 a day. Deaths have risen 14 per cent in the last week. We are losing almost as many lives to this pandemic every day as we do to road accidents in a year. Ministers despair of deterring people from spreading the coronavirus by going to work after testing positive, as about 15 per cent of us do — so much so that they are considering a £500 incentive payment to at least some of those diagnosed. Desperate times demand desperate measures, but bribes on such a scale would be ruinously expensive and are obviously open to abuse. There have to be better-targeted ways of helping those who feel they cannot afford to lose income by self-isolating for ten days.

The truth is that people who put the lives of others in danger are not merely behaving selfishly, but breaking the law. The Director of Medicine for London, Vin Diwakar, told the Downing Street press conference yesterday: “For me and my colleagues in the NHS, breaking the rules is like switching on a light in the middle of a blackout in the Blitz. It doesn’t just put you at risk, it puts your whole street and the whole of your community at risk.”

In a police state, there is no rule of law and no protection against arbitrary arrest. To fine those who knowingly break the law by spreading a deadly virus is not the action of a police state, but that of its opposite: a society under the rule of law that protects the lives of its citizens. In practice, few of us report on our neighbours, even when we see them breaking the rules. But we feel righteous indignation, just as we do at lawbreakers in normal times.

What, though, of the law enforcers? Are we giving them the protection they need as they go about their unenviable task? John Apter, head of the Police Federation which represents officers, says that they are routinely accused of being “little Hitlers” for doing their duty. “That hurts,” he said, “because we don’t want that relationship with the public.”

There is worse. Dame Cressida Dick, the Metropolitan Commissioner, says that her officers have been deliberately coughed or spat on by those who claim to have Covid on at least 150 occasions. It is, of course, part of their job to enter homes and come into close quarters with those they must arrest. Yet police are low down the pecking order when it comes to vaccination, ranking below most other key workers; they may have many weeks to wait before they are protected. The result is that a high proportion of the police have had coronavirus or are self-isolating, so they have more laws to enforce with far fewer officers. That they go about their duties without complaint is remarkable, even if it goes unremarked.

Britain is not and never will be a police state — not even by stealth. But it has always been and should be a state where the police are trusted by the public. It is high time that the police were given the protection they need, if only to enable them to protect the rest of us.