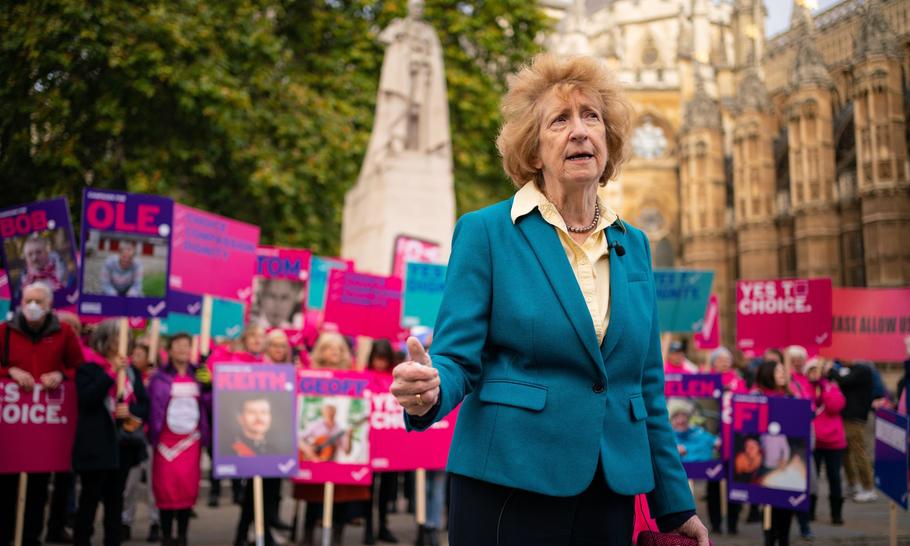 Were it to become law, the Assisted Dying Bill, presently receiving its second reading in the House of Lords, would fundamentally alter the balance between life and death in this country. The Bill’s purpose, according to its sponsor, the crossbench peer Baroness Meacher, is “to enable adults who are terminally ill to be provided at their request with specified assistance to end their own life”.

Unusually, this private member’s Bill has originated in the House of Lords; unless the Government decides to set aside time for debate, it will probably suffer its own assisted death when it reaches the House of Commons. It is probably also true to say that barely one in a hundred people is even aware that such crucial legislation, which would affect every one of us, might be in the pipeline. How would we feel if we woke up one day soon to find that doctors now had the power, not merely to heal us, but to kill us too?

Nevertheless, the Assisted Dying Bill has unleashed a torrent of public anguish about the question it is intended to address: should individuals or their families have the right to die in a manner and at a time of their choice? Perhaps inevitably, an ageing population places increasing pressure on doctors to provide a “good death”. For some, that may mean not merely exercising control over their treatment, but also over how and when to die. After all, the health service offers many things on demand that weren’t always available, from transgender surgery to abortion — so why shouldn’t we have euthanasia on the NHS, too? Yet this Bill ignores the wisdom of the ages about suicide, assisted or not. To be, or not to be: that is still the question. Though circumstances may have changed, the answer has not.

Debates in the Lords are almost invariably well-informed, because the Upper House is full of authorities from many fields, including medicine. Even so, like anyone else peers can be swayed by emotion as well as expertise. Last Friday’s debate was electrified when Baroness Meacher read out a statement from the former Labour minister and social reformer Frank Field, now Lord Field of Birkenhead, in which he revealed that he had changed his mind in favour of her Bill. Lord Field added that he was suffering from terminal cancer and had recently been in a hospice. Such a dramatic intervention, coming from a distinguished statesman and devout Christian, was bound to appeal to consciences, both inside and outside the Palace of Westminster. (Full disclosure: I have been a friend and admirer of Lord Field since 1966, when he was the youngest parliamentary candidate in the country and I, aged eight, was his youngest canvasser.)

The cri de coeur of a dying man undoubtedly carries weight, but such a momentous change in the law must be based on hard evidence that it meets a real need and that the promised benefits outweigh any possible harm. In this case, such evidence as there is has been insufficient to persuade many, if not most, of those who are most knowledgeable about the terminally ill: those doctors and nurses who specialise in palliative care. Indeed, it is extraordinary that no research has apparently been published that compares, comprehensively and with enough objectivity to satisfy both sides, all the evidence from those countries that have legalised some form of euthanasia.

Perhaps the most informative document for readers with an open mind on this subject is a letter to the editor of The Times published today (unfortunately behind a paywall). It is signed by a long and eminent list of doctors and academics with decades of experience in palliative care for the terminally ill. They point to “a lack of evidence that the suggested safeguards  [in the Meacher Bill] are either effective or verifiable”. Evidence from Oregon, since the US state passed its Death with Dignity Act in 1997, “shows how assessment of capacity for assisted suicide is influenced by the individual values of assessing clinicians, something that is almost impossible to mitigate against.”

These experts warn that patients who seek assisted suicide often suffer from “significant psychosocial distress”. The risk of coercion and abuse is therefore great. In Oregon, 53 per cent of patients who were helped to die gave as a reason that they were a burden on family, friends or carers. “Pain and fear of pain were less frequently cited.”

The evidence from Canada, the authors suggest, shows that such laws can actually make a “good death” less likely. Strains between patients and families, or fears of both that palliative care may hasten death, can all cause distress. For these reasons some Canadian hospices do not offer assisted suicide. Shockingly, however, “these facilities have had their funding threatened or withdrawn”.

We should pay careful attention to the medical practioners who actually look after the dying. If they see the Meacher Bill as “unwise and unsafe”, we should have very strong moral reasons and overwhelming evidence to override their judgement. Yet the philosophical and the practical case has yet to be made that we need to cross the line between palliative care that enables people to die naturally but without undue suffering, and active intervention to end their lives. Is it not too much to ask doctors to renounce the spirit of the Hippocratic oath — “first, do no harm” — for the sake of a “right to die” that for them amounts to a duty to kill? Are we confident that the safeguards included in the Bill will not be eroded over time, as assisted suicide becomes the default option rather than the exception? In the Netherlands, which legalised euthanasia and assisted suicide in 2001, some four per cent of all deaths are by these means, not all of them voluntary.

The evidence surely suggests, rather, that we may be asking the wrong questions. If those who are nearing the end of life are very often suffering from psychosocial distress, depression or loneliness, are there not better ways to alleviate this suffering than by eliminating the sufferer? Doesn’t a civilised society treat the symptoms, however severe, rather than invite patients to expedite their own demise? All the evidence suggests that assisted suicide is still the wrong answer to the wrong question.

Although it is true that this issue often divides people according to their most fundamental beliefs — Baroness Meacher and her husband Lord Layard are humanists, while the Catholic and Anglican bishops oppose the Bill — the decisive questions here are largely of a quite practical kind: how best to ease the passage from this life to whatever may lie beyond. Before we go down a legislative path from which there will be no return, let us be quite sure that we know where it will lead and that we are comfortable with the destination. The onus is surely on the proponents of the Bill to prove their case.