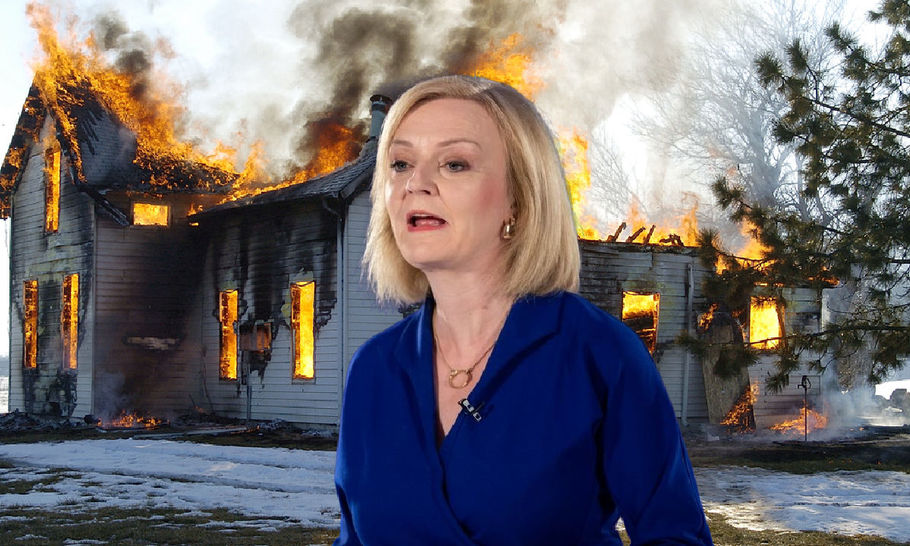 The events of the last twenty-four hours in Westminster are indicative of the calamity and catastrophe this country has experienced since the funeral of the Queen. The level of political misadventure, and the impact this has had on the daily lives of the wider electorate has been jaw dropping to witness. The backlash against the Tory party has been formidable and whilst I think the death of Conservatism wildly exaggerated, the last few weeks could have spelt the end of British Populism for the foreseeable future

To paint the Populist agenda as simple villainy is wrong. Populists gave forgotten and marginalised communities a chance to regain a political voice and influence on the state. The movement fed off the feeling, especially since the financial crash of 2008, that power is being bunkered into ivory towers. Distant, elitist, self-serving and remote.

Nor should we paint all Populists the same – especially in the UK. There are the rabble-rousers and demagogues such as Nigel Farage. The personality is the message and ideology doesn’t really go further than pointing at “them” and saying it’s their fault: the elite, BBC, Europeans, bureaucrats, Brussels, immigrants, Westminster.

Farage, though never elected into any public office in the UK, has had a huge influence on the politics of this country. When leading the UK Independence Party (UKIP), he was so popular with Tory grass roots he was in danger of splitting their party. This was the main reason why David Cameron called the 2016 referendum on membership of the EU.

Farage’s most significant achievement, however, came in 2019 when Theresa May looked like she was going to opt for a softer Brexit than many on the right would have liked.  With the Tory’s in meltdown Farage formed the Brexit Party and within a couple of months was polling at 26 per cent. It became the largest single party in the May 2019 European elections.

When Boris Johnson eventually delivered a hard departure from the EU, the Brexit Party morphed into the Reform Party. With Farage as its chairman it has bumped along the bottom of the pollster graph since. The recent crisis in the Conservative Party has given it a couple of points of support, but still stands at around 5 per cent of the popular vote and little or no hope of gaining even a seat in Parliament. During this current crisis Tory support has been smashed beyond even the levels of May 2019, but this time the electorate is moving to the centre, not the Populist Right. Perhaps he’s old hat, perhaps the failure of Brexit to deliver the sunlit uplands once promised is rubbing off, perhaps he’s suffering from overexposure. What’s clear is that Nigel Farage, the demagogue of British Populism, has passed his use-by date. The crisis of the last few weeks has demonstrated he’s only left with the rump of his once far-reaching support.

It would be wrong to claim Jeremy Corbyn is a Populist: he’s still fighting the ideological battles of the 1970s and 80s. However, many of the people who flocked to him, when leader of the Labour Party, certainly were. They dressed in the ideological costume of the 20th century but danced to a Populist beat. These dogmatists laid the blame at the feet of globalised capitalist systems and shadowy international monetary forces. Martyrdom at the hands of these mysterious figures, found in the media, financial system or deep rooted in the state were celebrated.  Conspiracy theories were always there to take the blame when things went wrong; sailing close to, and often falling over, lazy anti-Semitic lines.

At the recent Labour Party Conference it was clear these large, and once vocal, Populist voices have been muzzled. Whether shut up for good or just pushed into militant Unionism, only time will tell, but Keir Starmer seems to have shut down Populists who once had full control of the Labour Party. Even Starmer’s keenest critic would have to admit that’s one hell of an achievement, best summed up in the fact that Corbyn is still ejected from the party when, not so long ago, he led it.

Like Corbyn, it would be wrong to call Boris Johnson a Populist. A morally corrupted opportunist? Yes, but that doesn’t make him a Populist. What Johnson did do is get into bed with the likes of Dominic Cummings, who would call themselves “disruptors”, but basically they’re Populists.

This union of opportunism and Populism got Johnson into power on an agenda of being pro having cake and pro eating it as well. Liz Truss is, or at least was, in many ways a far greater “cakeist” than even Johnson. High from the intoxication of Think Tank Culture she came out as pro-low taxation and pro-spending more of it as well. Want a £150 billion energy rebate? Here you go. Unfunded tax cuts at the same time? No problem! “Go for growth” boosters for business? Thank me later. A fully costed plan? Well…is that really necessary?

Unlike Johnson, Truss hasn’t got the personality to pull off such a Populist agenda . Johnson’s genius was the ability to present simple solutions to complex issues in tabloid headlines. Opportunism was key while affording little rational consideration. Things might unravel in the long-term, like his Brexit deal, but these were bridges which could be burnt in the future.  Truss has none of that “charisma” and was therefore sunk before her Populist agenda started.

What all Populists have in common, what really makes them Populist are two things. First, they blame perceived elites, and pull down the institutions they think these elites dwell within. But at some point the electorate figures out the buck has to stop with politicians at some point. You can’t have the Right of the Conservative Party blaming international monetary markets for rejecting their budget. Its bizarre. Second, Populists commit substantial amounts of public spending to their political agenda, financed by foreign loans which will be serviced by our children. Again, this is unsustainable and the electorate gets wise to it.

If the tide of Populism is starting to retreat in the UK, then the centre ground can’t be vitriolic. It caused the problem. The centre was too removed from the communities it was meant to serve. Too happy to hide behind and blame institutions, such as the EU, rather than reform and challenge them. Too intent on telling other countries how to run themselves. Too happy to see some in society as lost causes in need of sympathy rather than genuine help. Too cock-sure of everything it was doing.

If the centre is coming back, on the ideologically different Blue shoulders of Jeremy Hunt or the Red back of Keir Starmer, they had better know what they’re doing. Their opponents will be happy to pounce, both inside and outside their political parties, to take advantage once more. The Populist beast is learning.