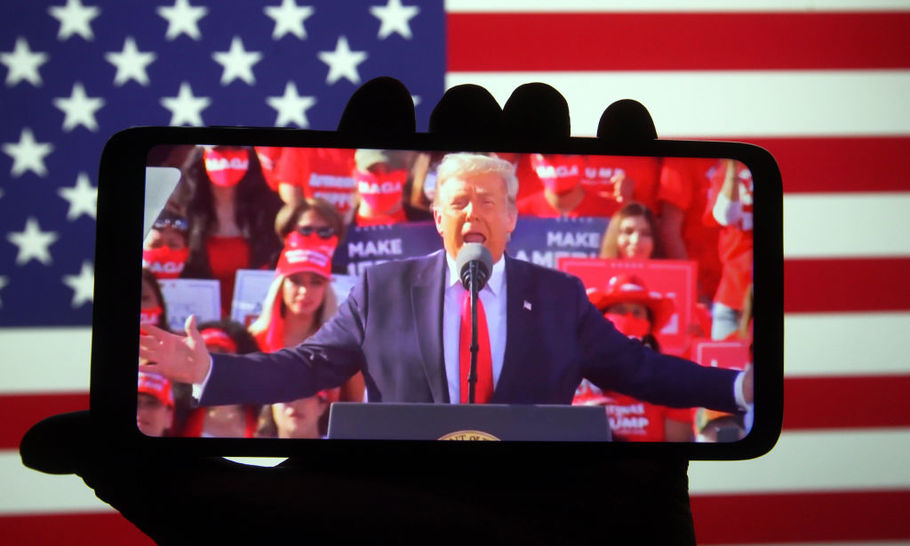 When Apollo 11 landed on the moon 50 years ago, its computer processor ran at 0.043 MHz. The iPhone in your pocket has over 100,000 times the processing power. When the iPhone came out 13 years ago Steve Balmer, who became CEO of Microsoft, laughed at it. At the time Microsoft was already in the mobile space with a product called Zune. The reason Balmer couldn’t see what would happen with the iPhone was that he had three assumptions: the iPhone was too expensive; it was a designer mobile and not a business machine (like the then market leader, Blackberry); and it wasn’t built for purpose as it didn’t have a keyboard. Balmer was wrong on all counts.

The smartphone revolutionised the way we communicate, play, think, surf the internet and more. There are over 50 things the smartphone has replaced, from calculators, to cameras, Sat Navs, alarm clocks, photo albums and flashlights. Physical money is expected to be next. Who wants to handle money in thee Covid times? Your mobile is now your wallet and the place where you exchange money via your bank, credit card or app. I can send £20,000 a day on my mobile banking app and get on a flight using my mobile. The UK government is encouraging everyone to use the coronavirus app on their mobile. By 2024, 71 per cent of customers are expected to use mobile apps for banking in the UK. This is the same date as the next election. Given that 71 per cent is higher than the 67 per cent who voted in the UK’s 2019 election, isn’t now the time to consider allowing people to vote by mobile phone?

This debate is growing in the US right now. For decades, the cybersecurity community has had a consistent message when it comes to the idea of digital and mobile voting: mixing the Internet and voting is a bad idea. As Senator Wyden howled on the Senate floor “I believe that’s about the worst thing you can do in terms of election security in America, short of putting American ballot boxes on a Moscow street”.

The fact is that America already has mobile voting in its elections. Federal law requires select demographics, including the military personnel stationed overseas and residents with disabilities to vote by email, which can be done via mobile. Email voting is less secure than mobile voting. In the upcoming elections, the military from West Virginia, South Carolina and Umatilla County, Oregon will be voting via mobile. In January, over 1m people in West Seattle had the option of voting via smartphone in local elections.

Coronavirus has brought mobile voting back into consideration. The international Foundation for Electoral Systems has recorded 113 election events postponed in 66 countries. The fear of physical voting is real and causes serious disruption in democracies. A growing number of local elections and primaries in the US have been run with mobile voting as an option, with pilot schemes in Washington, Delaware, Oregon, Utah, West Virginia and New Jersey. This is all under intense scrutiny. One of the main players in this space is called Voatz. It has been involved in fifteen trials so far, and none has been hacked.

The fear of hacking is understandable. The main concern with mobile voting is that any vote goes over the internet and that is where it is most vulnerable to be hijacked. The other major concern is in accountability, especially the need for a paper trail so the authorities can recount and check the actual votes if needed. Those putting the case for mobile voting would point out that smartphones themselves have biometric identification security (fingerprint or facial recognition). A mobile voting system can also use blockchain, which would prove almost impossible to hack.

In the 2020 US election, a military person stationed abroad will be identified by video selfies and will send a blockchain encrypted vote to a digital lockbox. On election day, officials in the voter’s jurisdiction will open the lockbox, print the corresponding paper ballot (creating and auditable paper trail) and then run them through standard optical scanners. There is now a working precedent.

Accusations that postal ballots are rigged — many of these rumours fuelled by Donald Trump — already hang over the forthcoming US election result. He’s implied that if he loses, it will be down to the “fraudulent” and “corrupt” voting system.

The US’s election process, and with it the confidence and engagement of the electorate, is in desperate need of an update. A Gallup poll earlier in 2020 revealed that 59 per cent of Americans don’t have confidence in the honesty of elections. One of the effects of the rise in populism and its tactics in the US and elsewhere is to polarise the electorate. That leads to more people turning away from the electoral process and from politics overall.

Three million Americans of voting age were living abroad at the last election. Earlier this month US voters living outside the country filed a class-action lawsuit against election officials in seven states to force them to let voters return completed ballots electronically. They wanted to vote, but the system doesn’t allow it. If you had to work late, or your train was delayed, or you got an invite to go out, or you couldn’t get someone to look after the kids, or you were suddenly asked to go into lockdown, or you only remembered at the last minute — why shouldn’t the electoral system look for a way to help you vote? If the US and other governments can’t consider mobile voting as an option for everyone in 2020, what is to stop working to try to make it happen for 2024 or by 2028?

Turnout in elections has become significantly skewed. In the US and UK it favours the older population. The Republicans in the US — like the Conservatives in the UK — have voting bases that skew over 45. This means that any political party needs to focus its agenda and voting appeal on that demographic.

A hoped-for consequence of introducing mobile voting would be to increase the turnout and voting participation of the young in elections. In the last and close 2016 US presidential elections, 72 per cent of Americans aged 65 and over voted, compared to just 41 per cent of those aged 18-24 (the younger voters being more likely to vote Democrat). In a close  52-48 leave Brexit vote, only 36 per cent of 18 to 24 year olds voted, the young being more likely to vote remain. Would the results have been different or the same if we had a mobile voting option?

Why can’t the young be given the option to vote on their own terms? Wouldn’t it be a good thing for the country to help to engage them from a young age in the democratic process? Why should the Covid generation accept that their school and university studies should be online and buy into the UK government telling them their next job should be in cyber, but be unable to vote online?

In the US, skewing the vote to discourage the “wrong kind of voting” has gone on for years. There have been brazen acts of gerrymandering, as well as examples of the authorities limiting in-person voting sites so that there were queues up to four hours — as has happened recently in some States — to discourage the “time poor”. Political organisations have also used various means to suppress the votes of ethnic minorities. Voter intimidation in the US, with people with guns at polling station is also a rising concern. All of these problems could be alleviated by mobile voting.

In the UK, the timing of the 2019 General Election meant that voting occurred in the last week of university term and new voter ID laws caused further problems for those least likely to be registered to vote. Ipsos MORI recorded a turnout estimate of 47 per cent of 18-24 year olds in the 2019 election vs 54 per cent in 2017.  Whatever your political persuasion, having an electoral or voting system that diminishes certain voices is not healthy for a true democracy.

Mobile voting could be a way of rebooting democracy, re-engaging the techno-savvy generation and even making life a little bit easier for those who cannot tip up on the day, for whatever reason. If you want to see a country where this already happens go to Estonia. This Baltic State, and former part of the USSR, is all too familiar with the threats of cyber-attack. Amidst the country’s disagreement with Russia in 2007, a series of cyber attacks began targeting the websites of various Estonian organisations including parliament, ministries, banks, newspapers and broadcasters.

This scare could have prompted Estonia to roll back on its electronic innovations. Instead, it fought off this attacks and has embraced a digital economy. In Estonia 99 per cent of public services are available online. The only services not available online are those connected with marriages, divorces and real-estate transactions. Its population have digital identity cards and at the last election 44 per cent of Estonians voted using i-voting. The Information System Authority which takes care of the technical and cyber security side of internet voting in Estonia, said it hopes to implement mobile voting or “m-voting” in 2021. It will be used at the local elections

There are barriers and complexities to making mobile voting work. But those difficulties should not be used as an excuse to perpetuate a system that is already broken.

Elections Electronic Voting Estonia The UK The US voting