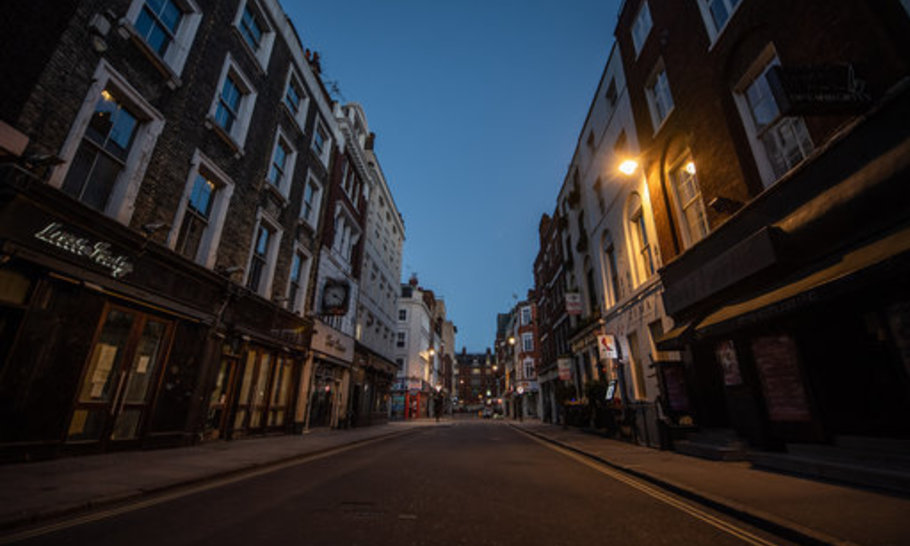 In the latest addition to the Treasury’s wide range of crisis measures, Chancellor Rishi Sunak announced that small firms will soon have access to quick and interest-free loans of up to £50,000. In times of emergency, it is entirely right that the government should turn on the spending taps in ways it never normally would to keep businesses afloat and prevent millions from slipping into poverty.

Eventually, though, the state will have to pay off its tab. There is still no magic money tree. The Centre for Policy Studies estimates that coronavirus will cost the UK a total of £246 billion. That could push government borrowing this year as high as £300 billion, roughly double the annual budget of the NHS.

Those costs cannot be met through public sector cuts. Even if anywhere near that amount of cash could be found sitting idle in the public purse, the memories of George Osborne’s economic programme remain fresh and the wounds still sting.

More pertinently, we are now a nation that assembles weekly to applaud nurses, doctors and care workers on our doorsteps. Our reliance on essential workers during this crisis has been at the forefront of the public consciousness, with government representatives touting their vital work at practically every one of the daily press briefings.

Right-wing newspapers known for their hostility now adorn their front pages with smiling pictures of NHS “heroes and angels”. The “Give NHS Heroes a Medal” campaign has the backing of all five living former Prime Ministers. Evidently, cuts to public services are not going to be politically feasible in the foreseeable future.

Inevitably, the focus then shifts to tax policy, which will form the crux of this next micro-era of economic debate. It is absolutely imperative that the government does not undermine our post-coronavirus economic recovery before it has even begun through crippling tax rises.

The temptation will be there. NHS staff will surely soon receive their long-overdue pay rise. Faces of big business have made headlines for all the wrong reasons. Virgin’s Richard Branson begged for a government bailout, despite having billions in the bank. Tim Martin, the chairman of Wetherspoons, initially refused to pay his furloughed workers, telling them to get a job in Tesco instead.

It will therefore appear easy for the government to bump up corporation tax or the top rate of income tax by a few notches to take the edge off the huge borrowing costs and, it would seem, stay on the right side of public opinion. But this would be myopic and incredibly unwise.

The solution to the economic consequences of coronavirus is growth. Our economy will take a hit of unprecedented magnitude and the only solution is to think long term. Rather than hiking taxes, we should in fact be bringing them down in order to make Britain the hub of post-virus economic activity.

In a matter of months, the UK will finally leave the European Union in material terms. The Brexit transition period is due to come to an end in December, at which point dozens of new bilateral free trade agreements with countries across the world will come into force. Combined with a host of tax cuts, this will allow life to be breathed back into the British economy.

Raising taxes would be short-termist and destructive, an imprudent course of action for a government that expects to stay in power for at least the next decade. Public opinion makes this point even more pressing; despite the apparent incompetence of big business and the nation’s doubling down on its love for public service providers, the British people overwhelmingly believe that the government should cut taxes once lockdown is over.

In a recent Survation poll for the Adam Smith Institute, an astonishing 72 per cent of respondents said that the government should slash taxes in the coming months, with just 8 per cent opposing tax cuts. This view is especially pronounced among young people whose opinions, given the demographic circumstances, ought to be of the utmost importance for the Conservative party as it looks ahead to future elections.

The upshot is that, as we move into the recovery phase of the pandemic, an informed and sensible view of the economic situation must be at the forefront of policy generation. The government must be able to resist the temptation for a quick fix in the form of tax rises and equipped to look ahead to the long term.

Quite rightly, the government has so far relied on guidance from leading scientists when coming up with coronavirus policy. That comes in the form of SAGE, its Scientific Advisory Group for Emergencies, which advises on the health-related consequences of different policy approaches. It is now time for the establishment of a parallel Economic Advisory Group for Emergencies.

As the Adam Smith Institute report suggests, an EAGE would help coordinate responses to ongoing developments across departments from an economic perspective, in the same way that SAGE ensures the government is aware of all relevant health-related issues. In the next phase of the pandemic, it is vital that the government continues to listen to the experts.