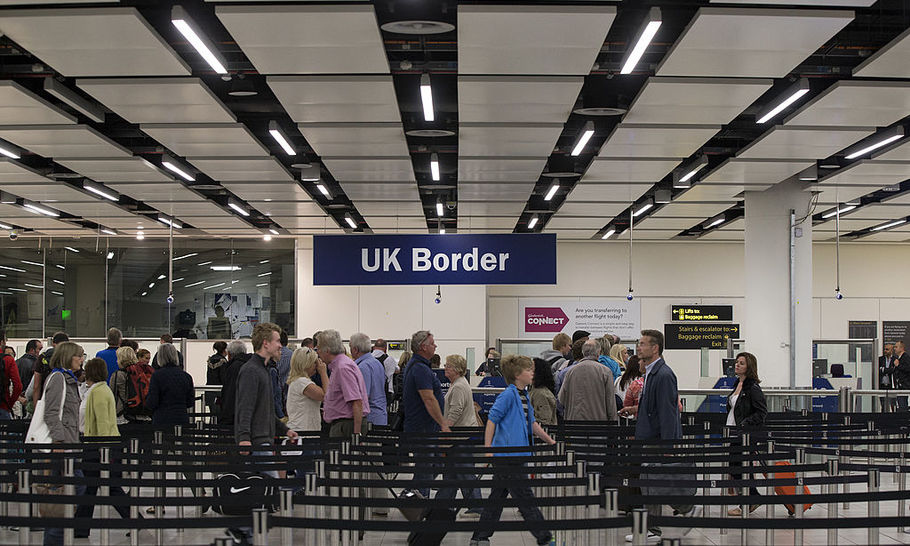 Support for Brexit doesn’t always mean resentment of immigration. Nigel Farage’s offshoot “Leave.EU” campaign in 2016 tried, unsuccessfully, to stoke Breitbart-style terror in the face of the supposed “refugee crisis”. This culminated in the now infamous “breaking point” poster in which a long line of non-white faces is seen queuing at a border. “Britain is full,” Farage and his ilk might as well have said. “If in doubt, keep ’em out.”

It is the kind of politics we had come to expect from Farage, the founding president of British Populism Inc. who names Enoch Powell as one of his political heroes. But it was profoundly disheartening when it seemed to be adopted by Theresa May. She was obsessed with telling us at every opportunity, that she would put a definite and total end to free movement so that we could “take back control of our borders.”

May was unwilling to shed her Home Office “bloody difficult woman” image, even in the face of unachievable targets and the abominable Windrush affair. But May miscalculated. Less than a third of Leave voters cited immigration as their primary concern. Since 2016, the level of attention given to immigration has fallen dramatically, with the European “migrant crisis” no longer dominating the headlines as it once did.

A sizeable portion of the electorate, of course, still cares a great deal about immigration. That became particularly pertinent in this campaign, in which the key Conservative target areas were Labour heartlands. Here the Tories had to lean more towards social conservatism. Priti Patel was wheeled out to be the face of law and order, and this convinced swathes of Corbyn-hating Brexiteers that they should vote Tory, not Farage.

Patel was extremely tough on terrorism, long before the horrific London Bridge attack. She trotted out all the right lines about harsher sentences for violent offenders and, crucially, she paid plenty of lip service to the need to “secure our borders”. The official Conservative line on immigration during the campaign was to implement “an Australian-style points-based immigration system,” a line stolen directly from Farage’s Ukip.

Now, though, the Tories have an opportunity to change the conversation on immigration. Johnson is brilliantly placed to use his thundering electoral mandate to tout the benefits of immigration and frame it as an indispensable part of the outward-looking post-Brexit “Global Britain” that all those Leavers voted for.

The alternative is profoundly unattractive. Immigration is no longer some sort of political football. Trying to revive the long-dead manifesto commitment to reduce immigration numbers to the tens of thousands would only highlight the repeated failures of past Tory governments. It would also turn a non-issue into a major stumbling block for Johnson’s liberal politics.

Against the Brexit backdrop, it will be simple to achieve this. The Farage-esque line about fair immigration — no longer being forced to bump Polish plumbers to the front of the queue, ahead of Indian doctors — is a strong one. The NHS is a very good rhetorical tool to use in immigration’s favour; Labour’s backwards-looking Europhilic approach can be portrayed as keeping out the doctors and nurses we badly need, not to mention teachers, carers, and so on.

It remains unclear what that Australian-style points-based immigration system would actually look like in a British context, especially since we are still in the dark about our future relationship with the EU. It is, though, an excellent line to trot out in interviews and speeches, leaving the government enough wiggle room to remove the bulk of restrictions on people trying to relocate to the UK in order to work.

A very good place to start would be the mass amnesty for undocumented immigrants, which Johnson has publicly supported. Small steps like this can be taken with relative ease. There is no reason whatsoever why asylum seekers should be forbidden from working for a living while their applications are being considered. The era of the “hostile environment” is over. The Conservative government now has a golden opportunity to cast Britain as internationalist and forward-looking. It must not pass it up.

At least part of the reason for last week’s thumping endorsement of Boris Johnson’s brand of One Nation Conservatism was the gaping chasm in the British political spectrum caused by Labour move to the far left. The best way for Johnson’s Conservatives to maintain the electoral coalition they have built is to bridge that gap. They can do this by merging a no-holds-barred commitment to Brexit with Keynesian economics — generous investments in public services — topped off with an outward-looking vision of a post-Brexit Global Britain. Inescapably, a key part of that is immigration.