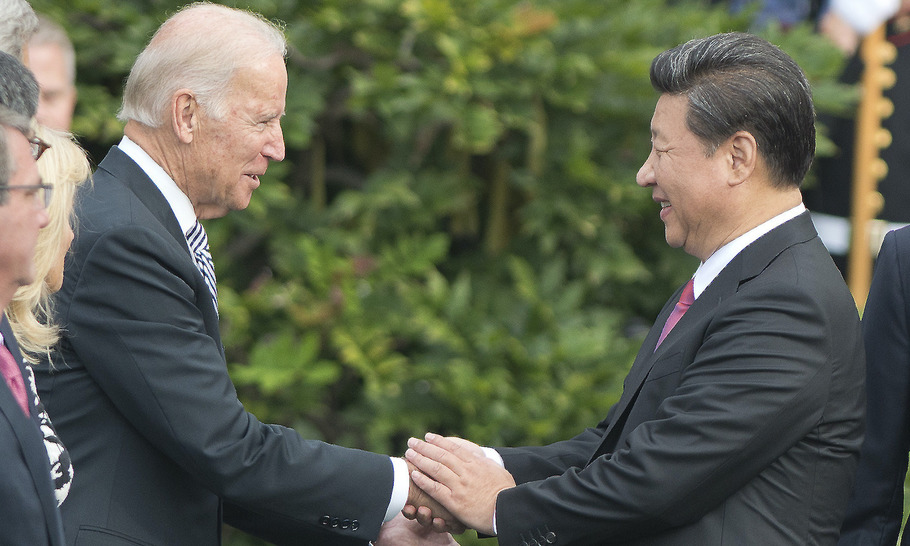 As President Biden placed his hand on the Bible, allies and enemies of the US around the globe watched — among them Britain and China. A renewed “global Britain” is ready to build on its special relationship with the US to achieve its own foreign policy objectives, with a doggedness to rival that of the Bush-Blair relationship. Prime among those objectives will be dealing with the problem of China — a nation which has expressed “cautious optimism” at Biden’s premiership. The UK and US must use this opportunity of renewal to put that optimism to bed.

Today, China poses the type of threat which only occurs a handful of times in a century. Authoritarian states, dead set on expansionism, are seemingly ever present on the world stage, but states which pursue that course of action, while simultaneously cementing themselves as economic and military superpowers, are rare. History teaches us that if you wait too long to implement concrete, unified action against an authoritarian, expansionist and genocidal world power, it rarely ends without significant bloodshed. It is said that history does not repeat itself, it rhymes – Uighur Muslims are held in concentration camps by the Chinese Communist Party (CCP) and China’s military is determined to control the disputed Galwan valley region, yet the west has offered little more than lip service. The words Holocaust and the Rhineland must not be forgotten.

This being said, military confrontation with China should be avoided as much as possible. In the long term, it would be far better, and more in the interest of those primary victims of China’s aggressive authoritarianism, for the US and the UK to shape China’s behaviours by implementing joint economic measures.

For decades, British and American leaders have believed that trade with China and the Chinese populace would lead, in the long term, to the “Westernisation” of China. Margaret Thatcher predicted that her Hong Kong treaty with Deng Xiaoping, known as “two systems, one country”, would eventually lead to the democratisation of mainland China. The opposite has happened. Instead, China has become a haven for IP theft and cheap labour, using both to strong arm the West. Meanwhile, Hong Kong is quickly becoming a shell of its former self. Democracy dies in the streets and activists fill up Beijing’s prison camps.

Together, the UK and US could feasibly cut close to 20 per cent of China’s export market, wiping out almost $350 billion worth of trade. China made up 75 per cent of the US import market last year, so a complete ban on trade is highly unlikely, there or here. However, if the US and UK made a joint effort to call on their international allies to further penalise genocidal states through industry-targeted sanctions on malevolent actors, China’s behaviour could be manipulated.

How this can be practically achieved is a complicated prospect. The CCP has, over the last decade, become an ever more blatant sponsor of some of China’s most successful international companies. This has not gone unnoticed and concerns about state-sponsored industrial actors have been widespread in both America and Britain over the past year especially. For example, Huawei’s role in the UK’s 5G networks became a hot topic of debate, not only because of the huge national security risk it was alleged to provide, but also because of the ethics of letting a defacto arm of a genocidal state become a key player in the UK communication network. The China General Nuclear Power Group (CGNPG), which is blacklisted in the US, yet continues to operate in the UK is another prime example.

To this end, sanctions targeted specifically at CCP-backed industrial actors would hit China’s political class where it hurts, both in their pocket and their world influence. Huawei alone invested close to £2.2 billion in the UK between 2012 and 2018 – targeted sanctions levelled at the company would seriously damage the finances of the CCP sponsored company while also taking a huge step in mitigating China’s soft power over the UK. Only 15 per cent of China’s 109 Fortune 500 Companies are privately owned – leaving 85 per cent which, if targeted with economic sanctions, would impact the CCP specifically, rather than primarily the general population. It would be an opportunity to not only curb China’s world influence, but to sow discontent among the Chinese people at the failings of their own state-sponsored industry, perhaps prompting the same anti-CCP sentiment that Beijing battles in Hong Kong closer to home .

Crucially however, if the approach is not unified, then it will find little success. A US ban on the CGNPG or Huawei is of little impact compared to the blow that could be dealt through joint action by the leading actors in the Anglosphere and their allies. Properly coordinated action, targeted at industries that the CCP values most highly, yet which those in the west are less reliant on, such as the technology industry, would prevent the CCP from using bargaining chips that they have threatened in the past, such as mineral exports, to force the west into submission. Leaving mineral export companies such as Shanghai Ico Minerals Ltd, for example, out of sanctions would create ever more Chinese reliance on their profitability and discourage Chinese sanctions that would negatively impact their success, protecting sectors on which the West is over-reliant.

This could be the opportunity for the US and UK to dismantle the Chinese political tinderbox without accidentally sparking it. We can’t ignore China, nor can either nation effectively manage the CCP on its own. Taming the red dragon will require a bipartisan action rarely found in modern politics.  Fortunately, a British Prime Minister with an eye on reforging the UK’s role in the international arena, and a US president with no qualms about interventionism, could be the duo to finally put an end to the CCP’s aggressive ambitions and force it to change direction. We should all be on board with that.