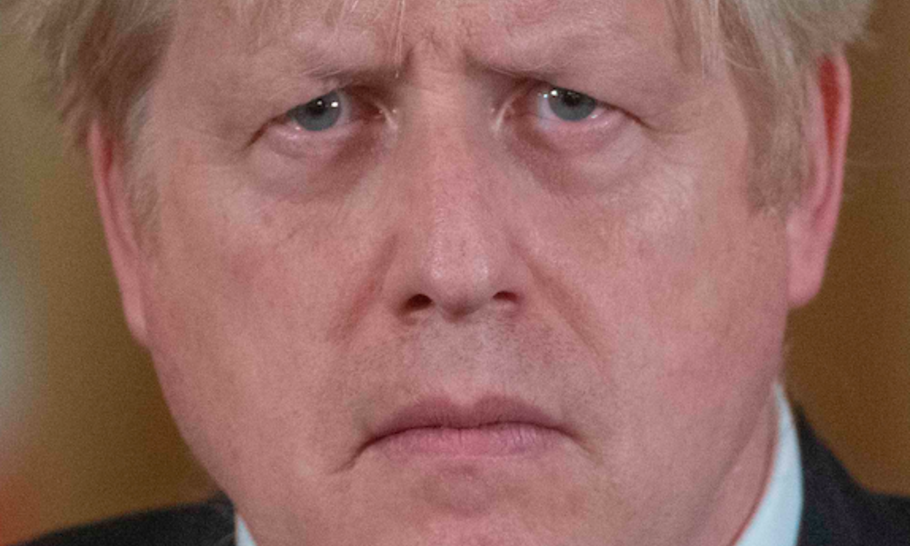 Boris Johnson has run up the white flag with the predictable U-turn over the exams grading mess. The sight of students marching on Downing Street, distraught parents, challenges in the courts and growing rumblings on the Tory backbenches brought about a swift and painful capitulation.

Political missteps come and go. But some stay in the memory. This one, like Theresa May’s “dementia tax” U-turn in 2017, may be one such. The dementia tax miscalculation was a simple case of a political tin ear. May was out of touch, not only with the country, but crucially with her own supporters.

As Boris Johnson stumbles from one mishap to another, the exams fiasco may also linger, steadily eroding the message he delivered on the night of his famous election victory last December: trust in me and I will lift you up whoever you are.

It will also reinforce the growing feeling that this government is a pushover. This is not the first U-turn he has been forced into. It won’t be the last.

The Prime Minister reversed direction on free school meals after Manchester United and England striker Marcus Rashford came out in favour of extending them into the summer. Then in May the government backtracked on its policy to include doctors and nurses in the NHS bereavement scheme for NHS staff who died fighting Covid-19, but not other critical staff. Downing Street also capitulated and scrapped the NHS surcharge for non-EU health and care workers just a day after defending the policy.

Why does this matter? Surely a government should be allowed to change its mind if the facts change without being pilloried.

But this, like the other U-turns, does not appear to have been a change of direction after careful reflection. This was abject surrender in the face of heavy fire once again just a day after the Prime Minister insisted that the dreaded algorithm that threatened to upend so many young lives was “robust.”

There is a void at the heart of this government that should worry us all. Johnson’s fist-pumping campaigning style cannot conceal his weakness in the face of public opposition. Johnson is a good news Prime Minister who wants to be liked. His project, guided by Dominic Cummings, is about what he wants the world to look like, and is less about dealing with the world as it is. It’s about dreams, not the daily grind of governing.

Johnson campaigned on the simple message that he would “Get Brexit Done”. It wasn’t principle that won him a landslide victory, but his perceived empathy with a swathe of the nation that felt ignored and belittled.

The question that now poses itself is this: is Boris Johnson a one-trick pony? Does his reputed prowess as a man in touch with the people, as a winner, extend beyond that single issue?

The question that had been bothering me about the exams fiasco was partly what was the right thing to do. But it was mainly: Why does it matter? Why does it matter so much to this government if exam scores are marginally higher than they would have been if we were not paralysed by the pandemic?

Couldn’t they see, or more accurately, sense, the inherent unfairness of assessing children by algorithm, even if that brought other problems in its wake? Couldn’t they see that the first encounter of many young people with the real world was a slap in the face, a message that they should “get over it”? These are the voters who will go to the ballot box in 2024. Did that occur to them?

Why is this the hill that Boris Johnson and his Education Secretary Gavin Williamson appeared ready to die on? The U-turn just reinforces, as it did with May, a reputation for weakness and prevarication. And what does it tell us about the future?

We are living through the biggest global crisis since the Second World War, perhaps since the Great Depression. The health of the world economy hangs by a slender thread. Britain needs to negotiate its way out of the EU with a sensible trade deal that doesn’t leave us even more vulnerable than we need to be.

Beyond our shores, the refugee crisis continues, we are witnessing the rise of an increasingly assertive Chinese Communist party and a disruptive Russia. Finding ways of dealing with the threat from climate change without undermining economic growth is a huge challenge. And, of course, we cannot forget the pandemic, which the government has handled with conspicuous ineptitude and which will be with us for a while yet.

In all of this the character of the man in Downing Street matters. What he believes in matters. The people he surrounds himself with matters. Loyalty is no substitute for competence. Clement Attlee, Margaret Thatcher, Tony Blair even David Cameron appointed people to run the great offices of state who had talent.

Finally, there is the issue of empathy, of being in tune with the mood of the country. What all Johnson’s U-turns have in common is that they were out there and visible, political tripwires hiding in plain sight. He didn’t feel the pulse until it was beating furiously.

The faltering confused and ultimately disastrous way in which the issue of exams has been handled suggests that Downing Street has yet to master the essential requirements of leadership.

Until Johnson and Cummings can demonstrate basic competence then all their plans for reform and change and a global Britain are so much window dressing.