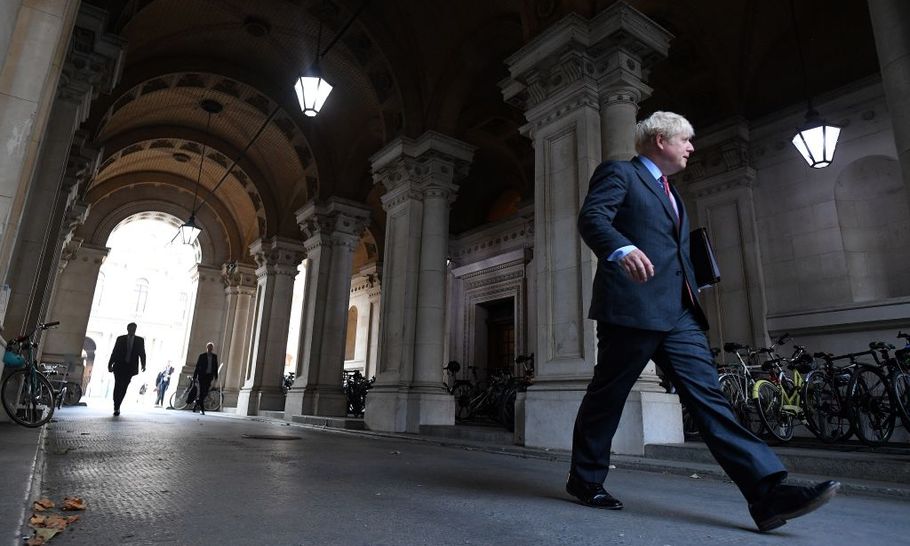 I am old enough to remember when Boris Johnson said he would “send the virus packing in twelve weeks”. That was, if memory serves me, thirteen weeks ago. Unlucky for some. Unlucky for the UK that at a time when we needed a good Prime Minister and a competent Cabinet more than ever, the politics of the day conspired to make sure we have the worst government in living memory.

When Johnson first “spoke to the nation,” as his media supporters like to describe his staged performances from behind a desk in Downing Street, I felt some sympathy for him. He had won an election on one thing — getting Brexit done — and then along came this awful other thing that nobody could possibly have predicted… apart from Dominic Cummings in his post-facto, doctored blog.

The pandemic was hard, for every leader and every government in the world. It still is. But the sympathy bank has been drained dry. As Johnson presides over a meeting of the crisis centre Cobra today, stand by for the sombre tones of TV reporters, who will almost certainly not bother to remind us that Johnson was once so cavalier about Covid that he couldn’t be bothered to attend half a dozen such Cobra meetings.

As he puts on his grown-up face when he “speaks to the nation” from Downing Street, I wonder if it will be the same room where he sat with the deputy chief medical officer Dr Jenny Harries for a little fireside chat. In that meeting, Johnson spoon-fed her questions, so that together they could tell the nation it was fine to go to big sporting events, there was no risk in schools, masks were a waste of time, public transport was safe and that Brits should not worry too much, because we are the best in the world “at this kind of thing.”

It’s called “saying what your audience wants to hear”. It’s the opposite of leadership. But as the pandemic struck, Johnson wanted nothing that might disturb his holidays, nothing that might get in the way of getting Brexit done, nothing that might prevent horse-racing fans like Matt Hancock and Dido Harding getting to Cheltenham. You see, I am old enough to remember Cheltenham with fans; old enough to remember football with fans. A whole season has ended, and a new one begun since Johnson and his medical and scientific advisers told us not to worry about thousands of Atletico Madrid fans heading to Liverpool for a match at Anfield, even though the Spanish capital was imposing restrictions at the time.

There is something fitting in Dido Harding being in charge of it. She used to work at TalkTalk. Which sums up the one thing this government has done. They Talk-Talk a lot. It is the Do-Do that they seem uniquely bad at. Even yesterday, their most accomplished Today programme t*rd-polisher, Transport Secretary Grant Shapps, was trying to deny the testing system was not what every school head, every local authority leader, every hospital and care home director knew it to be — a shambles. Deep down, Shapps knew it too. His voice gave the game away – there are some t*rds that are beyond polishing. The test, track and trace shambles is one of them.

So tonight we get more TalkTalk, as the country is dragged further into the DooDoo. More homilies from Johnson about how the nation has to pull together. More warm words for the NHS, for whose nurses we used to clap as the nation did indeed pull together, and who are now being stiffed when it comes to a pay rise. Doubtless a new three word slogan to join the catalogue of three word slogans from the nightly taxpayer-funded focus groups. Just as doubtless there will be more mixed messaging from a Prime Minister so hooked on spewing out a new slogan every time he “speaks to the nation” that he forgets the old ones. More Moonshine than Moonshot — yes, I am old enough to remember Operation Moonshot, which Johnson appeared to have forgotten by the time he appeared in front of the Liaison Committee.

I will of course watch him “speak to the nation.” So will many millions of others. But his authority and his credibility have gone. Too many false promises. Too many lies. Too many ministers exposed as second rate and still there. Too much capital has been used up in defending government rule-breakers like Cummings and Robert Jenrick for the public to accept more restrictions, as they did first time round. Too much politicking, too much dismissal of serious questions by MPs.

And I suspect one of the reasons Johnson is doing all this today, is because it coincides with Keir Starmer’s speech to Labour’s virtual conference. Call me cynical, but it’s what charlatans like Johnson make me. I knew things were serious yesterday when he actually bothered, for the first time in months, to speak to the First Ministers of Scotland, Wales and Northern Ireland. I suspect he did so in order to agree a strategy. Because a strategy, based on fact, detail, consistency and leadership, is the one thing he has lacked from Day One.

Meanwhile, away from Covid, yesterday Theresa May was exposing the government’s rottenness in another area — Brexit — and its continued commitment to breaking the rule of law. And on BBC1, Richard Bilton was exposing rottenness in another area, showing how Russian money has seeped into the Tory Party, how a man with two identities shipped ten million to the Brexit Party, and how London was the recognised money-laundering capital of the world.

As Johnson speaks to the nation, I will feel ashamed to be British — and I will not be the only one.