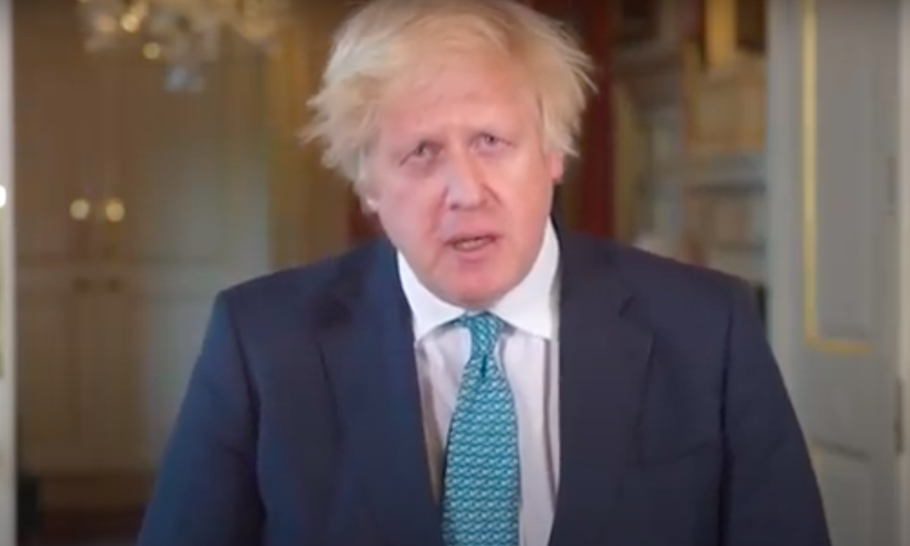 And so, days after the death which sparked a global movement, Boris Johnson roused himself to speak, with an in-house Bunker-TV video — UK leadership, 2020 style.

Carefully scripted autocue, it would seem, is all Johnson can do without ballsing up these days, and so off he went, hoping that a few Guardian-style phrases would make us all forget the Telegraph-style piccaninny, Muslim letterbox, casual and not-so-casual racism with which he is more at home.

You did not have to be a trained news-hound, or a sharp-minded political operative to know the second you saw the film of George Floyd with a knee on his neck, that news of his death would travel far, and the consequences would be huge, both in the US and beyond. As with Covid, the UK government was caught flat-footed.

So often, it takes the story of one human being to bring a bigger political reality into sharp focus. We saw it in the UK recently when the story of Dominic Cummings’s trip to Durham brought home the truth that the Vote Leave clique, who won power by posing as fighters for the people against the elite, is as elitist as they come. Hypocrisy was exposed, and a naked emperor, Boris Johnson, laid bare.

By a curious coincidence, it was on May 25, as George Floyd was dying in Minneapolis, that Dominic Cummings was lying in the Downing Street garden.

The story of Floyd’s death — anti-black racism — is a story that runs through American history every bit as much as elitism and class snobbery run through ours, and of course our own history on race is hardly one that covers the UK in glory. None of the issues that his death brought out are new — racism in policing, inequalities across the economy, employment, education, health, housing, criminal justice are all familiar and controversial.

Just as Johnson in his arrogance felt UK superiority and exceptionalism would see off Covid, so he and his colleagues looked at Floyd’s death in America and thought “well, it wouldn’t happen here.” Hopefully not. But, as he belatedly recognised in his Bunker-TV address to the nation (no questions allowed in case he says what he really thinks) those inequalities are here. Further, for all his talk of how “proud” he is of his record on race, his government has shown precious little interest in addressing those inequalities.

It is only because Floyd was filmed as he forced out the words “I can’t breathe” that the impact of this one death has reverberated around the world. Without that, the police officers involved would probably still be working. And here in the UK, the statue of slave trader Edward Colston would still be erect, when so many in Bristol and beyond have wanted it gone for decades; police officers would not be nursing wounds; scientists would not be worrying that the huge protests in many different parts of the world would have a detrimental effect on attempts to control coronavirus.

Could anyone have seen that coming when the Floyd footage first emerged? Not, perhaps, in those exact details, but in terms of a general and potentially explosive reaction, absolutely.

There is something profoundly tone-deaf about this government. That is the other myth the Johnson/Cummings scandal exposed — that these people have their finger on the pulse of the nation. They actually have a horrific lack of empathy, a quality essential in politics. But should we have been surprised that ministers who daily trot out the robotic cliché that “our thoughts and prayers are with the families of those who have sadly died,” when it is blindingly obvious their thoughts and prayers are anywhere but there, failed to see the likely reaction to Floyd’s death here?

There is the anger of now, and there is the anger caused by the long-standing truths and inequality and injustice. The anger of now, provoked by seeing how he died, was intensified by people having been cooped up for so long. That was further exacerbated by the Cummings scandal, and Johnson’s reaction to it. Ministers were the last people on earth likely protesters were going to listen to, when told to stay home to save lives, when they had been busy all week defending Cummings for doing the exact opposite. And last night, I am sure I was not alone in feeling fine words about the need to obey the law for the good of society as a whole are forever tainted by his tolerance of Cummings.

Leadership really matters in these difficult moments, and words matter too. Johnson’s first words on the issue were dragged out of him at Prime Minister’s Questions six days ago, when he was more motivated by not offending Donald Trump, than in calling this out for what it was.

The words were mealy-mouthed; the leadership was vacant. When anger is real, the minimum that a government must communicate is that they get it. That is a lot harder, however, when they don’t, and the let’s be frank about this — the Bunker-TV broadcast was prompted more by fears of a breakdown in law and order than by genuine concern about the issues at the heart of the protests. He might have been wise, too, to have left mention of Windrush for another day.

I will say a rare word in defence of Johnson. He is not quite as bad as Trump on this front. But he has the capacity to be so. It was certainly telling that at the weekend, the words criticising the removal of a statue of a long-dead slave trader were far harsher than the words used to criticise a brutal murder in broad daylight, or the American President’s attempts to exploit it to his own political ends.

Tens of thousands have died due to the government handling of Covid, yet statements offered to Parliament have been given under duress. The Colston statue had barely hit the ground when Johnson’s twitter fingers got working, and Priti Patel was announcing she would make a statement to the House.

If only they showed such urgency in trying to establish why so many of the doctors, nurses and care workers who lost their lives to Covid were of black and ethnic minority backgrounds; if only they hadn’t elected as leader someone with such a track record of racism in his journalism and campaigning, which he was more than happy to exploit in the Brexit referendum, and the anti-Muslim variety of which has driven Tory election strategy against London Mayor Sadiq Khan. If only they had showed in word and deed, on the day George Floyd died, that they understood the anger, and they understood why that anger was shared here, fewer police might be injured and fewer black people would be fearing that true equality will never come.