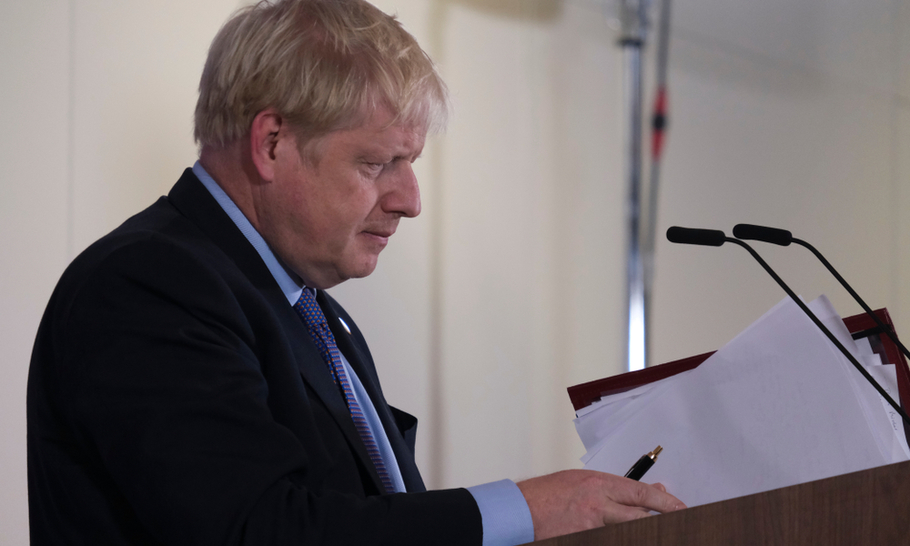 After a campaign that looked at times as if the Conservatives were at risk of delivering only another hung parliament, Boris Johnson has his  majority.

The promise that he was the man to deliver this — the first decisive Tory victory since 1987 — was implicit in his campaign for the Party leadership this summer. Indeed for a man with little by way of a defined ideology, the idea of him as “a winner” is perhaps the greater part of his appeal.

The Conservative majority has been won through decisive breakthroughs in the Midlands, the North of England, and Wales, enough to offset disappointing performances in Scotland and London. This is in line with theories that British electoral politics is realigning around new coalitions, which have emerged in the wake of the Brexit referendum.

Doubtless the party will be delighted, and it should be. A proper majority means at least a break from years of soul-crushing parliamentary deadlock, and gives the Prime Minister an opportunity both to “Get Brexit Done” and to deliver a domestic agenda as well.

Yet, just as the Romans had a man at the ear of their greatest generals during their triumphs to remind them of their mortality, so the Tories should not allow the great headline figures to blind them to the real strategic challenges posed by these results.

First, there’s the obvious challenge to the Union. The SNP is on track for a very strong result. Meanwhile, the government’s erstwhile allies in Northern Ireland, the Democratic Unionist Party, are also on track to lose ground on several fronts, including a defeat for its Westminster leader Nigel Dodds.

Johnson has adopted plenty of robust rhetoric on the Union, including a pledge not to give the Scottish Nationalists a re-run of their “once-in-a-generation” referendum on independence. In my view, there is a strong practical and moral case for such a moratorium.

But it will take a great deal of determination and political skill to pull off, and unionists will recall that the Prime Minister adopted a similarly tough line on a border in the Irish Sea. There will be many siren voices urging him to make concessions and hope for the best.

Either path holds huge dangers, both for the Party and for the country.

Next, London. As I noted in my battleground profile, London is growing into a real problem for the Tories. Even in an election where they are making huge gains nationwide, they are losing seats such as Putney to Labour. Seats that voted Conservative in 2010 were not even on the radar this time.

It is no longer out of the question that London could, in the near-to-medium future, become the Tories’ next Scotland. This is very bad news, not only because London is in itself bigger than Scotland, but because its reach extends beyond the city’s formal boundaries, with overspill pushing seats as far afield as Brighton and Canterbury away from the Conservatives.

The Tories have had an urban problem for some time, and not yet been spurred to put serious effort into tackling it. That needs to change.

Finally, there is the instability of their current coalition. There is always a danger for commentators of looking at what is happening immediately around you and prematurely declaring it the product of a definite trend. Advocates of the realignment theory could fall into the same trap.

The party must not forget that it has benefited from some quite specific circumstances in this election: the evident appeal of “Get Brexit Done”, and an electorate that has proved deeply hostile to Jeremy Corbyn. If the Prime Minister does manage to deliver our departure from the EU and defuse the issue, or if Labour manages to elect a less toxic leadership, important elements of last night’s coalition could peel away. If both occur, it could unpick altogether.

Even if that doesn’t happen, the government faces a tricky challenge of trying to deliver a domestic political agenda which delivers for this very unusual Conservative coalition. I have written before about the thinness of the Tory policy offer at this election, and while this does give them plenty of room for flexibility, it could also be evidence of a party — and a leader — too focused on Brexit to develop a proper domestic programme.

The headline fact remains that, after almost a decade in office, despite austerity and years of intermittently hapless government, the Conservatives have just held power after a fourth consecutive election. They are currently on track to exceed New Labour’s 13-year reign and, given the mountain Labour now needs to climb, could end up near the 18 years delivered by Margaret Thatcher and John Major.

But just as the Party went from the highest popular vote in history in 1992 to an epic defeat five years later, last night’s result could contain the seeds of the Government’s destruction. If Johnson wants to avoid that fate he must invest serious energy, and cash, in tackling these challenges head-on.