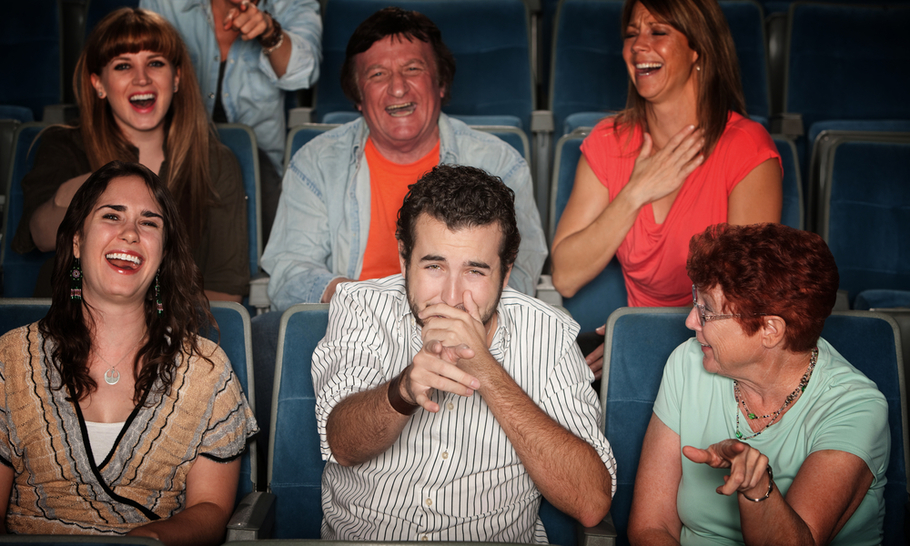 Ludwig Wittgenstein wrote that it might be possible to produce a well-constructed philosophical text comprised entirely of jokes. He would, in that possible world, function better as editor than contributor. His point, I think, is this: that most, if not all, problems in philosophy which are held to be “intractable” arise because we are susceptible always to linguistic confusion and that humour can do a “shock and awe” thing on the cruel mistress of language.

Wittgenstein was no “stand-up”. He was a sort of caricature of what the ascetic philosopher should be. He was born into one of the wealthiest families in Austria and rejected that privilege at various points in his life — usually when he was skint. He was a genius of a very sui generis type. His favourite pupil was the equally eccentric Elizabeth Anscombe, a person of similar brilliance against whom I lost a drinking competition at a conference in Durham in 1990.

I mention that mainly to keep your attention, but the facts are true. Miss Anscombe (as we had to call her, though she was married to another philosopher, Peter Geach) was convinced that the “ordinary language” approach of 1930s Oxbridge at best skimmed across the pond. And that Wittgenstein, her close friend, thought the same.

We can’t understand the nature of “humour” unless we attend to the nature of the mind. “Humour” is a cluster term, in need of pre-theoretical clarification. Roger Scruton defined the relevant terms of discussion in an essay he wrote some years ago. What is happening when we laugh at a joke? Several things, and they are conceptually interconnected: amusement is a mental state, the expression of which is laughter and the object of which is humour. Things out there are not funny until they are dragged into the circumference of human thought. Things cannot be funny independently of our capacity to think of them as funny. How could they be?

There is an “ethics” of humour, but people look for it in the wrong place. It’s not that it is “wrong to laugh at this”. That analysis puts the burden of discussion in the wrong place. It is wrong to laugh at certain things, not because of the thing you are laughing at, but because human persons are (as far as we know) unique in kind and have a concomitant responsibility to order their feelings in the right directions. Hyenas laugh too, but they’ll never crack a joke. We have the gift of amusement and there are right and wrong ways of experiencing that feeling. Why it is wrong (as it is) to laugh at a Holocaust joke is not because — or not simply because — of the awful facts of the Holocaust, but because of the damage you do to yourself when, in finding it amusing, you feel shame.

I opened with Wittgenstein because he supplies an irony. There is no theory of what makes something funny rather than not, which can be immune to the peculiarities of any individual joke. The varieties of humour are maximally disaggregated: mimicry is not the same as caricature; irony is not the same as sarcasm; a misdirection à la Ronnie Corbett is not quite the same as a misdirection smugly introduced by Ricky Gervais. Just as there is a mystery about the mental state we call “amusement”, we might have to agree that there is, possibly, no way we can define “humour” — if by “define” we mean “supply necessary and sufficient conditions” as to when it happens.

Those distinctions are significant. The person who discerns in themselves a talent for irony has a responsibility not to let the irony become a talent for sarcasm. They will lose the gift they are given.

We are here in a sort of conceptual minefield. It’s a sort of irony that Wittgenstein, the philosopher who proposed that there is no “essential” element to any human activity, proposed a book of jokes, knowing that no such book could ever, in its own terms, be written. Having started with him, and given the subject matter, it’s only fair to reference the wittiest contemporary philosopher. Just to prove they have a sense of humour.

The late Sydney Morgenbesser (basically a genius beyond the scope of this correspondent) was once asked about the merits of pragmatism: “It’s a good theory,” he said “but it will never work in practice.”