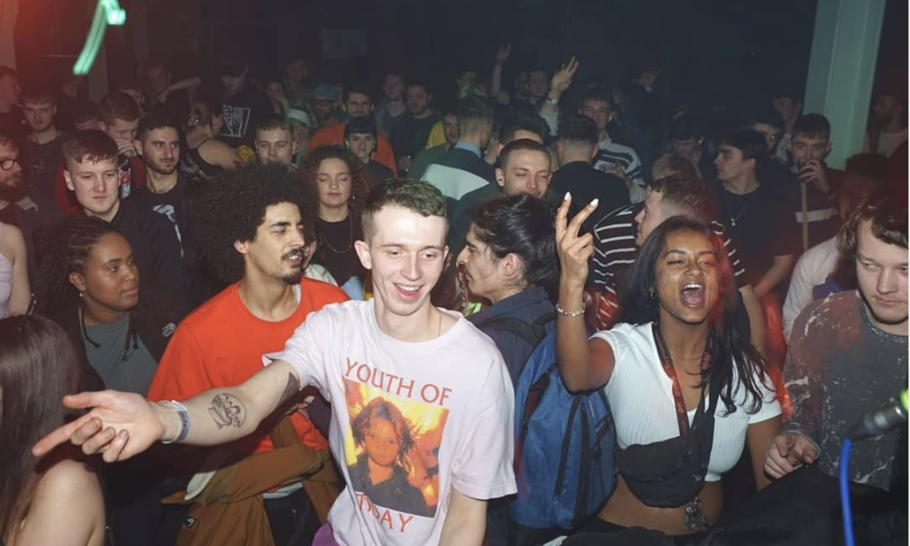 Last week, Parliament debated the “Let Us Dance” petition, which has gained 145,526 signatures in the past couple of months.  It is a response to the complete closure of night clubs, events and festivals since the beginning of the first lockdown, and the fact that unlike theatres, cinemas and other cultural institutions, they have received very little governmental financial support. As a consequence, historical music venues across Britain are at risk of closure and thousands of people have lost work, without any reassurance they can go back one day.

The petition simply asks ministers to “extend funding to nightclubs, dance music events and festivals as part of the £1.57 billion support package announced by the Government for Britain’s arts and culture sector to survive the hit from the pandemic”.

This petition should not have been necessary. The logic of the request is irresistible, especially considering state support of other sectors in the arts, that the government’s evasion of the UK’s fifth largest sector must be critically explored. Did they really just forget about the many promoters, club owners, DJs, MCs, sound engineers and bar workers who provide millions of people across the country an opportunity to dance, socialise and reboot? Did the government decide to have a power nap when the inclusion of one of the country’s biggest tourist attractions in the cultural support package was under discussion? Was everyone on holiday when 72 per cent of night clubs had to make over half their employees redundant, with 75 per cent of grassroots venues across the UK now at risk of closure?

The sentiment experienced by this industry is epitomised by a tweet by the former Conservative Health Minister, Edwina Currie:

“If your industry is making nil money right now, with nil customers, with no prospect of recovery for ages…please, I beg you. Go do something else. It might not be as glamorous, but it could also be useful. An education, even…”

A further kick in the teeth for clubs were the crippling restrictions, including a ban on all singing and dancing. And why is recorded music not allowed to be played above 85 decibels, when live instrumental performances are not under the same restriction? It appears clubs, raves, and much of British nightlife are being targeted. One is forced to wonder why. The mixing of recorded music by a DJ to build moods, tell stories and get people dancing is an art form — one that is perfected over years of work. Thus words like Currie’s reveal an embarrassing ignorance of many careers that allow for an activity that much of the population, especially the young, build their entire week around. So why the penalisation?

Perhaps we can find the answer in the genesis of British club culture: the Sound System. The Sound System is the precursor to “rave culture”, and still remains at the heart of so much British music and nightlife. What is a Sound System, you ask? It’s a big question, but for the purposes of this short article, I will simply define it as a unique set of equipment that often plays bass-orientated music to crowds, run by a sound engineer, a DJ and an MC (who speaks into the mic). It is an extraordinary technological, cultural, political and artistic achievement. Invented, developed and globalised by Jamaicans and the Afro-Caribbean diaspora during the later 20th century, for many Black people in Britain the Sound System is an integral part of their identity. Nearly 40 Sound Systems play at Notting Hill Carnival, which is one of Britain’s biggest annual events, and a true celebration of Black culture.

This is beautifully explained in the recent Dub Exhibition at the Museum of London, which I hope will reopen in December when the present lockdown ends. The show chronicles the Dub genre with words, photographs, film and music. A child of Roots Reggae music, Dub is synonymous with Sound System culture. A “dub” track was the B-side of a vinyl record, in which the vocals of a song would be subtracted, thus leaving just the instrumental, allowing the MC to vocalise over it during a Sound System performance. This idea was developed by Sound Systems and music producers in the UK, creating the genre that, during the 1970s and beyond, became what the exhibition’s Sistah Sheer Levi-Stuart calls “the expression of the African spirit, freedom and rhythm, passion through generations”.

She explains that because of the systemic racism suffered by the Black immigrants that had been invited to the UK: “The young generation aspired to re-connect with their African Heritage and to free up their minds… Music from Jamaica fed this quest and dub music was especially effective. Conscious youngsters were able to enjoy a sound that fed their sense of freedom through dancing and listening. Dub music in London at that time created a socially cohesive oneness amongst youths, youth who felt excluded from the mainstream society.” Sound System culture empowered an institutionally marginalised group of people. Is it a stretch to connect this history to the government’s disdain for the industry built upon it?

Young white sub-cultures also became intrigued by Sound System culture. Black Reggae crowds started attracting the white Punk Rockers of the late 1970s, who supported the anti-establishment messages of Reggae lyrics, and the Sound System’s high volumes and rebellious use of city space. Without Sound System culture, the famous “Summer of Love” — i.e. the illegal rave scene that began in the late 1980s, which created unique spaces where interracial mixing could take place — would never have happened. Acid House, Hardcore, Jungle, Techno, Drum and Bass, Garage, Grime, Dubstep — all the music genres that make the UK club scene unique — would never have happened. And thus neither would the industry that is being currently destroyed by Covid-19 and the government.

I use the term “industry” only to emphasise the club culture’s economic value. But the term does not successfully encapsulate its importance in so many lives. A vast academic literature has discussed the act of “raving”, “going out” and “clubbing” as a spiritual, meditative, stress-releasing, relationship-strengthening, relationship-forming, artistic, life-changing opportunity. Indeed the thought of never being able to go to a club again where I can dance freely with my best friends, to music I love, fills me with dread for life ahead. The dancefloor is where all my favourite memories reside. It has made me who I am today.  I may sound like a dramatic youngster, but I am not exaggerating.

Yet my words will probably not persuade that part of the population that shares the attitude of Edwina Currie and the government: “You have to feel it…I could tell you about Sound System from now till tomorrow morning, but you have to feel Sound System to know what Sound System is about,” says Mikey Dread from the famous Channel One Sound System (featured in the Dub Exhibition). With the belly rumble from the bass frequencies, sweaty and smokey aromas, the sight of light and darkness dancing with each other, and sound directing every which way you move, the Sound System event impacts the senses like no other. Perhaps because its power lies in the subjective sensory experience, ministers who have no such experience have put the survival of these events — indeed, the entire night life industry — at the bottom of their to-do list during this turbulent time.

Whether Tory MPs simply lack experience of rave, or they are prejudiced against an industry founded on the expression of Black identity with an anti-establishment ethos, or whether this hostility is a new Covid symptom of amnesia, only affecting those in charge of the budget, one thing I know for sure is that this is an industry that will not just fade away. What would the government rather do? Put ever more money into policing the illegal raves that will continually increase in size and frequency without licensed venues to go to, or give more support for an industry and way of life, that, for millions, make this country worth living in?