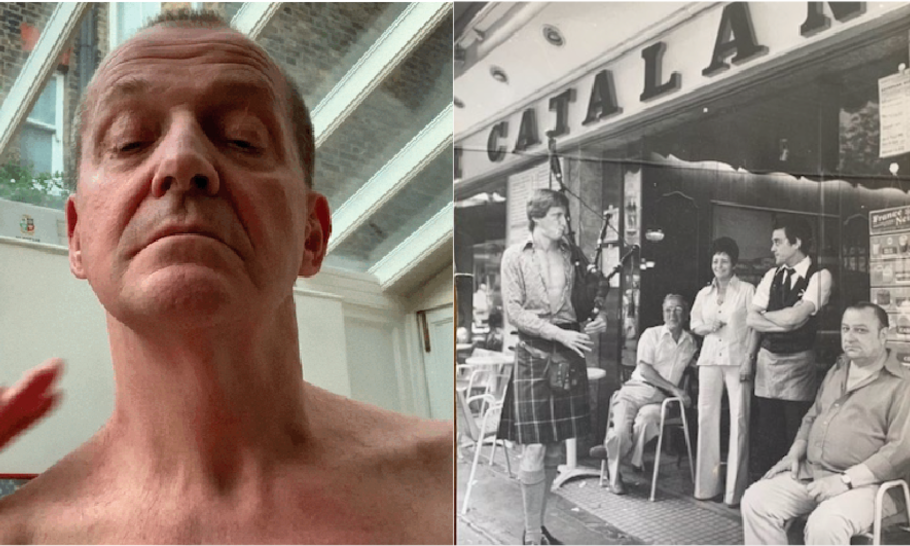 I will spend much of the rest of the day thinking about, and writing about, the Prime Minister, and the effect his struggles with Covid-19 will have on the government and the country. For my initial thoughts, see my twitter feed, @campbellclaret where in addition to sending good luck to Boris Johnson and his doctors and nurses, and best wishes to his family and friends, I set out some helpfully intended thoughts for the rest of government about how they must now respond…

…And now, back to the piece I was writing last night when the news broke of Mr Johnson’s move to an intensive care unit, and I shut down the laptop and watched the news channels.

It concerns hair — my own.

I am not, as my friends know, the most fashion-conscious person in the world. I like to be reasonably smart (if not in these days of lockdown, when T-shirts, training tops and track suits are getting decent wear.) I have some OK shirts, mainly bought in airports, and a nice collection of ties, though usually I wear a claret and blue Burnley FC tie.

I have a smallish wardrobe of not bad suits, though I would not know a Hugo Boss from a Paul Smith, let alone a Stuart Hughes from a Dormeuil Vanquish. (Yes, I just googled “expensive suit brands UK”, and almost had a seizure!)

As for what I call “moisturiserland”, this is an alien world to me. I shave without foam, and have never used after shave or face cream or hand cream or any other cream.

However, there is one part of all this that matters to me, and that is my hair. Not so much how it looks, but how it feels. And whenever it feels too long, too heavy, I go a bit haywire. On how it looks, my regular barber is Palushi’s in Gospel Oak, Albanian Arsenal fans who charge eight quid and I give them a tenner. In France, on holiday, day one, I am at Carla Coiffure, ten euros. Otherwise, it’s airports again. Riga in Latvia was the best. Beautiful. (The hairdresser, not my hair.)

Even in the days when everyone had long hair, I didn’t. The picture of me busking with my bagpipes outside a bar in Catalonia in the late 70s (see above) is as long as it ever got.

My hair grows really quickly, and as soon as it reaches that point where I can actually feel it on my head on waking, and when I run my hand through it, anything approaching an inch is falling over my fingers, I am antsy and stressed until it is cut.

It might be a childhood thing. When I was growing up, my Mum cut our hair with thinning scissors which, I later discovered, she also used when trimming the dog. You’d have thought this might have encouraged the traditional long hair rebellion, but no, not me. (My Mum, God bless her, would be so happy to think her hairdressing skills were finally being recognised, several years after she left us.)

So, when the lockdown came, and hairdressers were not on the list of key workers, (as they are in Australia apparently) among the many reasons I hoped it did not last too long was my hair.

But as it has become ever more clear this lockdown might well be measured in months not weeks, at the weekend, I cracked. I could sense the haywire hairwire feeling coming on fast.

“You can’t, they’re not key workers.”

“I’m doing it myself then.”

“You’re dysbraxic, it will be a total disaster.”

She found an old set of Wahl clippers, which our son’s former girlfriend gifted me about ten years ago after she had cut my and his hair. They’d sat unused in the cellar ever since… until now.

There were no instructions, but Fiona is practical, and worked it out. She started with a Number 7, but next to nothing was coming off. Down to Number 4, and though some of the hair was being cut, it was hurting.

“Your hair’s just too thick,” she said.

She hacked away with scissors to thin it out, then we got down to Number 3, and now we were motoring. She was moving to Number 1 for the sides when our daughter Grace came in.

“Oh my God,” she said, “what on earth are you doing? Dad, you look like…” initially she couldn’t bring herself to finish the sentence, she just didn’t know what to say. “…Sean Dyche!” She said.

“What? He shaves his head!” I said. I have all my life wanted to be the Burnley manager. But I certainly don’t want to look like the current one, a poor man’s Stone Cold Steve Austin.

Stung by the Dyche comparison, it was time to look in the mirror… oh my God. The problem was there was now more on the sides than there was on the top.

“You’ll just have to keep going,” I said to Fiona. “More off the side.”

Grace could barely bring herself to look, as more and more hair fell to the floor.

“Are you sure about this Dad?”

Fiona was in her full stride. “It’s strangely satisfying,” she said. “It’s like mowing the lawn.”

And indeed, from the top, now it rather looks like one. Striped.

I kept social media followers up to date with progress, and it was clear I was not alone in having allowed partners or children to make debut haircuts. All I can say, looking at some of the pictures that came back, is that I was lucky by comparison. I found myself garbling the words of ministers, once on a Brexit deal, now on coronavirus testing: “a bad haircut is better than no haircut at all.”

And anyway, what’s a few days having to wear a baseball cap, though not the “Make America Great Again” variety that the Brexiteers Arron Banks and Andy Wigmore were suggesting I adopt. I’d rather be bald than wear that.