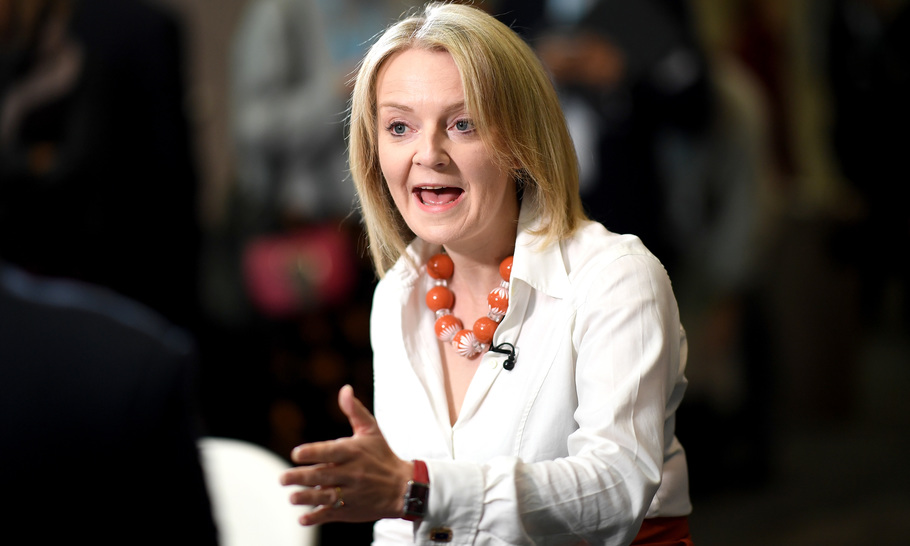 Amid the continuing turmoil of the Brexit negotiations, the Conservative Party is quietly changing. A new generation of potential leaders is eyeing Theresa May’s floundering premiership with an eye to replacing her at the very top. One of the dark horses in the race is Liz Truss, the current No.2 at the Treasury under Chancellor Philip Hammond.

Truss was first elevated to the Cabinet in 2014 during David Cameron’s tenure. The reshuffle was, at the time, semi-controversial for what many saw as a tokenistic rise in the number of women—it was also the reshuffle that saw Amber Rudd, Nicky Morgan, Esther McVey and others receive promotions. Since then, talk of tokenism has evaporated, and Truss has remained a fixture at the top of Tory politics.

Her supporters in the Conservative Parliamentary Party—and among the activists in the country— are disproportionately young. Truss was a crucial part in the foundation of the new Tory-aligned collective, FREER, which aims its campaign for “free enterprise and social freedom” at those in their twenties-to-forties. The group, which often invokes the successes of Silicon Valley and the great achievements of the American tech sector, is manned by a cadre of young, optimistic MPs, many of whom were only elected in 2015 and 2017. They are almost all vexed about what they see and Britain’s burdensome attitude to business.

Truss is one of a growing number of libertarians in the parliamentary party, sceptical of the ‘nanny state’ and the government’s instinct to ban things and impose ‘sin taxes’. At a speech to the LSE earlier this year, she said “I don’t think it is our Government’s role to tell us what tastes we should have. Too often we’re told we’re drinking too much,” she said, “or maybe that’s just me.” Parliamentarians like Jack Brereton, Kemi Badenoch, Luke Graham and Lee Rowley seem to be thinking along the same lines – they are younger than most Tory MPs, and are less nervous about talking up the free market than most Conservative MPs.

Truss’s approach to social media is a novel one in Tory circles, too. Whimsical and (dare I say it) a little fun, Truss has become famous for her Millennial-style use of platforms like Instagram and Twitter. Never far from posting an update, the Chief Secretary can be relied upon to invoke popular culture: whether quoting Calvin Harris when attacking Corbyn (#acceptableinthe80s) or affectionately referencing Destiny’s Child (and “All The Honeys Making Money”) her presence in the political ether challenges the stereotype of Conservatives as dour, colourless bank-managers and aristocrats in thrall to the past. You could, if you squinted, imagine Truss dancing, goofily, to the latest chart hits and knowing all the words. She has even called for her colleagues to be more “out there” on social media in a bid to win the next election—a suggestion that, needless to say, has not been universally adopted by her colleagues.

Should the Chief Secretary decide she wants to succeed the prime minister, these (generally) younger and more digitally-savvy followers may become her secret weapon. As David Cameron’s election to party leader in 2005 showed, the Conservative Party will often reach for fresh, future-oriented leadership when times look tough. And times most definitely do look tough. In 2005, it was fruit smoothies and a youthful charisma that ended up knocking former-SAS man and ex-Europe Minister David Davis into second place and winning Cameron (untested in a ministerial post) the leadership. Could an equally bold challenge deny the leadership to an older, more traditional favourite in favour of Liz Truss?

Stranger things have happened. But the popularity of her style of conservatism within the party will prove a setback. Dominic Raab, Priti Patel, Liam Fox, Boris Johnson and Jacob Rees-Mogg all share similar (although not identical) views of where the party has gone wrong. All of them are likely to stand in any future leadership contest. It is also not 2005. When Cameron clinched the leadership with fruit smoothies and a heavy dose of charm and chancer’s luck, the Tories were devastated from three general election losses and willing to give a confident clique from Notting Hill a chance to transform the party.

In 2018, as bad as things look, the Conservatives have still come first in the last three general elections —and are sitting on eight years in government. The Conservative party knows that whoever comes after Theresa May must be a strong choice; someone who can unite the party after Brexit and keep Corbyn out of Number 10. Liz Truss’s attempt to woo younger voters away from Labour could look tempting. Time will tell if it is convincing.